It’s not just the West that has treated the Beirut bombings with apathy, but also the rest of the Middle East.

Adel Termos did not hesitate to throw himself at the man he saw approaching a crowded mosque with an explosive vest. He was instantly killed when the bomb went off right in front of his 6-year-old daughter, who survived, along with hundreds of others because of his sacrifice.

Termos’ heroism, however, went largely unnoticed by the rest of the world. On November 12, the Islamic State (IS) killed 43 people in a twin-bombing attack in Burj al-Barajneh, a predominantly Shia neighborhood in southern Beirut.

The following day, IS launched a series of attacks in Paris that killed 130 people and wounded hundreds more. While the international community reacted to the Beirut bombings with apathy, they were horrified by the Paris attacks. The media coverage surrounding the terrorist attacks, and the magnitude of solidarity that individuals shared with the French, was unprecedented. But it left the Shias of Lebanon wondering why they were forgotten.

This is not the first time the West has brushed off a horrific attack like the one in Beirut, but it nonetheless demonstrates extreme double-standards. US President Barack Obama called the atrocities in Paris an “attack on civilization” and a “blow on humanity,” while barely paying lip service about the Beirut bombings. His statements insinuate that Lebanese Shias are not a part of the civilization that the United States and France belong to. Thus, an attack on them is not a blow on humanity.

The media also sought to dehumanize Shias. Reuters described Burj al-Barajneh as a “Hezbollah bastion,” while The New York Times called it a “Hezbollah stronghold.” Media outlets reduced the residents of the neighborhood to being mere supporters of Hezbollah, which is deemed a terrorist organization by the West, stripping them of human value for readers.

To add insult to injury, Lebanese watched as people around the world used a French flag filter over their profile pictures to show support for Parisians, courtesy of Facebook. The social network also activated a safety check for those inside Paris during the time of the attacks, which immediately notified friends and family that they were safe with the click of a button.

Facebook typically reserves this feature for natural disasters, but made an exception for the Paris attacks. While Facebook’s actions were a noble effort to allow people to show their support for France, it illustrates an extreme double-standard held by those in the West—that greater human value is awarded to people in the West, while less is given to those in the East.

In 1978, Edward Said, a noted scholar, described this phenomenon as “Orientalism,” which is the idea that Western identity is superior in comparison with all non-Western people. As evidenced by the different reactions to both IS attacks, not much has changed.

It is understandable why Westerners would feel a closer affinity toward the French than the Lebanese. They share a similar culture, religious practices and have an undeniably longer history that predates any relations the US has had with a Middle Eastern country. It is only natural that an attack on the French pulls harder at American heartstrings than one on the Lebanese.

However, Orientalism is still at play because of people’s misconceptions of Lebanon, due to their bias against people from the East. Lebanon is seen as being a war-torn country where violence is the norm. Conflict is inevitable, as it is in any other country with a significant Muslim population. It came as no surprise when news of the Beirut bombings was received with insignificance, like any other casualties coming from the Middle East.

But it should have. Lebanon has surprisingly faced relative calm in comparison to other states in the region, even though it borders Syria.

Despite its deeply divided society between Maronite Christians and Sunni and Shia Muslims, Lebanon’s sectarianism tends to run through its politics. Although groups like Jabhat al-Nusra from Syria have launched attacks in Tripoli, a city three hours north of Beirut, authorities have been successful in not only quashing other attacks, but also preventing the violence from spreading deeper into Lebanon.

The population of Tripoli largely reflects that of Syria’s, with a majority Sunni population and a minority Alawite community. It also hosts one of the largest Palestinian refugee camps, which radical Islamists see as prime recruiting grounds into their organizations because of Palestinian animosity toward the government, which has failed to not only provide them with a pathway for citizenship, but also integrate them into Lebanese society.

Paris, ironically, has suffered from more recent terrorist attacks on its civilian population than Beirut. Its most recent attack before November 13 took place earlier this year, when gunmen brought France to a standstill over three days of terror. Prior to that, a series of stabbing rampages, vehicle ramming and other shootings have plagued the European state.

Even Arab countries, which have a greater understanding of how unprecedented the attack was on Beirut, have not even condemned the bombings. It was not only the West that received news of the bombings with apathy, but also the rest of the Middle East, particularly Sunni Arab states.

The Middle East has a Shia problem for two reasons: First, many Arabs view Shia Muslims as heretics, and second, because Syrian President Bashar al-Assad is from the Alawite sect, an off-shoot of Shia Islam. Assad’s oppression of the majority Sunni population drove the uprisings in 2011, when Syrians were inspired by their Egyptian and Tunisian counterparts to take action against state injustice. Assad has largely been able to hold onto his power because of groups like Hezbollah, who entered Syria shortly after the conflict began to help bolster his regime. As groups like the IS evolved inside the country, and off-shoots of al-Qaeda began to emerge, the Syrian conflict adopted a sectarian nature that soon spread throughout the rest of the region like a disease. Syria has since become a proxy war between Sunnis and Shias.

It is for this reason that powerful countries like Saudi Arabia swiftly condemned the Paris attacks, while remaining silent on the Beirut bombings. Similar to how many people in the West may negatively view the Shias of southern Beirut, many Sunni Arabs also believe that the Lebanese deserve to feel the wrath that Hezbollah has helped entrap the Syrian people in.

But Lebanese Shias are not calling for the slaughter of the Syrian people. Most did not support Hezbollah’s initial involvement in the Syrian Civil War. Over time and as the conflict grew and introduced new actors like the Islamic State, they began to realize that Hezbollah was a necessary evil to prevent a spillover of the Syrian conflict, despite the human rights atrocities the Shia movement was committing next door.

Hezbollah continues to be the most formidable security force inside Lebanon, even though foreign aid from Saudi Arabia and the US has helped strengthen the Lebanese army. This fact has greatly afflicted the Lebanese, especially Shias, who have been delegitimized by the actions of Hezbollah inside Syria.

However, they do not have much of a choice but to support the organization. Hezbollah is the main Shia political party in Lebanon, and it has provided the group with its first real representation in government—whose power has disproportionately favored the Maronites and Sunnis, thus marginalizing the Shia. Lebanese Shias support Hezbollah not for its terrorist activity and aid to the Assad regime, but because without it, they would wield very little power inside Lebanon.

The consequence is that the rest of the world—both the West and the East—has dehumanized Shias and ignored their recent devastation by the Beirut bombings. And it will likely not be the last.

The Paris attacks reminded Lebanese Shias of how unimportant they are in the eyes of the international community. Despite this, the Lebanese have still mourned for the French. The death tolls in Paris may have far exceeded that in Beirut, but the magnitude of the bombings could have had the potential to kill hundreds more if it wasn’t for the courageous sacrifice of Adel Termos.

While Shias have been marginalized and forgotten, so too have the Syrians, who endure what the French and Lebanese went through on a daily basis.

As the world rallies around the Parisians, the Shias of Burj al-Barajneh struggle to rebuild their community and come to terms with not only the loss of loved ones, but also the disregard for their humanity that was made so apparent in the world’s reaction to the Beirut bombings. 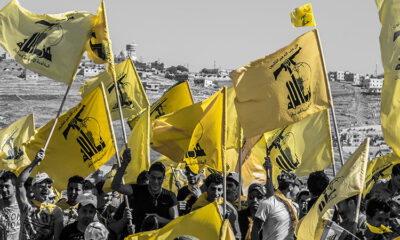 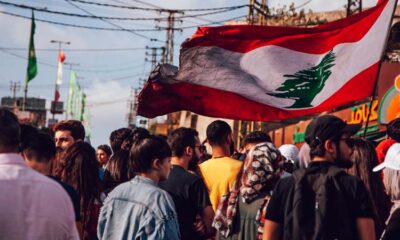