Women’s sports are likely to be a key test of Saudi Arabia’s ability to tackle its social, political and economic challenges with Vision 2030.

Saudi Arabia is projecting miniscule steps to reverse decades of denial of women’s sporting rights as evidence of significant changes in the kingdom that aim to diversify its energy-dependent economy and upgrade its autocracy. The steps include the appointment of a member of the ruling family to oversee women’s sports and the doubling of the number of women participating in the Olympic Games from two to four.

Human rights activists and Saudi dissidents noted that the kingdom delayed the announcement of the appointment in March of Princess Reema bint Bandar bin Sultan as the kingdom’s first head of the women’s section at the General Authority for Sports, the equivalent of its sports ministry. Princess Reema is the daughter of Prince Bandar bin Sultan, the powerful former long-standing ambassador to the United States who also served as secretary general of the National Security Council and director general of intelligence.

It was not immediately clear what responsibilities and authority Princess Reema would have. Nor was it clear to what extent Saudi Arabia intends to lift restrictions and facilitate women’s sports.

The General Authority has long upheld policies that largely ignored women’s sports. It also employed consultants in recent years to develop the kingdom’s first national sports plan—for men only. Saudi Arabia reluctantly sent, for the first time in its history, two women athletes to the Olympic Games in 2012 after the International Olympic Committee (IOC) threatened to ban the kingdom.

Princess Reema’s appointment was “timed for Rio to get positive coverage. Nothing will change,” said Ali al-Ahmed, whose Washington-based Institute of Gulf Affairs has long campaigned for women’s sporting rights in Saudi Arabia.

Delaying the announcement of her appointment “isn’t encouraging, but she’s all we’ve got to move the ball down the field,” added a human rights activist.

Women’s sports are likely to be a litmus test of Saudi Arabia’s ability to tackle its social, political and economic challenges head on and move forward with Vision 2030—Deputy Crown Prince Mohammed bin Salman’s outline of how the government hopes to diversify the economy, streamline its bloated bureaucracy and safeguard the Saud family’s grip on power.

Drafted by Western consultants, Vision 2030 was announced in April. It identifies sports “as a mainstay of a healthy and balanced lifestyle and promises “to encourage widespread and regular participation in sports and athletic activities.”

The document makes no reference to facilities for women in a country that has, so far, largely refrained from introducing physical education for girls in elementary and secondary schools and has virtually no public sports facilities for women. The government, nonetheless, is expected to legalize hundreds of women’s gyms that operate in a legal nether land, designating them as fitness and wellness centers rather than gymnasiums.

Vision 2030 further fails to even implicitly address demands by the IOC and human rights groups that women be allowed to compete in all athletic disciplines.

A reversal of Saudi Arabia’s long-standing refusal to put women’s sporting rights on par with those of men—a principle that was adopted in 2012 by the West Asian Football Federation (WAFF) that groups all Middle Eastern national soccer associations with the exception of Israel—like many of Vision 2030’s other goals, would have to entail a weakening of the powerful clergy’s ability to dictate the kingdom’s social and moral norms.

Those norms, often grounded in century-old Bedouin traditions rather than Islam, are nonetheless cloaked by the clergy and the government in religious terms. They involve, among others, severe restrictions on women’s freedoms, including driving and sporting rights.

The clergy’s authority is rooted in a power-sharing agreement with the Saud family that predates the birth of the Saudi state and grants the Sauds religious legitimacy to wield absolute temporal power. Rewriting that agreement with the establishment clergy’s endorsement could undermine its credibility and the religious legitimacy it bestows on the Saud family’s rule.

Human Rights Watch (HRW), in a report timed to coincide with the opening of the 2016 Rio Olympics, acknowledged that Saudi Arabia had “made some progress” in women’s participation in sports, but cautioned that “serious barriers remain” in schools, businesses, federations and team sports.

“Inside Saudi Arabia, widespread discrimination still hampers access to sports for Saudi women and girls, including in public education. This exists against a backdrop of pervasive discrimination that constrains women’s day-to-day lives in Saudi Arabia. Women are not allowed to travel abroad, marry, or be released from prison without a male guardian’s permission, and may be required to provide guardian consent to work or get health care. They are not allowed to drive,” HRW said.

The group noted that Saudi women were still denied access to state sports infrastructure and barred from participating in national tournaments and state-organized sports leagues, as well as attending men’s national team matches as spectators. Women have difficulty in accessing the 150 clubs that are regulated by the General Authority, which organizes tournaments only for men. Similarly, the Saudi National Olympic Committee has yet to establish a women’s section.

HRW called on the Saudi government to demonstrate its sincerity by making physical education for girls mandatory in all state schools; ensuring that women can train to teach physical education in schools; establishing sports federations for women and allowing them to compete domestically and internationally; supporting women who want to compete in international sporting competitions on an equal footing with men; and allowing women to attend sporting events involving men’s national teams.

“Saudi authorities need to address gender discrimination in sports, not just because it is required by international human rights law, but because it could have lasting benefits for the health and well-being of the next generation of Saudi girls,” said HRW Director of Global Initiatives Minky Worden. 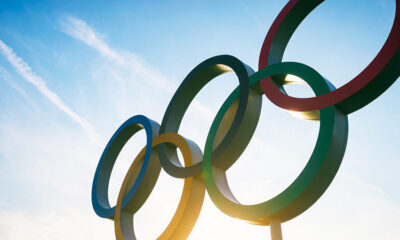 Who Would Bet on a Future Olympics? 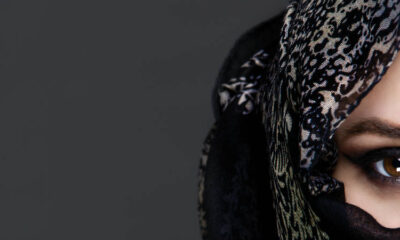 The Media’s Imaginary Veiling of Women in MENA 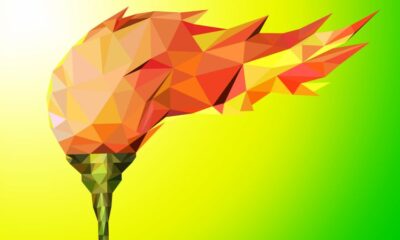 Rio Gets Its Taste of Middle East Politics