Three towering authorities — Trump, Pompeo and Jubeir — have made it clear: With the Jamal Khashoggi case, the time has come to stand with Saudi Arabia.

Jubeir wants us to understand what we may not have “noticed” about this CIA’s judgment: “They are leaks that have not been officially announced, and I have noticed that they are based on an assessment, not conclusive evidence.”

Ordained by the physical voice of God, especially if what is deemed conclusive contradicts what trusted authorities maintain

A US State Department official who affirmed that no one in government doubts that MBS was involved reminds us that “CIA analysis reports rarely include explicit conclusions.” President Donald Trump’s self-interested promised report ” on the Khashoggi murder that turns out to be simply a personal statement bearing the ominous title, “Standing with Saudi Arabia,” echoes Jubeir with a conclusion that refuses to conclude: “[It] could very well be that the crown prince had knowledge of this tragic event — maybe he did and maybe he didn’t!”

The president added, in a moment of manifest wish fulfillment, “we may never know all of the facts surrounding the murder of Mr. Jamal Khashoggi.” The italicized “never” reveals his secret hope that soon the whole thing will blow over because, even though the CIA smelled a smoking gun, the smoke has now visibly dispersed to the four winds.

Jubeir made this extraordinarily inclusive claim, with which Trump seems to agree: “We in the kingdom know that such allegations about the crown prince have no basis in truth and we categorically reject them.” In an autocratic state such as Saudi Arabia, the word “we” literally means “all of us.” There can be no differences of appreciation because all are required to believe the same thing, on pain of death. But he also denies that it’s even a question of belief. Jubeir says “we … know.” Everyone in the kingdom “knows” what the CIA can merely “assess.”

When the story broke and got some traction, the Saudi royal court expressed its astonishment that the world should make such a big deal of a mere assassination. Like executions and imprisonment without due process, elimination of traitors usually falls into the category of “business as usual,” especially in an absolute monarchy like Saudi Arabia.

There is some truth to that attitude. Political assassinations belong to the honored traditions even of great democracies, such as the United States itself. Whereas Abraham Lincoln was killed by an individual acting alone (an actor, no less), there is little doubt that both John F. Kennedy’s and his brother Robert’s murders were well-organized political assassinations. The question is the quality of the cover-up.

In a democracy, though psychologically complex to manage, cover-ups of assassinations are relatively easy to organize, because the media have nothing to gain from speculating outside of the official narrative and much to lose. Unlike Saudi Arabia, democracies allow independent investigation, but the task is delegated to freelancers, who will never be considered totally credible since the officials who organize the cover-up can call it a “conspiracy theory,” knowing that the media will echo them out of fear of losing the trust of their official sources for the rest of the political news they report. Of course, wild, speculative theories about everything do exist, which makes it easy to dismiss any non-official account, however well founded, as yet another conspiracy theory.

Americans have much greater experience and more refined tools for covering up assassinations. No one should be surprised to hear this scoop from Middle East Eye: “Saudi Arabia’s king and crown prince are shielding themselves from the Jamal Khashoggi murder scandal by using a roadmap drawn up by the US secretary of state, a senior Saudi source has told Middle East Eye.” Least surprising is the fact that before becoming secretary of state, Mike Pompeo was director of the CIA.

We also learn that Pompeo “delivered the plan in person during a meeting with Saudi King Salman and his son, Crown Prince Mohammed bin Salman, last month in Riyadh.” And now, after Trump’s “definitive” report whose aim is to close the debate, Pompeo, in his press briefing following Trump’s report, proudly reaffirms the concrete results of the duplicitous plan he devised with the Saudis when he reminds the press corps that the US has “sanctioned seventeen individual in connection with” the Khashoggi investigation.

He adds that it’s all about placing “America’s national security interests and all the actions that take place in the context of doing the right thing to make sure that America continues to thrive and grow and when we do that the world is better off for it too.” In other words, the “right thing” may include selective murder — to say nothing of brutal wars such as the Saudi-led war in Yemen — if it is designed to promote US national security, which is of course synonymous with the world’s well-being.

Case closed. MBS acquitted. And cover up before going outside. It’s cold at this time of year. 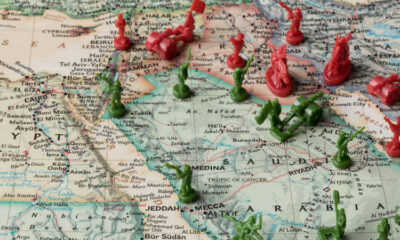 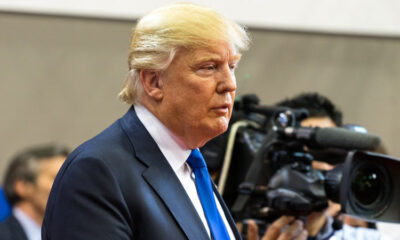 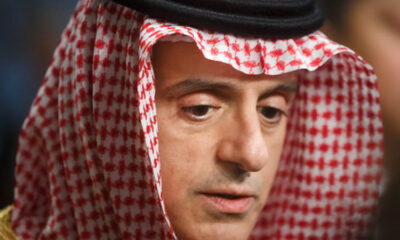