Eliminating IS and removing the Assad regime would require resources, modest troop commitments, unanimity of purpose and, above all, resolve.

What is it that the United States, its Arab and Western allies, and the Syrian people seek in Syria? The objectives are several:

1) The complete defeat and annihilation of the Islamic State (IS);

2) The end of the regime of Syrian President Bashar al-Assad;

3) Formation of a transitional government that would begin the process of revising Syria’s constitution, holding elections and establishing a democratic government representative of the Syrian people;

4) The return to their homes of the maximum number of Syrian refugees and other displaced Syrians;

5) The departure of all foreign forces and fighters from Syria.

The Obama administration’s current focus is on eliminating IS. However, aside from air support, it provides little material support and, of course, no ground troops, other than a very limited contingent of US special operators. Meanwhile, it pays lip service to the removal of Assad and his regime.

Yet by directing its efforts solely against IS, Washington is playing into the hands of Assad by carrying the battle, such as it is, against his most powerful sworn enemy: the Islamic State. Meanwhile, he directs his dwindling forces—aided by Russia, Iran and foreign Shia militia forces from Iraq, Afghanistan, Pakistan and Lebanon’s Hezbollah—against those opposition forces that the US and Arab states support.

This strategy has little prospect of success. No one can even define what success of such a strategy would be. Eliminate the Islamic State—an admittedly far-fetched objective at this point—and empower the Assad regime. Take out Assad—even more implausible today—and Syria becomes a failed, terrorist-run state.

So, here’s a new approach.

“Defeat the Islamic State and We’ll Recognize You”

First, turn to the opposition forces like the Northern Free Syrian Army, the Southern Front, the more moderate elements of Jaesh al-Fatah, Kurdish opposition forces and other moderate forces and tell them, “Defeat IS in Syria, take control of the areas controlled by them, declare a transitional Syrian government that complies with the Geneva communiques, and the US will recognize you.”

The aforementioned forces and others number more than 70,000, according to British government figures and data recently published. This ought to be more than enough to take on and defeat the estimated 30,000 fighters of IS. Most of these IS fighters are not Syrian, and history has shown that over the long term, a dedicated force of indigenous fighters will defeat a smaller-sized foreign force. Their prospects improve with the dedicated support of governments like the US and Arab states. The US and others must ensure that these forces have the weapons, intelligence, air support, training and financial resources to decisively finish the Islamic State. Second, and simultaneously, the US and others must also extend similar support to the Iraqi army, Iraqi Kurdish Peshmerga forces and especially Iraqi Sunni tribes battling IS in Iraq. Attacking and defeating IS simultaneously on both the Syrian and Iraqi fronts will ensure that its fighters will be caught in an inescapable vice from which they cannot escape.

Of critical importance to the moderate Syrian opposition forces’ battle plan is taking key strategic towns and cities, especially Palmyra, Aleppo and, of course, Raqqa. Not only would these deprive IS of its urban centers, but also ensure that key benchmarks for the borders of its future territory are established. From the northern city of Aleppo, the transitional government can declare itself and begin to operate.

Third, the US and allied nations would declare no-fly and/or safe zones for the opposition forces initially and then later for displaced Syrians not wanting to leave Syria. Subsequently, these zones would be controlled by the transitional government—with continued international protection and humanitarian support—and would transition to zones of “free Syria” where refugees could return eventually. Furthermore—and vital for the ultimate removal of Assad’s control of Syria—Syrians wishing to flee his dictatorial regime could “vote with their feet” and relocate to these zones or other areas under the control of the transitional government and its forces.

Fourth, having defeated IS in Syria and set up a transitional government, the opposition forces would control actual territory with borders and, therefore, be prepared to earn international recognition, including from the US and Arab governments. That would pose the most serious and devastating challenge to Assad to date, one from which neither the Russians nor the Iranians could rescue him.

A Syrian Solution to IS and Assad

With time, foreign investment and development assistance, the new free Syria state could effectively challenge the regime in Damascus for the title “Government of Syria.” The challenge need not necessarily be military. With increasing recognition, stability, international support and a likely preponderance of Syria’s population, the new government would eclipse the Damascus regime, which would either wither or degenerate to an Alawite rump state—the latter unable to really sustain itself over the long-term.

There is a Syrian solution to the Syrian crisis. But before it can begin, there must be resolve to implement and carry it through…

The plan is not without challenges. The first is convincing the opposition forces to turn their efforts for the time being toward defeating IS and then giving them all the support they need, including some US and other ground forces. The opposition forces need not abandon all efforts against Assad, but their priorities would have to be redirected toward battling and defeating IS. The incentive for them would be the promise of recognition and concomitant withdrawal of recognition of the Assad regime. Moreover, stepped-up support for forces fighting IS in Iraq, especially the Kurds and Sunni tribes, is also imperative as the defeated Islamic State leadership and fighters in Syria must not be able to find a haven in Iraq, or anywhere else.

This approach cannot succeed without US leadership, support and involvement. In fact, it is indispensable. The US must be at the forefront in convincing the opposition forces that this approach represents their best and most direct path to a free and democratic Syria, rid of both Assad and the Islamic State. The US must also rally other nations to support this plan, including the pledge of eventual recognition, and to lend their political as well as much-needed materiel and financial support.

The foreign forces needed to carry out the strategy should be limited, mostly to ensuring logistical, intelligence and communication support, security in and around the safe zones, and training. The vast bulk of fighting forces should and must come from the moderate Syrian forces. Actual combat forces from the allied nations supporting the opposition forces would be limited to special operators, rangers and the like. But the total amount of foreign troops necessary to ensure success would probably number between 5,000 and 10,000. While US troop participation is necessary, there must be significant contributions from other governments.

Finally, much hard work is necessary to begin to organize the transition government. Those wanting to participate would have to subscribe to the Geneva principles and eschew both Assad and designated extremist groups of Syria. That process would need to start no later than the opposition forces’ first move against IS. It would signal to these fighting forces, IS and all the people of Syria that there is now a genuine effort to rescue the nation of Syria from the hands of a barbaric dictatorship as well as the depredations of an equally heinous and brutal terrorist movement.

This approach, or one incorporating its principal elements, is now imperative to save Syria from disintegration. In fact, it may be the only way to do so without the insertion of large numbers of foreign forces, which seems hardly likely today, and the consequent creation of a problem that would belong to the owner(s) of those forces rather than the people of Syria.

There is a Syrian solution to the Syrian crisis. But before it can begin, there must be resolve to implement and carry it through, and give hope to the 23 million Syrians who have been losing such hope for almost five years. 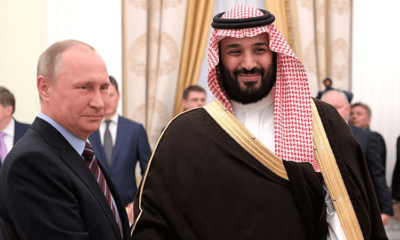