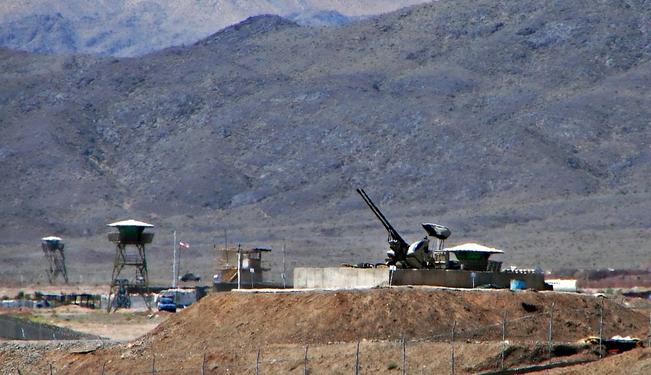 Ali Fathollah-Nejad from the School of Oriental and African Studies (SOAS) of the University of London is member of the initiative for a civil-society Conference for Security and Cooperation in the Middle East (CSCME). One of its key aims is the creation of a zone free of weapons of mass destruction. Thomas Kachel spoke to the political scientist.

The CSCME is an initiative for the promotion of peace in the Middle East through civil-society actors. How did it come about?

The initiative was spearheaded some years ago in Germany by peace researcher Mohssen Massarrat in collaboration with the German branches of the International Physicians for the Prevention of Nuclear War (IPPNW) and the International Association of Lawyers Against Nuclear Arms (IALANA). After decades of violent conflicts in the region, the initiators chose not to sit down and wait anymore, rather decided to assemble civil-society actors from all countries concerned in order to promote the perspective for peace, security and cooperation – something state actors have carelessly neglected so far. After a first workshop in January, a second one has been held at SOAS in London by late October.

Who are the participants and what are their next concrete goals?

So far we have been able to bring together civil-society forces from almost all countries of the region. They are unified in the desire to break out from the vicious cycle of armament-based deterrence and instead bring about regional cooperation. In addition to security policy, the CSCME process comprises a number of fields for cooperation, among others in the areas socio-economic development, cross-border resource management, inter-religious and -cultural dialogue, and health. We hope that the next expert conference will be taking place in the region itself. All of that in view of holding a founding conference for the civil-society CSCME process in the near future.

For 2012, the first United Nations Middle East WMD-Free Zone Conference is planned. Our desire is that concrete steps towards the realization of that aim will be defined and civil-society groups involved.

What has been the focus of the recent workshop?

The most important topic was the “Arab Spring” which showed that the pejoratively dismissed “Arab Street” is not a passive object of authoritarian rule, but that civil societies can offensively fight for their own needs and interests. This development has also emboldened our initiative as it demonstrates that civil-society pressure can yield results.

Against the background of the so-called nuclear crisis, a potential Israeli attack on Iran raised concerns – a subject now again in the headlines. Hence, the desire to bring both parties to the table in the framework of the said UN conference.

In the West, appeals for a peaceful approach towards Iran are often equated with partisanship for Mahmoud Ahmadinejad.

I believe such an adventurous claim has long exceeded its expiry date. A peaceful and fair approach, respecting international law, can of course not be put on the same level as “appeasement” as assumed by neoconservatives. The fact of the matter is that economic sanctions and the threat of war – in other words, the lack of conflict resolution – have enormously damaged civil society, while the current power configuration has been cemented. In fact, reversing such a course of action promises to weaken hardliners on all sides.

*[This article was translated from German, and was originally published in the newspaper: Neues Deutschland on November 8, 2011].