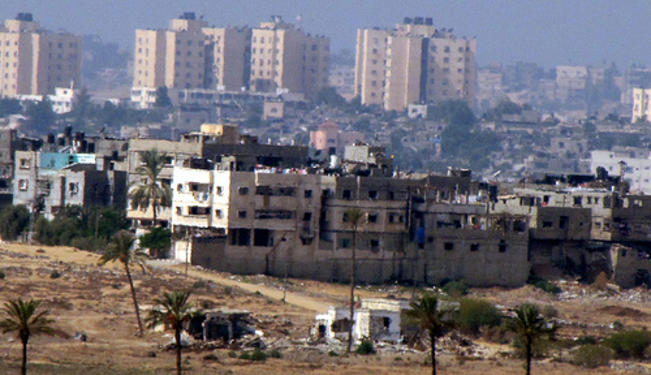 Israeli and Iranian sabre-rattling, coupled with Turkey's determination to keep relations with Israel in deep freeze as it pressures Tel Aviv to lift its blockade of the Hamas-controlled Gaza Strip, threaten to undermine Turkey’s influence in the Middle East and North Africa.

THE FALLOUT from last year's killing by Israeli forces of nine Turkish nationals aboard a Turkish aid ship seeking to run Israel's blockade of the Hamas-controlled Gaza Strip continues to dog Ankara’s heels as it emerges as a regional leader in the Middle East and North Africa.

Senior Turkish officials reiterated at the Istanbul Forum recently their refusal to reverse their downgrading of diplomatic relations with Israel to the level of second secretary and their suspension of all military cooperation as long as Israel fails to apologise and offer compensation for the death of the Turkish activists and maintains its blockade of Gaza. The officials said that despite Israeli assistance to Turkey's earthquake-stricken eastern region, their terms for a normalisation of relations were non-negotiable.

To drive the point home, Turkey last week allowed two Irish and Canadian-flagged aid ships to set sail for Gaza from a Turkish port for a renewed attempt to run the Israeli blockade. The two ships were intercepted by Israel and escorted to the port of Ashdod. By ensuring that the two ships were flying foreign flags and had no Turkish nationals on board, Turkey sought to avoid an armed confrontation with Israel.

Israel imposed a naval blockade on Gaza after Hamas seized control of the territory in June 2007, saying it is necessary to prevent weapons being supplied to militants in the Strip. Critics of the sea and land blockade say it is collective punishment of Gaza's 1.5 million inhabitants.

Turkey had earlier vowed to have Turkish warships accompany Gaza-bound aid ships to avoid a repetition of the May 2010 attack. The nine Turks aboard the Mavi Marmara, lead ship of last year's flotilla, were killed by Israeli forces who boarded the vessel in international waters. Israel asserts that the activists were armed and that Israeli forces had acted in self-defence.

(Full report available in PDF below.)

*[This article was originally published by RSIS on November 8, 2011]