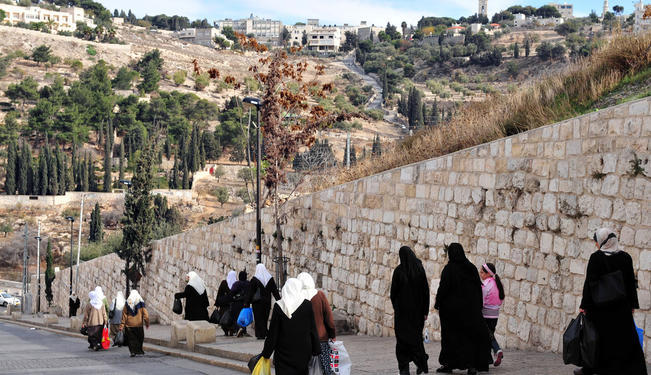 As a minority within a minority, female Palestinian citizens of Israel face double discrimination: as women in a patriarchal society and as Palestinians in a Jewish country. Unfortunately, the situation of this minority has largely been ignored by mainstream discourses on women’s rights in the Middle East.

Using the words “women” and “the Middle East” in one sentence is guaranteed to begin heated discussions over human rights, gender inequality and “patriarchal societies” that supposedly have little to no respect for women. One topic that is unlikely to enter such discussions, however, is the situation of female Palestinian citizens of Israel. Almost 20% of Israel’s population is Palestinian, and Palestinian women are the most impoverished minority in Israel, a country hailed as a beacon for democracy and gender equality in the Middle East.

While women’s rights and gender equality discussions across Arab countries focus on social and cultural obstacles, such as the ban against driving in Saudi Arabia or the requirement for traveling with a male chaperone in Yemen, Palestinian women in Israel face political challenges in addition to cultural ones. Since the women are part of a Palestinian minority that faces institutional discrimination in a Jewish-majority country, overcoming the cultural obstacles is only half the problem.

One has to understand the deeper nuances of Palestinian society in Israel to recognize the political discrimination facing Palestinian women. Something as basic as the provision of public services varies based on the ethnic makeup of the beneficiaries. For example, although the Israeli state subsidizes nurseries across the country to help mitigate expenses for working women, only 1.6% of such nurseries are in Palestinian towns.

The effects of this inequality are compounded for Palestinian women, particularly in the job market. For example, Palestinian men often take jobs in Jewish cities but are forced to spend nights outside their homes due to the poor transportation infrastructure in Arab towns. Women, however, cannot do so for cultural reasons and, therefore, have more limited job prospects. This increases the income gap between Palestinian men and women but also between Palestinian women and Jewish women, since Jewish women live in towns that do not have similar transportation problems.

Additional factors pose challenges for Palestinian women trying to enter the workforce in Israel. State-subsidized nurseries, where Jewish women can afford to leave their children during the workday, are almost non-existent in Arab towns. Palestinian women who wear a hijab, or headscarf, face discrimination in the hiring process. Furthermore, the types of jobs available to Palestinian women are more limited than those for Palestinian men, who can accept blue-collar jobs, such as those in construction. Again, the political and social situations work hand-in-hand to make the lives of Palestinian women exponentially more difficult.

Let us forget the private sector for a moment. The numbers are as bad in the public sector, which is supposed to serve as an example for the rest of society. Only 7.8% of public sector employees are Arab, most of whom are in low-level positions. Only 2% are Arab women. Furthermore, even though there are 24 women in the 120-member Knesset, only one is Palestinian, which raises issues concerning fair representation, given that Jewish and Palestinian women face extremely different obstacles.

Willpower is Not the Problem

In 2009, Israeli Finance Minister Yuval Steinitz declared at a conference that the reason for the low rate of employment amongst Arab women in Israel (currently 21.1% compared to 57% of Jewish women) was a cultural one – an Arab characteristic to all Arab societies. He further stated that this was damaging the Israeli economy.

Of course, Steinitz failed to recognize that the employment rate of Israeli Arab women is lower than the average female employment rate in the Arab world in general (40%), despite the fact that on average, Arab women in Israel have a higher number of schooling years than their counterparts in Arab countries. Steinitz unsurprisingly did not account for all of the institutionalized Israeli policies that make it almost impossible for Arab women to search for jobs, let alone obtain them.

There is no doubt that most Arab women want to work; many surveys are clear on that point. The predominant issue is a lack of job opportunities, which 78% of unemployed Arab women claimed as the main reason for their unemployment, according to Dr. Yousef Jabareen of the Technion Technical University in Haifa. It should come as no surprise then that 40% of “Arab women with degrees are unable to find work” in Israel, according to a study by Women Against Violence.

Given these statistics, it is mind-boggling that state officials still believe women simply do not want to work. One cannot help but remember that these same claims were made about African-Americans before the civil rights era, failing to recognize the major institutional obstacles to educational and economic advancement that African-Americans faced.

Political Discrimination and the International Stage

There is some truth to the fact that Arab women face cultural challenges when it comes to education, employment and basic human rights. However, what is normally brushed under the rug are the political obstacles that constitute the most significant hurdle facing Arab women in Israel — obstacles that are based on institutionalized discriminatory policies against the state’s Arab citizens at large.

The double discrimination against female Palestinian citizens of Israel is rarely addressed in the larger context of gender equality in the Middle East. To create a change, we need to bring this issue to the forefront of such discussions.