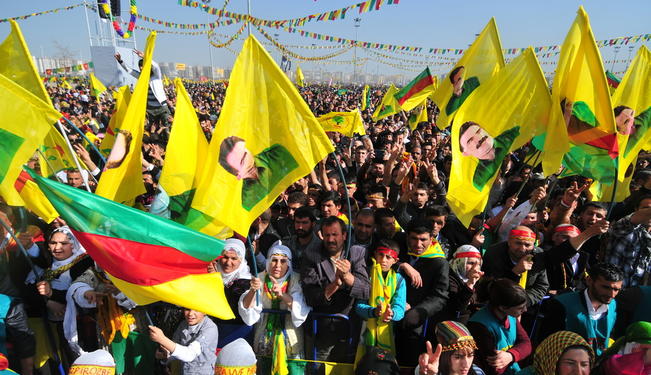 James Dorsey analyzes the meaning of a potential bid by Iraqi Kurdistan for membership in the Asian Football Confederation, amid the greater struggle for Kurdish autonomy in a changing Middle East.

A decision by the European soccer body, UEFA, to grant Gibraltar the right of membership potentially opens the door to Kurdistan to seek association with the Asian Football Confederation (AFC), in a move that would acknowledge demands for increased autonomy and the possible shifting of national borders in the Middle East as a result of a wave of change sweeping the region and the civil war in Syria.

The UEFA decision on Gibraltar following a ruling by the Lausanne-based Court of Arbitration of Sport (CAS) and the possible Iraqi Kurdish application to the AFC, puts pressure on the world soccer body, FIFA, to loosen its rules on membership as the group gears up for its general assembly in Mauritius.

The CAS ruled that UEFA’s adoption in 1999 of FIFA’s policy that members need to be recognized by the United Nations was unfair. UEFA originally accepted the UN rule in 1999 to appease Spain, which was opposed to the British outpost’s membership.

FIFA has used the rule to bar groups like the Kurds but relaxed its criteria for Palestine, which was granted membership despite not having full UN membership. The AFC’s statutes refer to the UN rule only indirectly by stating that membership has to comply with FIFA’s statutes.

An application by Iraqi Kurdistan is likely to be resisted by Middle Eastern members of the AFC. These members are largely controlled directly or indirectly by governments that have been put on the defensive as a result of the popular revolts in the region. Opposition is also likely from an international community that is reticent to see a redrawing of colonial-era borders.

Iraqi Kurdistan has been autonomous within Iraq since Western powers imposed a no-fly-zone in the early 1990s to protect the Kurds from retaliation by then Iraqi leader Saddam Hussein. Iraqi Kurds see their national soccer team as a vehicle to assert nationhood and achieve eventual statehood.

The Kurds are but one group — albeit the most important one in the Middle East — that is demanding greater self-rule and recognition of national rights. The civil war in Syria has raised questions about what a post-Bashar Al-Assad state would look like with Syrian Kurds demanding autonomy, amid fears that Al-Assad’s last resort may be to carve out a state for his minority Alawite sect. Kurdish guerrillas in Turkey are negotiating with the government of Prime Minister Recep Tayyip Erdogan for greater rights within Turkey.

Sunni Muslim tribal leaders in Iraq are demanding a federation that would give them greater control of their own affairs against the backdrop of increased sectarian violence. Other multi-ethnic states in the Middle East, like Iran, risk minorities demanding greater rights. Israel and the Palestinians have yet to agree on their borders as part of an elusive peace agreement.

“Ominous political realities may be rendering the nation-state system incompatible with the emerging new Arab world…The disintegration that the region has already witnessed – and will undoubtedly continue to witness – will reverberate beyond the Arab map with the creation of a sovereign Kurdish state. Such a state, whether existing de facto or with widespread formal recognition, will have an ever-lasting effect on the boundaries of the Arab world (Syria and Iraq) and of the wider Middle East (Turkey and Iran),” said Saudi analyst Nawaf Obaid, a visiting fellow at the Belfer Center for Science and International Affairs at Harvard University’s Kennedy School of Government.

A statement by Iraqi Kurdish President Massoud Barzani, equating sports to politics as a way of achieving recognition, adorns Iraqi Kurdistan’s three major stadiums and virtually all of its sports centers and institutions. “We want to serve our nation and use sports to get everything for our nation. We all believe in what the president said,” stated Kurdistan Football Federation (KFF) President Safin Kanabi — scion of a legendary supporter of Kurdish soccer who led anti-regime protests in Kurdish stadiums during Saddam Hussein’s rule.

While Arab states’ natural inclination would be to reject an Iraqi Kurdish application to the AFC, some believe that opponents of Al-Assad, including Saudi Arabia and Qatar, may use it as leverage to persuade Iraqi Prime Minister Nouri al-Maliki to reduce support for Al-Assad. Iraq has a one year, 800,000 ton, oil contract with Syria and is believed to allow Iranian cargo planes, headed for Syria, to regularly transit its air space.

The KFF has been demanding, since last year, that FIFA grant its team the right to play international friendlies in much the same way that the soccer body allowed Kosovo and Catalonia to do so.

James M. Dorsey is a senior fellow at the S. Rajaratnam School of International Studies at Singapore’s Nanyang Technological University, co-director of the Institute of Fan Culture at the University of Würzburg, and the author of The Turbulent World of Middle East Soccer blog. 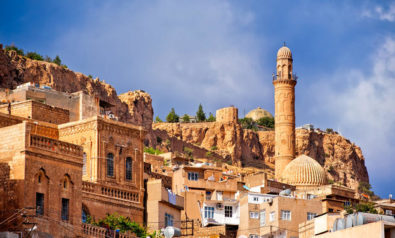 The Kurdish Cause: Pragmatism and New Opportunities 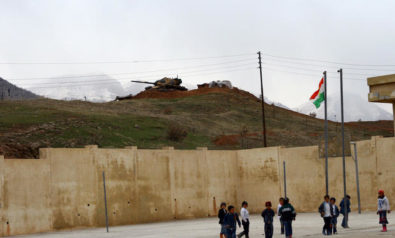