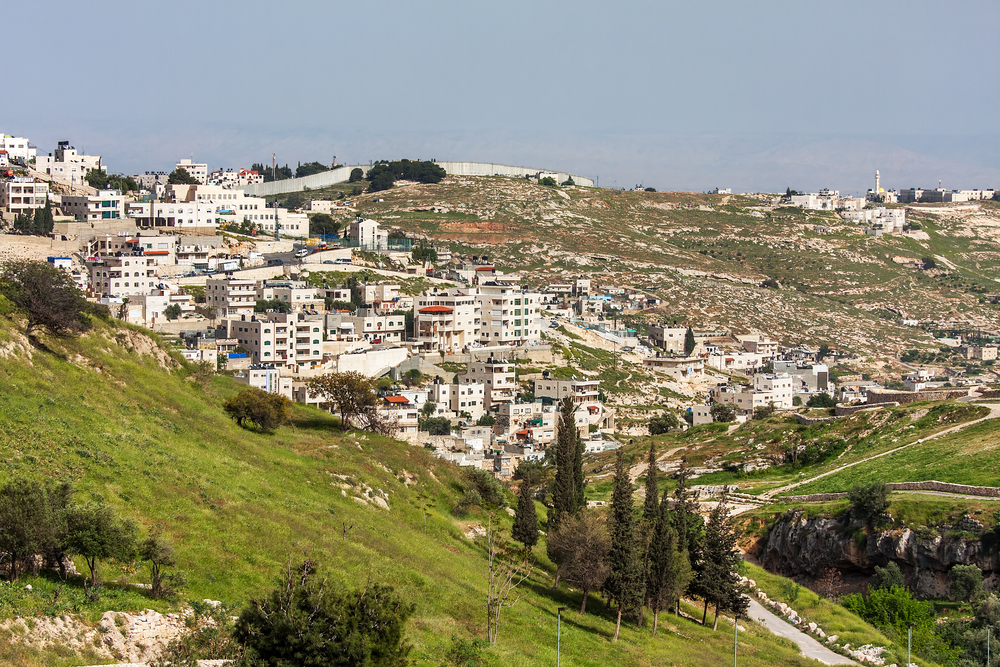 In order to solve the issue of Jewish settlements, the primacy of the narrative has to be overcome. [Read part one here.]

It is a central Palestinian argument that settlements are the main obstacle for peace. However, the factual record does not prove this point. Israel, by its own decision, forcibly removed all Jewish settlements and settlers from the Gaza Strip in 2005, and yet there were two rounds of fighting between Israel and Hamas, the rulers of Gaza since then.

Little-known is the fact that Hamas’ fighting force, the Izz al-Din al-Qassam Brigades, is named after a jihadist Syrian sheikh, who was killed by the British in 1935. At that time, there was no Israel and no settlements in “occupied territories.”

The Netanyahu government froze the construction of new settlements in 2009 amid American requests based on Palestinian demands. However, there were no talks with the Palestinians. Currently, it seems the talks have broken down once again. From a Palestinian perspective, settlements were a big obstacle, while the Israelis cited other issues such as the Palestinian refusal to recognize Israel as the nation state of the Jewish people.

In fact, the case can be made that the construction of settlements was an incentive for the Oslo Accords, signed in 1993, which are still regarded as the historic breakthrough in the Israeli-Palestinian conflict.

It was the Palestinian fear that Israeli settlement activity, greatly accelerated in 15 years of Likud governments from 1977-1992, may have created a point of no return; fear that time was working against them, as the increase of Jewish settlers could prove to be an insurmountable impediment to the creation of a Palestinian state.

This is a consideration that is still in place today. It is also the case that the current big obstacle for any progress is the Palestinian refusal to accept the Jewish right for self-determination, by denying that Israel is the nation state of the Jewish people.

There is a formidable political coalition in Israel, which can be described as the settler’s lobby. It includes most of the Likud bloc, religious Zionists and elements of the Labor Party, as well as the ultra-Orthodox community, since nearly one-third of settlers are ultra-Orthodox.

The settlements question is becoming a litmus test of Israeli politics. On two occasions, this coalition was shaken to the core. First, it was regarding settlements in the Sinai in 1982, and second, as mentioned earlier, in Gaza in 2005. In both cases, the issue was not Judea and Samaria.

Leadership in this case means swallowing a bitter pill and doing something that is intended to satisfy international public opinion over settlements: to first freeze building new ones and then being ready to dismantle many of the existing ones.

The question is: Can a Likud government dismantle settlements in Judea and Samaria as well as around Jerusalem? It is possible, but highly unlikely. The current coalition government will have to change, either through a realignment of participating parties or through new elections. At any rate, the Likud party would undergo a split, such as in 1982 with Tehiya and in 2005 with Kadima. While this is not out of the question, it is almost impossible.

Prime Minister Binyamin Netanyahu has not proven to be a very daring politician. Moreover, there is a lot to suggest that while he may be toying with the idea that a split in Likud would have to occur in order to bring about change in the settlements policy, he is still very much opposed to this actually happening. That said, there is a need for change, the sooner the better, which is for reasons outlined below.

As was argued earlier, there is a legal and historic case for settlements — many will also argue a security one. Added to this, settlements are not the ultimate obstacle for peace. So, why should Netanyahu reconsider his long-held policies regarding these issues? Does he have any incentive to do so?

If it is only a case of internal Israeli politics, then Netanyahu is in good shape. Continue with the current status quo and you are firmly at the helm. Definitely a strong incentive to every politician not to change course. However, Netanyahu likes to compare himself to Winston Churchill, and the great Briton knew what leadership meant: It was to go against the current, to have a vision for the future, to lead and not to be led.

Netanyahu knows the world better than most, if not all of the agitated right-wingers in Likud and the Jewish Home Party. He is aware of the potentially damaging effect of the Boycotts, Divestment and Sanctions (BDS) movement, which has not yet caused actual damage but could very well do so in the future.

He is also aware of the deep splits among American Jews and other Jews abroad with regard to settlements. The prime minister knows that he must pay attention to the ever-growing group of young, secular Israeli entrepreneurs, particularly the start-up community, whose continued success depends on opening to the world and not being fortified behind walls of diplomatic obstinacy. Leadership in this case means swallowing a bitter pill and doing something that is intended to satisfy international public opinion over settlements: to first freeze building new ones and then being ready to dismantle many of the existing ones.

It is a bitter pill because there are so many double-standards about Israel, in general, and so much hypocrisy about settlements, in particular. As outlined above, they are not an obstacle to peace, and Jews do have the right to live everywhere in their homeland, similar to policies in any other nation. Yet it has become the battle cry of the anti-Israel world — a wide coalition of old anti-Semites and new anti-Zionists.

On top of all that, it is clear to the actors involved that it is virtually impossible to remove the majority of 400,000 settlers, not including “East Jerusalem,” which is out of the question in terms of dismantling Jewish neighborhoods — although the question of sovereignty should be open to negotiations.

Hence, the Israeli government and its supporters should declare victory of the settler idea: the fact that Jews will stay in most parts of their historic homeland and with this also the end of the project. It achieved some of its goals, however, it cannot achieve all of them.

Put the world to the test over other issues currently more important to Israel, such as the question of security along the Jordan Valley as well as Palestinian recognition of the Jewish nation-state. Also, test the Palestinians, who are the ones that object to the existence of Jews in their territories, which would be the real and only apartheid policy relevant to the situation in the disputed lands.

What can Israel lose? Given the current impasse in negotiations, settlers will stay where they are for the foreseeable future. Alternatively, though unlikely, the Palestinians will be ready to conclude a binding and final peace treaty. In this case, Israeli politicians should take this issue to the Israeli public via elections and present them with a viable alternative to the current stalemate.

There is another possible outlet for Israel: a repetition of the Gaza exercise in parts of the West Bank — something that will also entail Israeli dismantling of settlements, though not all of them.

The question facing the secular right-wing in Israel is not the basic justification of the Zionist narrative over settlements. Rather, it is the applicability of all of the narrative in the face of hostile Western public opinion.

The depth of this hostility is such that there is no point in wasting so many resources to achieve a major change in attitude. Instead, Netanyahu and his followers need to decide on the settlement blocks that are most vital to Israel and insist on their retention. Also, as Foreign Minister Avigdor Lieberman suggests, Israel should be ready to consider the exchange of land, whereby important settlements will remain under Israeli control, in return for places inhabited by Israeli Arabs, which will be annexed by the future Palestinian state.