A nomadic Amazigh family herding camels and goats in Morocco on 11/16/2011. © Reimar / Shutterstock

North African pastoralism, an agricultural method used for centuries by nomadic people in the steppe highlands, is on the decline. Facing limited grazing land due to overuse and drought, pastoral nomads are favoring more sedentary farming methods like growing fruit or nut trees and crops.

Developmental nonprofits in the area have begun working with communities facing scarce economic prospects in the face of “extreme” climate events like drought, which occur in Morocco every two years. The High Atlas Foundation (HAF), working in part with Farmer-to-Farmer, a USAID program, creates tree nurseries in areas of the lower mountain regions. Some communities from the higher pasturelands have voiced their interest in these projects. This follows a trend within the past two decades of nomadic and semi-nomadic pastoralists seeking out additional or alternative forms of agriculture.

Since 2004, the number of nomads in the Maghreb region has declined by more than 60%. As of 2014, only 25,300 remain. Morocco is home to one of the largest regions of pastoral rangelands in the Maghreb. These rangelands make up about 40% of land territory, or 20 million hectares, in Morocco and Algeria. In Morocco, the majority of nomadic pastoralists range in the western coastal plains. Their pasturelands include the Rif and Tell mountains, where altitudes for some summer pastures reach 3,000 meters above sea level. There, the air is dry and the pressure is lower, limiting the kind of agriculture the area can sustain. Along these routes, pastoralists herd camels, sheep and goats, producing mutton and valuable products like wool (to be used for local handicraft) and manure, an alternative for chemical-based fertilizer.

Pastoralism is a process engrained in Moroccan history and heritage. Up until the last century, semi-nomadic pastoralists occupied the Middle Atlas regions, traveling with herds during the grazing season and growing crops like cereal for domestic consumption. Herders still use indigenous breeds and veterinary medicine developed over centuries.

Yet some pastoralist communities are beginning to favor more sedentary farming methods. Part of the reason is the rising cost and devaluing of mutton as a main source of meat, now associated with being unhealthy due to its high cholesterol content. However, the Moroccan ministry of agriculture suggests the reason is that pastoralists are suffering from the degradation of rangelands, which makes it difficult to maintain a livelihood.

Moroccan pastoralism is changing for a wide range of reasons. Viable grazing lands are affected by the amount of rain per season, availability of shrubs for grazing and regional politics or poverty — all of which are subject to change. The main factors that make pastoralism difficult for many, and may be a reason for some to switch to sedentary farming, include shifting social values, environmental change and rising population in both urban and rural areas. But the most pressing issue for pastoralists is land degradation.

Many typically point to overgrazing as a reason for the degradation of pastoral rangelands. This is often blamed on pastoralists themselves, whose herds graze away the vegetation. Yet varying rainfall, especially in arid climates, leads to periods of drought, and the shrubs that typically cover the steppe lands are not as plentiful.

Rangelands in the Maghreb region lose 1,557 hectares a year to drought and degradation, and in nearly three decades, more than 8.3 million hectares of land have been “severely degraded.” This is one of the reasons there has been a recent movement of pastoral nomads traveling northward, particularly toward the Souss region in Morocco. But this kind of movement leads to regional conflicts like land disputes and tension, especially in the Souss region that is home to a large population of Amazigh people, who must now compete with newcomers for land and natural resources.

Overuse, rather than overgrazing, more accurately explains the desiccation of pastoral land. Overuse, or human-induced degradation, comes from improper agricultural practices like plowing with heavy machines and over-irrigation, soil erosion by deforestation and, to some extent, overgrazing. Agricultural researchers have suggested that overuse, coupled with a growing rural population and a difficult climate, wears away the land, so pastoralists must either move to more viable pasturelands or build themselves an economic cushion by engaging in irrigation farming and growing crops, fruit or nut trees.

At the same time, as more people move to cities, rural areas face low population densities. Modernization policies have tended to favor farming expansions and development in areas with higher populations, leaving pastoralist societies — far from city centers — to be politically marginalized. This has reduced their access to certain services, such as privatized veterinary services, which makes it difficult for herders to afford veterinary care.

Many pastoralists in the region, in part a result of changing social norms and development in the region, are only semi-nomadic and will likely stay so. This means they may have both farmlands and herds, which they send off with a herder for the grazing season. As advancements in education expand access to rural areas, pastoral families value sending their children to schools for a more formal education, which requires them to stay in one place. Yet despite shifting trends and smaller numbers, pastoral systems will remain important as the population grows and demand for meat rises.

As rural life changes, development must also change, so it is important to work with rather than against existing shifts. The High Atlas Foundation works with communities to address these agricultural changes by taking a participatory approach to development. HAF takes note of communities that are looking to grow fruit, nut or medicinal plants, thereby determining trends and producing a plan for the community to approve for implementation.

This process has taken root as HAF’s House of Life program, through which 12 nurseries have been built around Morocco. Trees are planted every January where they grow for two years, contributing around 30,000 trees annually to be donated to local farmers and schools as a way to reduce environmental damage and improve local livelihoods. As communities continue to mark their interest in sedentary farming, projects like this face new levels of expansion. 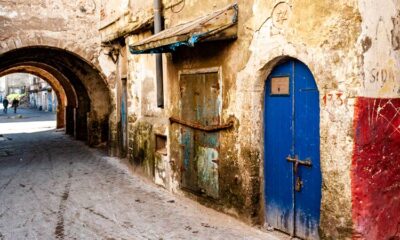 The Real Strength of Morocco 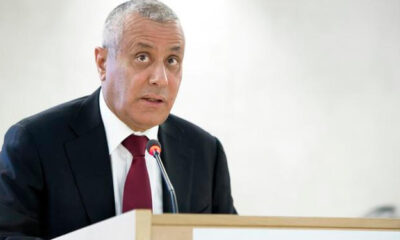