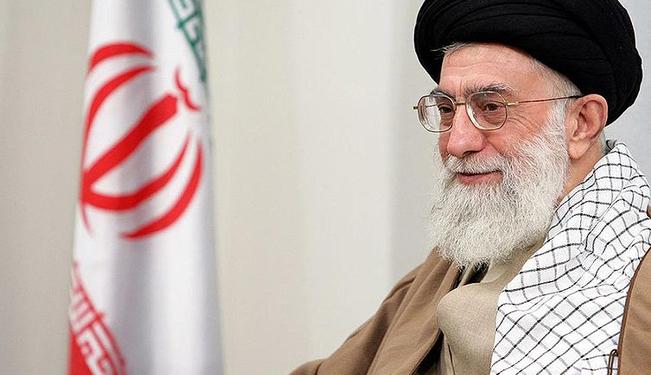 The Supreme Leader’s mounting anxieties after parliamentary elections in Iran.

The recent elections for Iran’s 290-seat parliament may have been a crafted ‘farce’, judging by the mass disqualification of reformist candidates (and many of Mahmoud Ahmadinejad’s supporters). But while the elections are unlikely to impact Iranian foreign policy, they represent yet another bellwether for the mounting anxieties faced by the regime and its enigmatic Supreme Leader, Ayatollah Ali Khamenei.

Firstly, the electoral majority secured in round one by the shifting alliance of Conservative-Principlists and Ultraconservatives translates into an exercise in regime discipline and defiance. This comes at a particularly sensitive time when Iranian isolation, international sanctions and the ‘loose talk of war’ are reaching a critical juncture owing to Iran’s alleged nuclear program. And because of the semblance of legitimacy it confers, turnout – in this case 64.2% of the roughly 48mn eligible voters, triumphantly reported by Interior Minister Mostafa Mohammad Najjar – proved just as crucial as the votes cast.

Secondly, over-shadowed by months of high-profile tensions between President Ahmadinejad and Ayatollah Khamenei, these elections embodied the struggle for the Islamic Revolution in its current iteration, under the rule of the Supreme Leader. On the surface, Ahmadinejad has been in Khamenei’s bad books ever since his unsuccessful attempt at firing Intelligence Minister Heydar Moslehi last April. The president’s growing political influence and manoeuvring is also viewed askance by some within the elite. Yet deeper down, it was Ahmadinejad and his associates’ claims of direct communion with the 'Hidden Twelfth Imam' that crossed Khamenei’s red line, prompting even Ayatollah Mohammad Taghi Mesbah-e Yazdi, Ahmadinejad’s erstwhile Messianist mentor, to disassociate himself from ‘the deviant current’ so reminiscent of the Hojjatieh Society that Ayatollah Khomeini sought to eradicate in the 1980s.

The uniquely Iranian narrative of Velayat-e Faghih posits the Jurisconsult (the Supreme Leader) as the divinely appointed mediator between Imam and ummat. To be sure, this doctrine, or at least its politically absolutist version, lacks recognition by the Shiite mainstream outside of Iran, including Najaf-based Grand Ayatollah Ali al-Sistani who is widely considered Twelver Shiism’s highest living authority. Nonetheless, these claims by Ahmadinejad, his chief-of-staff Esfandiar Rahim Mashaei and their associates concerning a backchannel with the Imam have come to be regarded as a direct challenge to Khamenei’s divine appointment, and therefore more nefarious than earlier ‘deviations’ including the Reformists and the Bahais.

During a speech last October, Khamenei also hinted at removing the presidency and reinstating the parliamentary system. Since 1989, Iran’s chief executives have been elected by direct popular vote despite an existing representational parliament, and many blame this hybrid system for its dysfunctional governments, let alone fraught relations between the president and the Supreme Leader. In addition, President Ahmadinejad has been summoned for parliamentary questioning for his economic mismanagement and dispute with Khamenei, among other charges, an unprecedented development in the Islamic Republic’s 33 years.

Thirdly and more significantly, the results of these elections may bespeak Ayatollah Khamenei’s own growing insecurities. For over two decades, Iran’s second Supreme Leader officially sought to transcend the fray, making it a matter of personal imperative to balance the competing factional and institutional interests. After all, it was Khamenei who famously quipped that Conservatives and Reformists functioned as ‘both wings of a bird’.

However, his increased meddling in favour of regime hardliners (most prominently in 2005 and 2009), either in thinly-veiled statements of support or through the Guardian Council’s vetting apparatus, signals a departure from years of carefully cultivated impartiality and the source of his broad if tacit support base. Either he feels sufficiently impregnable, which is unlikely following the ‘trauma’ of the reformist era (1997-2005) and Ahmadinejad’s recent Mahdist pronouncements, or that his political fortunes are at stake.

Khamenei’s position is indeed increasingly tenuous. If his overnight promotion from the mid-level Hojjatol-Eslam to Ayatollah following Khomeini’s death in 1989 only underscored the lacking erudition and clerical qualifications hitherto required of Vali-ye Faghih (Iran’s leading Grand Ayatollah Hossein Ali Montazeri, who died in 2009, called him ‘unqualified and illegitimate’), his recent and controversial shift to ‘Imam’ (and therefore infallible) status among his supporters suggests a sharpening crisis of spiritual and temporal authority.

But Khamenei foresaw this moment. In order to compensate for this, he invested heavily in relations with the security establishment and especially the Islamic Revolutionary Guard Corps (IRGC) and its lumpen Basij militia. According to Karim Sadjadpour, it was precisely his revolutionary rather than clerical credentials that influenced this choice.

Yet the IRGC is also a double-edged sword given that it has evolved into a multibillion-dollar economic juggernaut whose interests largely depend on Khamenei’s sustained ability to provide. While he regularly rotates its leadership, Khamenei still treads a fine line by allowing the IRGC to insinuate itself into key political positions (indeed, a Wikileaks cable claimed that Ahmadinejad was slapped in the face by an IRGC commander when he dared raise the spectre of popular discontent in Iran). How Iran’s economy reacts to the sanctions could grant the IRGC still greater leverage over the Supreme Leader.

And then there is of course the perennial question of succession. While Khamenei is still relatively youthful at 73, rumours abound of him suffering from some form of cancer (‘terminal leukaemia’, according to another Wikileaks cable; prostate cancer, according to other sources). Although a successor has yet to be named, the closest candidate so far appears to be Ayatollah Mahmoud Hashemi Shahroudi, the Iraqi-born former chief justice who was appointed to head the recently formed ‘Supreme Board of Arbitration’. Many see this as Khamenei further marginalizing his chief rival, current chairman of the Expediency Council (to which the task of arbitration originally belonged) and former president, Ayatollah Akbar Hashemi Rafsanjani, shortly after the latter lost his position as head of the powerful Assembly of Experts. If Khamenei’s dynastic impulse prevails, his second son Mojtaba could be another candidate.

Having concentrated so much power in his person rather than in the institution he represents, and short of a dramatic change in domestic politics, the next Supreme Leader will likely be characterized by a mix of strong personal interests and considerable dependence on the IRGC.

In the meantime, Khamenei’s chief challenge would simply be to preserve the status quo and his influence-patronage networks. The latter of course begins with the individuals heading the key institutions, including the next presidency in 2013. However, if unchecked, growing elite factionalization and narrowing interests under his watch could make it much more difficult for the Supreme Leader to retain both control and legitimacy in the longer run.

Therefore, while President Ahmadinejad may be ‘politically spent’, to quote Tehran-based Professor Davoud Hermidas-Bavand, the 2012 parliamentary elections are arguably more indicative of Khamenei’s own anxieties and are therefore reflected in regime behaviour. How he balances both ‘Islamic’ and ‘Republic’ will ultimately decide not only his own political future but also that of Iran’s troubled Revolution.

*[This article was originally published by Asia Times.]