From G4S and Hewlett-Packard to Coca Cola and Motorola, a host of international companies make money off the Israeli occupation of Palestinian land.

The Palestinian Territories have been under military occupation since 1967 when the newly formed state of Israel took control. Since then, Israel has done well out of its rule as the occupier, but Israelis are not the only ones profiting from the Palestinian occupation. There are many international companies that see the Palestinian situation as a profitable opportunity. Here are three ways offenders profit.

Those who profit from settlements

International businesses contribute to the abusive treatment of Palestinians, which include displacement in order to make land available for businesses. They also pay taxes to the state of Israel and benefit from the Palestinian condition, which offers them cheap labor. Due to limited movement and opportunities available in the West Bank, Palestinians often find themselves in the unfortunate situation of having to work in illegal Israeli settlements. Furthermore, Israel often readily gives international companies permits while refusing Palestinian companies permits to operate in their own land.

According to a recent report by Human Rights Watch (HRW), aside from commercial centers inside settlements, “there are approximately 20 Israeli-administered industrial zones in the West Bank covering about 1,365 hectares, and Israeli settlers oversee the cultivation of 9,300 hectares of agricultural land.”

Another HRW report states: “While 11 Israeli and foreign-run quarries and crushers operate in the 60 percent of the West Bank that Israel administers directly (“Area C”), a Palestinian has not been granted a permit to open a new quarry in Area C for more than two decades, and some current permit-holders face difficulty renewing.”

One such company benefiting from these special privileges offered by Israel is Heidelberg Cement, a German company that currently operates in an illegal settlement in the West Bank. The company’s quarry sits on land that once formed part of the Palestinian village of al-Zawiya before it was annexed by the Israeli military in 1982, with additional land being seized in later years. Currently, a wall separates this land from the rest of the village, cutting families off from privately-owned land.

HRW reports that Heidelberg paid $585,000 in taxes in 2014 to the Israeli regional council that sustains illegal settlements in the area. In December 2015, PFA Pension, a Danish company, announced its decision to divest from Heidelberg Cement over its illegal activities in Palestinian Territories, stating it did “not wish to contribute to any illegal activities in relation to the occupation of the West Bank.” In June 2015, Norwegian insurance firm KLP also divested from Heidelberg Cement and Cemex, a Mexican firm that held shares in a quarry it has since sold, but still owns shares in another firm, stating: “KLP is excluding Heidelberg Cement and Cemex on the grounds of their exploitation of natural resources in occupied territory on the West Bank.”

Other companies operating in illegal land include giants like Coca Cola. Central Bottling Company (CBC), the Israeli franchise of Coca Cola, holds its regional distribution center in an illegal settlement in Atarot. This center markets the company’s products to the Palestinian population in East Jerusalem. Coca Cola has a Palestinian franchise, too, NBC (National Beverage Company), which is excluded from the East Jerusalem market, leaving the Israeli franchise to profit there.

CBC subsidiaries also operate from other illegal settlements. Its Israeli winery Tabor Winery owns vineyards near mount Shifon in the Occupied Golan Heights. Another company it owns, Tara, has a dairy farm in Shadmot Mehola in the Jordan Valley.

Following the 2014 shelling of the Gaza Strip, the company became the target of an increased Boycott, Divestment and Sanctions (BDS) campaign. The Twitter hashtag #NotInMyFridge trended at number eight in the United Kingdom according Friends of Al Aqsa, who launched the campaign in December 2014. A couple of days after the launch of this campaign, Coca Cola announced its plans to open its first Gaza plant.

While Palestinian owners of an estimated 18,000 completely or partially destroyed homes had nothing to rebuild with, as no material could be brought in due to the Gaza blockade, Coca Cola had no such problems as the materials needed for its factory were provided by Israel. And although Palestinians struggle with a fresh water shortage, this again appears not to be an issue for Coca Cola, as it announced that its first factories were due to operate back in June 2015. The first destroyed home in Gaza was only rebuilt in October 2015.

Those who profit from the daily humiliation of Palestinians

Then there are those companies that profit from the daily humiliation of Palestinians. They include firms that provide security at checkpoints that limit Palestinian movements and in prisons. Two companies that have been targeted by BDS campaigners for their role are G4S, a British-Danish private security company, and the American information technology giant Hewlett-Packard (HP).

G4S provides equipment and services to the Israeli police, checkpoints, the illegal wall—which often cuts off Palestinians from private land—and Israeli prisons. Human rights organizations have reported abuse and ill treatment of Palestinian prisoners, including children, at G4S-secured Israeli prisons and detention centers. Many are held without trial. Families of prisoners find it difficult to obtain the permits they need to enter Israel, leaving prisoners locked up without access to visitors. This happens despite the fact that the transfer of prisoners from an occupied territory into that of the occupier is illegal under Article 49, 66 and 76 of the Fourth Geneva Convention. Hewlett-Packard, which provides IT security and computer products, is another profiteer of Palestinian humiliation. The company is also one of the top defense contractors with the Pentagon.

As mentioned, Palestinian movement is severely restricted by endless checkpoints and barriers. Israelis use a BASEL system to collect biometric data about the Palestinians who pass through these checkpoints. The data collected enables Israeli security services to profile innocent Palestinian civilians and track and control their movement.

By assisting Israel in its violation of Palestinian rights, HP violates international law, namely Article 13 of the Universal Declaration of Human Rights, which states: “Everyone has the right to freedom of movement and residence within the borders of each state.”

HP also profits from the Gaza siege by providing the Israeli navy with IT infrastructure. The navy imposes a brutal siege on the Gaza Strip and often kills Palestinian fishermen. Attacks on fishermen are a regular occurrence and contribute to the crippling of Gaza’s economy. In September 2015, the United Nations stated that Gaza could become uninhabitable by 2020 if the current siege continues.

Those who profit from war

There are also those companies who profit from the bombing of Palestinians, as witnessed by the three conflicts between 2008 and 2014. These include commercial and military companies that collaborate with the Israeli military.

Airbus Defense & Space, a division of Airbus Group, which enjoys a close working relation with the Israeli Aerospace Industries (IAI), announced in January 2016 that it would be leasing the IAI’s largest unmanned air vehicle (UAV) to Germany’s armed forces. The Heron TP, a drone, has been in service with the Israeli air force under the name Eitan and is first reported to have been used in Gaza during Israel’s Operation Cast Lead in 2008-09. The drone was also used in the two subsequent Gaza attacks. Leading human rights campaigners have often accused the Israeli military of testing its products on Palestinians before making it available to international buyers. A recent report states that the lease of three to five Heron TPs will cost Germany $650 million.

Motorola, an electronics manufacturer, is another company that does well out of its cooperation with the Israeli military. The company supplies surveillance equipment used in settlements and in Israel’s separation wall. For years, Motorola also provided the Israel Defense Forces (IDF) with an encrypted communication system. In 2014, it was announced that the Israeli Ministry of Defense signed a $100 million contract with Motorola Solutions for “the purchase of the first military smartphones.” The 15-year contract is half-financed by the US and is intended to “bring the smartphone revolution to the battlefield of the future, and lend a significant advantage to the IDF and the entire defense system.” 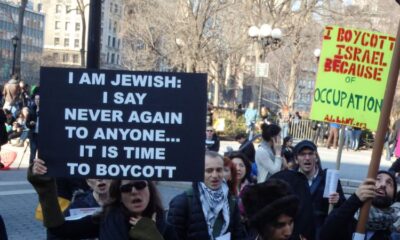 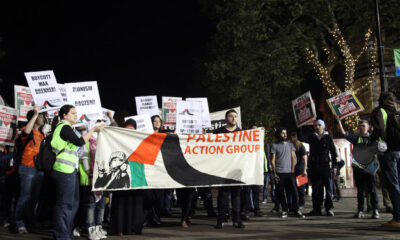