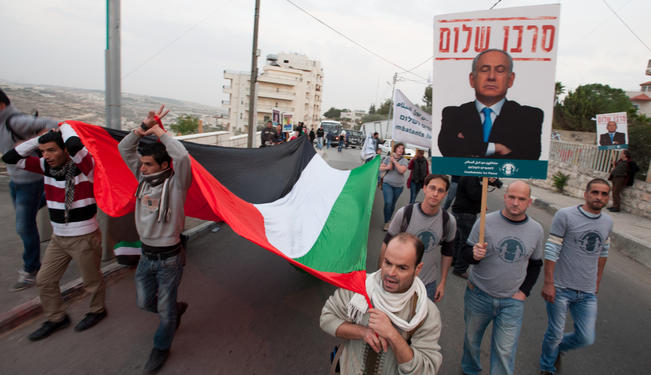 Does Hamas hold a unified position on the use of violence for resistance?

A crucial player in the conundrum that is the Israeli-Palestinian conflict, Hamas has always been a controversial actor. It was founded in 1987 by late Sheikh Ahmed Yassin as one of the wings of the Muslim Brotherhood in Palestine, as its 1988 original charter states.

With its stated goal of the liberation of Palestine and its openly Islamist character, Hamas represents a combination of Palestinian nationalism and Islamism. In the context of its often violent methods, for example in the form of suicide bombings and rocket attacks targeting Israel, Hamas – which has governed the Gaza Strip since 2007 – is considered a terrorist organization by the US and EU, whereas other states such as Russia, Turkey and Iran do not consider it as such.

The use of violence as a form of resistance is chief amongst the debates surrounding Hamas. Hamas’ political leader, Khaled Mesha’al, stressed in an interview this year that the military “resistance of Hamas is a means to an end, it is not a goal by itself,” while also endorsing non-violent methods in the movement’s campaign to oppose Israel.

Whereas some analysts refer to an evolution in the movement, others stress that it should not be seen as reliable negotiation partner.

Despite more public endorsements through unprecedented visits by the emir of Qatar and Turkish Foreign Minister Ahmet Davutoglu, recent changes in Middle Eastern politics during the Arab Spring have put the movement under increasing pressure.

Fair Observer’s Middle East Editor, Manuel Langendorf, speaks to Professor Khaled Hroub from Northwestern University in Qatar, who also serves as the director of the Cambridge Arab Media Project. Hroub, one of the leading experts on the movement, has written several books on Hamas, including Hamas: Political Thought and Practice.

Langendorf and Hroub talk about Hamas’ biggest challenges, the renewed peace talks, the movement’s inner unity and use of violence.

Manuel Langendorf: Hamas has held power in the Gaza Strip since 2007. How strong is the group’s grip onto power at present? What are its biggest challenges and who are its challengers?

Khaled Hroub: Hamas’ grip onto power in Gaza is still unchallenged, if we look at other players in the Strip. Its military wing along with the intelligence apparatus keeps all other Palestinian rivals under control.

The challenge to Hamas’ power in Gaza, however, comes from the changes in the regional political environment and their ramifications. One big concern within Hamas these days is the rising courage among the public to go into the street and oppose Hamas’ rule, motivated by popular movements in the region against their regime.

Langendorf: Hamas has gone through turbulent times with regards to its regional backers. How has the conflict in Syria, as well as the ouster of Mohammed Morsi and the Muslim Brotherhood in Egypt, affected the movement?

Hroub: Initially, Hamas stated that it had reaped some great harvest of the Arab Spring which brought Islamist movements to power in Egypt, Libya and Tunisia. The euphoria of the first phase, and especially winning over Egypt after years of anti-Hamas policies by Mubarak’s regime, rushed Hamas into some hasty calculations.

Months after the Syrian revolution erupted, the ambivalent Hamas decided to leave Damascus announcing its “moral” support for the opposition. With Egypt on Hamas’ board, it felt it could risk losing its strong base in Syria; even weakening its relationship with Iran as a result for what was seen by Damascus and Tehran as “betrayal.” It seemed then an almost secured gamble.

But things soon went in the opposite direction: The Muslim Brotherhood’s government in Egypt was ousted, and the Syrian revolution took longer than expected and has turned out to be very messy. Hamas is now left with no regional backer.

Not only this, the new military regime in Cairo has brought back the old Mubarak and anti-Hamas politics; added to it, the new anger is fueled by what has been promoted by Egypt’s security forces about an alleged involvement of Hamas in supporting Morsi and the Brothers. The new generals in Cairo have destroyed all the tunnels connecting Gaza to Egypt — the only lifeline to Gazans — and declared that its intention is to create a “no-man’s-zone” separating the Gaza Strip from Egypt – a step that even Mubarak’s regime didn’t dare to take.

Langendorf: How united is the movement at the moment, specifically in terms of the Gaza-based leadership as well as those in exile? What are some of the main divisions one can observe and how are these going to play out in your opinion?

Hroub: Despite the tremendous challenges that Hamas faces today, it is unlikely that the unity of the movement will be greatly affected. There are indeed differences and disagreements between “moderate” and “radical” voices regarding a long list of issues: the reconciliation with Fatah; the Syrian revolution; the relationship with Iran; the relationship with Qatar; the position towards the new Egyptian government; the security grip on the people in Gaza; and many others. But the internal tradition and discipline of the movement is still strong, where unity is given the overriding strategic priority over opinions.

Langendorf: A new mediation effort by the US has led to the restart of talks between the Palestinian Authority, led by Mahmoud Abbas, and Israel. Hamas will, as with past negotiations, not have a seat at the table. How does Hamas see the renewed efforts to bring about a peaceful settlement? Furthermore, if a settlement was to be reached, what will Hamas’ likely reaction be?

Hroub: Hamas has announced its rejection to these new talks, and criticized the Palestinian president, Mahmoud Abbas, for going to them. But Hamas’ rejection and interest in these talks, ironically, is seen as a marginal issue on Hamas’ crowded agenda with more worrying items – particularly the new regime in Egypt and its policies towards the movement.

Langendorf: There have always been a lot of discussions about Hamas’ use of violence against Israel. Is there a unified position on the use of violence as a form of resistance to Israel? Khaled Mesha’al, leader of Hamas’ political bureau, has stated on multiple occasions that military resistance is a means to an end, and he has even endorsed non-violent methods.

Hroub: Hamas wanted to keep all its options open. On the one hand, it cannot renounce violence completely; for in doing so, it denies its raison d’etre, and what makes the movement different from Fatah and other Palestinian factions who gave up arms.

On the other hand, however, Hamas’ realization of the futility of using violence has sharply matured since it took power in Gaza in 2007. The more power Hamas enjoys as a political player responsible for the daily life of the Palestinians, the less violence it uses. The end result is that Hamas holds a verbal commitment to armed resistance, but preserves a de facto non-violent resistance.