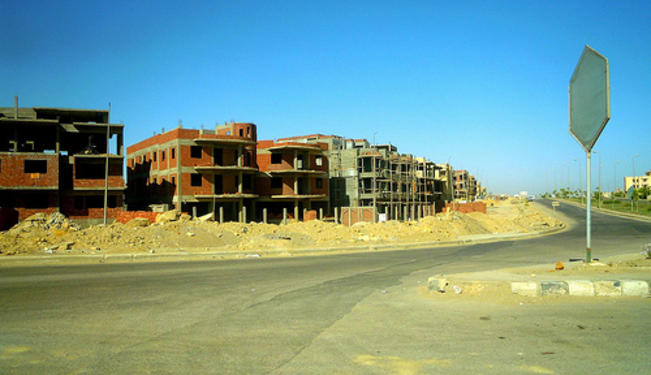 As the clouds of revolutionary dust seem to settle and democratic transition is nearing its electoral end, Egypt is reawakening – to a financial crisis. In the last two years, the Egyptian pound has lost nearly 10% of its value and the country’s foreign exchange reserves have fallen by more than half. According to Egypt's Ministry of Finance, the fiscal deficit this year will likely widen to 11.7%, and could result in a downgrade of Egypt's credit rating. In an acknowledgement of Egypt's dire financial situation, Finance Minister Mumtaz Al-Said has said his country needs $11bn in external funding over the next two years.

After months of wrangling over the terms, Egypt's ruling generals have agreed to sign a deal with the International Monetary Fund in June for a loan worth $3.2bn, a step that is crucial to pave the way for further funding. In an appeal to the UN Security Council, US Secretary of State Hillary Clinton has been leading the charge for that, asking the international community for “strong support for the IMF to quickly conclude an economic reform and stabilisation programme with Egypt.”

Although a deal will take weeks rather than days to conclude international financial intervention seems inevitable by now. Egypt simply can not afford not to take the deal. While such an economic aid programme would certainly help alleviate Egypt's fiscal and monetary difficulties, it would come with IMF mandated reforms and austerity measures. The impact of IMF's growth remedies on Egypt's faltering education system, its still highly regulated private sector, and stiffened labour market, has been rather ambiguous in the past. Can another decade of private-led growth strategies tackle Egypt's pressing structural economic problems?

In a way, according to the Commission on Growth and Development led by Nobel laureate Mike Spence, “Egypt has done remarkably well in maintaining political stability with a moderate economic growth.” Over the last three and a half decades, Egypt had a number of growth spurts making it the world's 40th largest economy today.

At the same time the Commission states that Egypt's development has been mediocre “compared with the higher performers in Asia, and given its favourable good initial conditions.” Despite the economic potential of its exports, its position as a centre of transport, and a series of structural reforms aimed to help it towards a more market-oriented economy, Egypt has never overcome its impediments or achieved the kind of self-propelled growth that many of its “peers” have.

Three constraints lie at the root of this stagnation and are correctly identified in the Commission's report. First, the government's strong hold on the commanding heights of the economy, second, a semi-rentier economy confined to a small number of entrepreneurs, and third, a faltering education system. Dealing with these constraints remains key to Egypt’s economic growth and Egypt's democratic transition certainly provides an opportunity for change. How will the newest IMF arrangement, and a wider financial intervention, contribute to this?

If past success is any indicator for future earnings, not that much. Since Egypt first agreed to a series of IMF arrangements in 1991, international financial institutions have aimed to tackle Egypt's development challenge through structural reforms meant to move Egypt to a more market-oriented economy. Although these macro-economic and sectoral reforms have driven growth and increased foreign direct investment, their fruits have failed to trickle down to the broader population. Today, an estimated 51% of Egyptians live below the poverty line of $2 a day.

The efforts of donors have been undermined by unforeseen global crises and an authoritarian regime with a vested economic interest. These factors have slowed the reforms that international financial institutions deemed necessary to open up the Egyptian economy. Although details of the new arrangement have not yet been released by both parties, a new economic aid programme will will inevitably have the same fundamentals as past packages.

It will impose a monetary policy that will direct Egypt's Central Bank to devalue its currency so as to stabilize falling foreign exchange reserves. A stimulus package will also include austerity measures aimed at narrowing the rocketing government deficit. Lastly, a new deal between international financial institutions and Egypt will comprise a legislative agenda aimed to open various sectors of the economy to (foreign) direct investment. The shorter term macro-economic effects of these measures will most likely be positive: a return to a stable monetary and fiscal position and an increase in foreign direct investment that should off-set a slump in domestic economic growth. However, these measures could hamper Egypt's long-term development.

Likely austerity measures will put severe pressure on the public sector, squeezing out investment in social programmes such as education. At the same time, its monetary targets will increase the competitiveness of Egypt's export-oriented economy but, according to the International Labour Organization (ILO), such macro-economic policies are traditionally completely divorced from employment policies. In fact, Egypt has never had a systematic labour market strategy and without one it will not foster the class of entrepreneurs able to break the small inner circle of its semi-rentier economy.

Lastly, the success of the IMF's monetary policy requires massive re-investment of FDI profits back into the economy to stimulate growth. Given Egypt's long and fragile democratic transition this may be wishful thinking. As is the idea that in Egypt's new regime albeit not authoritarian is void of any vested economic interests. The ruling military generals who control large parts of the economy will vehemently oppose legislative economic liberalization. This is why the regime declined a first IMF package – they wanted the money but not mandatory reforms. However, even under a civilian regime it remains to be seen whether Egypt's notoriously inefficient bureaucracy can implement and enforce business legislation against powerful vested interests.

Aside from such institutional interests a series of new international financial arrangements will have severe popular repercussions that might prove to be political dynamite in Egypt's current revolutionary climate. A recent poll conducted by the International Peace Institute found that 76% of Egyptians want state control amid this economic trouble. They want state control to protect jobs, reverse privatization and maintain subsidies instead of free markets and foreign investment-driven job creation.

Already, unofficial unemployment figures run as high as 20-30%. With a million young people entering the labour force every year, a marginalized and highly regulated private sector incapable of absorbing the growing ranks of educated youth, and an international stimulus package that will depeen Egypt's labour crisis, this is bound to lead to new social unrest.

A repeat of Egypt's 1977 bread crisis, often called the forgotten revolution, and the riots that ensued is a likely gloom and doom scenario of each international financial institution. Back then, the uprising ended with the deployment of the army and reinstatement of subsidies. But times have changed – and it is hard to believe there will be any easy solutions will satisfy the myriad of demands and interests – certainly not with Egypt's looming political power struggle.

Egypt's revolution started as a youth protest demanding more political freedom, an end to corruption, and higher living standards. The protesters’ demands intuitively summed up the development challenge of Egypt propagated for many years by respected international academics. Now that the people of Egypt have set forth on their quest for freedom, the moment has come to decisively tackle Egypt's structural economic problems. International financial intervention is inevitable in the early years of this transition. But the resulting monetary and fiscal stability will not break the cycle of poverty for most Egyptians.

To make an economic aid programme of this kind work a more concerted effort of international institutions (the IMF and the ILO in this case) and the Egyptian government is necessary. However, a sound macro-economic policy without a solid employment policy and a more diligent implementation and enforcement of business legislation will have dangerous consequences in the current political climate. It seems we learn from from history only that we do not learn from history.