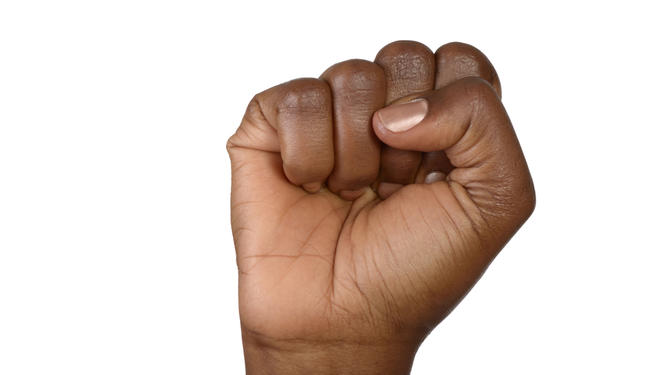 Dr. Jonathan Hill looks at the coining of phrases surrounding "Spring Revolutions" and how Africa follows its own path.

"At this point we leave Africa, not to mention it again. For it has no historical part in the world; …Historical movements in it – that is in its northern part – belong to the Asiatic or European World." Few would now agree with the Hegel’s sweeping dismissal of the greater part of the African continent. Africa is not, as he said, ahistorical. Yet, it would be equally wrong to assume that Africa is fully mistress of her history. History is still something that seems to happen to Africa that is imported from abroad and initiated by others. All too often, in fact, it is granted only a supporting role in its own melodrama, a bit part in a play written for it by others.

Labels From the Past

This much would seem to be confirmed by the on-going debates about the so-called African Spring. First, there is the name: a straight-forward adaptation of the label applied to the wide range of political upheavals and social happenings that have marked, to a greater or lesser extent, various North African and Middle Eastern countries over the past two and a half years. This term is itself a reworking of the Prague Spring, which was coined to describe the Czechoslovakian government’s ill-fated efforts to enhance its citizens’ political and civil rights in early 1968. The African Spring, then, is a hand-me-down term, which casts the continent in the role of camp follower. History has been written elsewhere and Africa is now playing catch-up.

Then there is the smoothing and homogenising effect of this label. Originally, it was devised for Czechoslovakia — such was the significance attached to what took place there. Then it was applied to the 22 states of the Arab world, a trans-continental sub-region with a population of some 350 million people. And now it describes the collective experiences of sub-Saharan Africa’s 47 countries and their nearly one billion inhabitants. In this way, this shared term establishes a ratio of import between these regions that still broadly mirrors Hegel’s hierarchy. Moreover, and inevitably, the vital differences in experience between Kenya and Nigeria, Cameroon and Ethiopia, and Guinea and Madagascar, are either lost or ignored. Not for the first time, profound local and sub-regional complexities are simply subsumed by banner headlines.

And finally, there is the framing and chronology of the recent growth in international interest in sub-Saharan politics. For a start, democracy and social stability in the region are viewed ever more through the prisms of the Arab and African Springs. That is, there is growing concern about the knock-on effects of what happened in the north on the rest of the continent. Many of the changes and developments that are taking place in the south are set within the narrative framework and taken as evidence of an African Spring.

Trickle Down and Environmental Effects

Explanations of the Islamist-led violence in Mali and Nigeria, for example, pay careful attention to the roles played by, and influence of, North African actors and events. Algerian terrorists, jobless mercenaries recruited and armed by Muammar Gaddafi, and the collapse of his regime, feature prominently in explanations of the causes of the Malian Civil War and rise of Boko Haram.

Of course, connections do exist. Boko Haram is linked to al-Qaeda in the Islamic Maghreb (AQIM). Islamist militants undoubtedly exploited the political instability in Libya to make a grab for power in neighbouring Mali. But Nigeria and Mali’s recent histories, and those of the region as a whole, cannot be explained by the Arab Spring alone. Boko Haram is a resolutely Nigerian phenomenon: a product of domestic pressures and developments. And its armed campaign was gathering momentum long before Mohammed Bouazizi set himself alight. Moreover, the recent presidential election in Kenya proceeded in ways entirely consistent with earlier, pre-Spring votes. Indeed, political life in sub-Saharan Africa continues to be played out in pretty much the same ways that it did before the term "African Spring" was invented.

Significantly, there are hazards attached to using this label. One of the most notable is its implication of pre-destination: its suggestion that Africa is now committed to the same trail recently blazed by North African and Middle Eastern countries and will, as a consequence, undergo the same democratising seizures they did. As a result, the region’s experiences are increasingly shoehorned into an explanatory narrative that masks and obfuscates as much as it explains and clarifies. Rather than cater for local specificities, the term "African Spring" actually hides them.