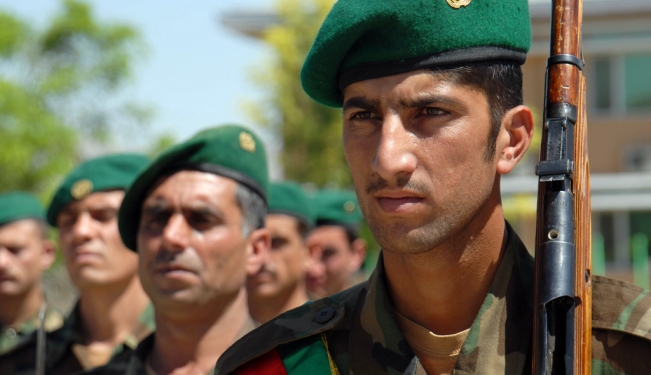 As American troops start leaving Afghanistan, the effort to rid the country of extremist elements can prove difficult or almost impossible without a similar effort in Pakistan.

The Afghanistan war began over a decade ago as an effort to find Osama Bin Laden, and to eradicate his Al Qaeda network. The conflict has grown to a presence of 100,000 US troops and tens of thousands of allied forces at a cost of at least $100bn this year. While emphasizing an exit strategy over a year ago, Barack Obama reminded Americans in a speech at West Point: “America has no intentions in fighting an endless war in Afghanistan.” With the death of Bin Laden, the calculus has changed completely; there now appears to be far greater justification for the Obama administration to withdraw 70,000 troops from the war-torn zone of Afghanistan over the next three years.

The withdrawal of conventional troops from Afghanistan commenced in the middle of July: 10,000 troops will be withdrawn from the region, while the Commando regiment will remain deployed in the country in order to train the Afghan forces. However, concerns have risen among high military officials. The Commander of the British armed forces, General James Bucknail, pointed out that Western forces should remain in the country until regional actors have developed confidence in their own national security forces. Jason Campbell from the Rand Corporation says the US needs to be very cautious in order to sustain a concrete attendance of combat troops. He explains, “It’s not just about defeating Al Qaeda and its leadership as it currently exists, but also from preventing Afghanistan from becoming a terrorist haven that led to the planning of September 11.”

Steve Clemons, founder of The Afghanistan Study Group, argued for even more US troops out by the mid of July (at least 30,000), as he believes that deploying US troops in unstable areas will result in higher Al Qaeda recruitment. According to Clemons, “If you move to parts in Afghanistan, that are more stable, then you can secure human rights and setup a system of governance, so that the Afghan people can themselves become compelling to other parts of the state, which would be fantastic,  because the Taliban would have to deal with that appetite that their own people have.” A highly rotational question that remains unanswered is whether the Afghan troops, trained by the NATO and the American military administration, could be relied upon to prevent the everlasting danger of Taliban, yet again, taking over vulnerable provinces such as Helmand, Kabul and Kandahar.

It does not remain discreet that the Taliban pose a great threat, not only to Afghanistan, but also to Arab and South Asian countries. Pakistan is a prime example in this case, for it is considered to be the refuge state for terrorist organizations. In their statement to the media, Taliban leadership has stated numerous times that even the capital city of Islamabad does not remain immune from their exploitation. The discovery of Osama bin Laden in the raid in Abbottabad, only 30 kilometres away from the federal capital, confirms that the Taliban are justified in making such brazen statements.

The killing of Osama bin Laden near the Pakistani capital surely exacerbates the already tense US-Pakistani relationship. Afghan President Hamid Karzai used the event as an “I told you so,” by stating that the killing of Bin Laden reflects that , “The real war against terrorism is not here in Afghanistan itself, but in Taliban’s and Al Qaeda’s safe-haven in Pakistan.” Waheed Omar, spokesperson for Hamid Karzai, mentioned during his interview with a foreign media channel that, “the ‘war on terror’ is not in Afghan villages and Afghan houses and that it requires to be conducted where it is most effective.” His indication pointed directly at neighbouring Pakistan.

It seems that the real danger in Afghanistan is the “Resurgent Taliban,” which is threatening reprisal within Afghanistan and Pakistan in particular. Former Taliban Ambassador to Pakistan Abdul Saleem Zaeef stated that the emotions of the people have increased with the death of Bin Laden, and it will only enhance the complications in the coming future, rather than lessening them. In addition, Afghan parliament member Shukaria Barakzai stated that the training camps that provoked the post 9/11 invasion do not exist anymore. Needless to say, the fear that exists now is that the rump of the organization will stir up to strike again. Ms. Barazkai further added, “The Al Qaeda wants to show that Osama was their leader, and the network stills remains, and we are powerful enough to do whatever we like to do.” With rising entanglements, analysts question whether the presence of US troops is still necessary in Afghanistan. They reason that with the death of Bin Laden, there is no longer need to stay in the country, spend the tax payer’s money, and make unnecessary sacrifices.

Now, the focus should be diverted toward countries in the Arab Peninsula and especially towards Pakistan, where support and funding needs to be increased for the Pakistani people. Pakistan is a larger country, with six times more people than Afghanistan, an unknown number of nuclear weapons, and under constant threats by terrorist groups. It is clear that greater attention should be diverted towards Pakistan, where the Taliban and Al Qaeda network remains strong.