Mexico has one of the worst tax systems of all industrialized countries.

Juan Armando Hinojosa Cantú, a Mexican construction contractor and business tycoon, is famous in Mexico for his alleged role in building a $7-million mansion for the first lady—best known as the president’s “White House.” But the Panama Papers have quickly made him much more famous, for a much larger sum of money. The Panama Papers, the largest cybersecurity breach in history, uncovered that after the mansion scandal, Hinojosa moved around $100 million to offshore accounts with the help from Mossack Fonseca, the Panamanian-based law firm from which the documents were leaked by an anonymous whistleblower.

As in many other countries, the Panama Papers leak has highlighted or exposed weak tax systems and government accountability in Mexico. The terabyte of information from Mossack Fonseca included 11.5 million documents with diverse mentions of offshore firms and accounts used to hide tax evasion and illicit transactions.

It took 190 journalists from 65 countries to sort through the information. In Mexico, two smaller outlets—Aristegui Noticias and Proceso—partnered with the International Consortium of Investigative Journalists (ICIJ) to go through the data and build cases such as Hinojosa’s offshoring habits. But whereas in countries like Iceland the leak led to the immediate impeachment of the prime minister, in Mexico the legal case is still being examined, thus far with no consequences.

As recognized by Christine Lagarde, the managing director of the International Monetary Fund (IMF), the Panama Papers show that global tax rules are skewed toward the rich. By allowing vast economic transactions to proceed unnoticed and remain hidden, individuals with large amounts of money are able to increase their fortunes without providing a fair contribution to their governments. This leads to the formation of economic elites and perpetuation of income inequality. Funds that should return to states to provide benefits and services to the population are sent abroad to be kept in unmonitored personal accounts.

Mexico is yet another example of how inadequate international financial regulation combined with weak local laws can perpetuate income inequality. Tax regulation reforms in Mexico have been recently enforced on small and medium businesses: Among other things, a new tax regime for small taxpayers was introduced that includes reduced personal, social security, VAT and exercise taxes in firms’ first 10 years of operation. The aim is to induce informal enterprises to regularize their operations and start paying taxes.

However, a similar emphasis should be placed on multimillionaire companies. While entrepreneurs and middle-class businessmen struggle through the local bureaucratic process, adoption of digital tools and high tax rates, Mexican magnates have historically been able to find diverse mechanisms for tax evasion such as taking their fortunes abroad through shell companies.

There is still much sorting out to do in Mexico, and so far no legal actions have taken place in spite of the accusations against powerful businessmen, drug-related transactions and even current president Enrique Peña Nieto.

The Bertelsmann Stiftung’s Sustainable Governance Indicators (SGI) project ranks Mexico last in its assessment of tax systems of countries in the Organization of Economic Co-operation and Development (OECD) and the European Union (EU). This reflects that tax collection in Mexico is fairly complex—it takes a lot of time to pay and prepare taxes, generating additional costs that may be a burden for small organizations—and has seen little advancement over the past 50 years. According to the SGI experts, in Mexico “equitable tax collection is not really on the agenda due to the low level of direct tax collection; reform fatigue is thus likely to cement social inequality in the country.”

The Panama Papers revelations indicate that the Mexican federal government should be more watchful of multimillionaires and their companies, rather than focusing merely on targeting stricter fiscal auditing for small organizations. Such misguided targeting restricts legitimate and upstart entrepreneurship in Mexico, placing burden unequally on smaller businesses that have less capacity to keep up with compliance, and allowing big players to evade their fair tax contributions. Further attention should be paid on transparency to track large multinationals and fortunes, to strengthen federal resource collection and ensure a fair environment for lowering levels of inequality.

Although inefficiencies in the Mexican tax system are widely known, major regulatory improvements as an effect of the Panama Papers leak seem quite unlikely due to a persistent culture of corruption. On corruption prevention mechanisms, Mexico is among the least efficient of all OECD members. Court cases are prone to be highly influenced by wealth and power, as is every part of the government and justice system.

Currently the Mexican Tax Ministry is conducting an investigation into 29 individuals and four organizations implicated in the leak. However, there is yet no certainty of the situation and further analysis must be performed to punish those who are found guilty of illegal tax evasion. However, considering weak national government systems for tax collection and enforcement coupled with high levels of corruption, it is likely that those hiding resources in offshore accounts will not suffer the consequences.

There is still much sorting out to do in Mexico, and so far no legal actions have taken place in spite of the accusations against powerful businessmen, drug-related transactions and even current president Enrique Peña Nieto. Some of the 289 Mexican names that have appeared in the Panama Papers include Ricardo Salinas Pliego (President of TV Azteca), Alfonso de Angoitia (Executive Vice President of Televisa), Joaquín “El Chapo” Guzmán and Rafael Caro Quintero (both drug dealers) and government officers such as Emilio Lozoya (President of PEMEX national oil company) or Oscar Fernando Trujano (Department of Treasury). The great labor of international investigative journalists processing this information has pointed out clear tracks to follow. However, as John Doe—the anonymous Panama Papers leaker—wrote, “It will take years, possibly decades, for the full extent of the firm’s sordid acts to become known.”

The case of Mexico is just one example of a worldwide story of corruption and a few wealthy individuals propping up inequality. Both national and international tax systems as well as executive accountability have been publicly challenged through exposing some major gaps to the media.

The world’s biggest data leak demonstrates a precedent that may potentially drive adjustments in worldwide financial systems. Until then, the example of Mexico and the Panama Papers will either see whistleblowers and investigative journalists either spur change in attitudes and policy, or the prevailing power structure will remain too strong and citizens’ expectations of government too weak to affect lasting change. 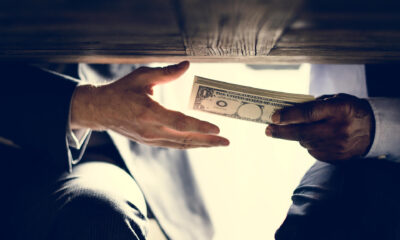 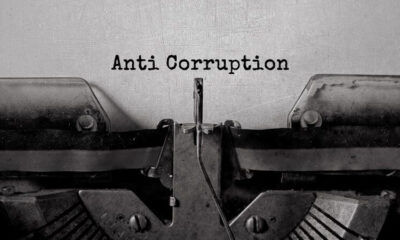