To receive further financial aid from the IMF, the Argentine government has to enforce drastic and unpopular measures ahead of the October elections.

The International Monetary Fund recently approved the second review of Argentina’s three-year stand-by agreement. In doing so, $7.6 billion was made available for the country. The institution’s disbursements reached $28.3 billion in 2018, almost half of the $57 billion agreed in the largest conditional agreement in the IMF’s history.

In Argentina, the combination of a bad harvest, persistent inflation and the abrupt closure of international financial markets triggered an exchange rate crisis during the second quarter of last year. The former poster child of the international debt markets found itself being dismissed by investment funds. Therefore, the pro-market government of President Mauricio Macri asked the IMF for a financial agreement, despite the fund recalling the traumatic crisis of 2001.

But international tensions arising from the increased interest rates and the trade dispute between the US and China have led to added financial uncertainty, which worsened Argentine economic indicators. According to JPMorgan, the country risk soared to 837 points in late December 2018, the currency was devalued by 50% against the US dollar and inflation accelerated sharply. In order to strengthen financial investors’ confidence, the IMF tightened the fiscal adjustment required and advanced disbursements to meet external debt payments until the end of 2019, when President Macri will revalidate his mandate at the polls.

The revised program established a classic severe fiscal and monetary adjustment in order to stabilize the economy and reduce the current account deficit. In the second review, the IMF noted the currency stabilization — the nominal exchange rate remained almost flat in the last quarter — and the incipient inflation deceleration, which in any case will end the year above 45%.

Committed to the orthodox program, the government complied with all scheduled conditionalities, including a strict fiscal adjustment (focused on the reduction of transfers to the provinces, public investment and wages), the maintenance of an international reserves minimum limit, the elimination of central bank financing to the treasury and the approval of a zero-deficit budget for next year. Argentina also maintains the highest interest rate in the world (today at 60%) and a zero growth of monetary aggregates.

Facing the virtual closure of private international financing, the program achieved the objective of adjusting the current account, but at the cost of a collapse in imports due to a deep activity decline. The combined effect of devaluation, a 13% annual decrease in the average real salary according to the Statistical Workers Institute, and a soaring interest rate is a deep recession.

The IMF predicts a 2.8% GDP decline for this year, affecting mainly manufacturing and retail, and estimates that growth would resume only in 2020, expected to be driven by exports and investment. Not surprisingly, the economic and social indicators seem to have strongly deteriorated. According to official data, investment and private consumption fell by 11.2 and 4.5 percentage points year-on-year respectively, and poverty reached 27.3% of the population (an annual increase of 6.2%). Notably, the inclusion in the program of some safeguards to maintain social spending moderated the worsening of social conditions.

Argentina will have to step up its reform efforts

The IMF has stressed the need for structural reforms in 2019. The fund has long insisted on the need to deepen the deregulation of the labor market in order to facilitate the reduction in hiring costs, eliminate what it considers to be distortions in the tax system and reformulate the pension system.

According to the IMF, these measures seek to stimulate investment and productivity, increase employment for women, young people and low-income workers, and strengthen the institutional policy framework. In this sense, as a structural condition for the next review, the IMF has demanded sending to congress a reform of the central bank charter to ensure its operational autonomy, strengthen its monetary policy mandate, enhance decision-making structures, and promote transparency and accountability.

The third review, scheduled for March, looks like a politically challenging event for the Argentine government. In an election year and in full recession, it must send an unpopular bill without a majority in the chambers, meet the zero deficit and make progress in the technical preparations of structural reforms. The government will not be able to appeal to discretionary transfers to boost public morale.

What this means has already been foreseen in last year’s Bertelsmann Transformation Index (BTI) country report: “If the government does not give in to trade union demands during wage bargaining rounds, the government could face destabilizing protests.” However, if the government does, the IMF might curtail its support. This dilemma will be difficult to resolve.

The disbursement of $10.8 billion depends on the approval of the next IMF review, which comprises almost 50% of the disbursements contemplated for this year. A delay could increase the political and financial uncertainty, which has already been affected by the support shown for the Peronist candidate — and former president — Cristina Fernández de Kirchner. According to a recent poll, she would attract 36.7% of the votes against 34.5% for Macri. A turbulent year lies ahead in Argentina.

*[Updated on Feb 28, 2019: An earlier version of this article mistakenly stated that the IMF had demanded that Argentina resists pressure to increase wages.] 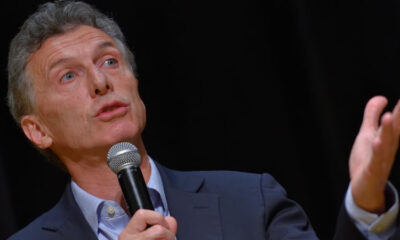 How Argentina Can Rebuild Its Economy 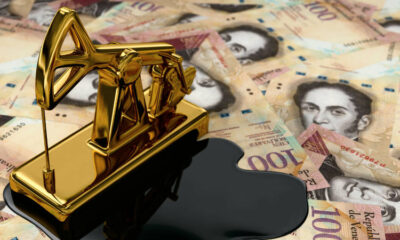