“She said to me: ‘I’m not pointing the finger’ and I said: ‘You have just annihilated me in public and hung me out to dry. The whole world hates me!’” So says wide-eyed Rebekah Vardy, seemingly incredulous at her friend Coleen Rooney’s very public, even flamboyant disclosure that her Instagram account had been hacked and its content “leaked” to British tabloid The Sun.

Like much in this slyly playful spat, the line is strategically placed. Only later, perhaps in a week or so, will it register as a straight-faced joke. The world probably does not hate Rebekah, but a good portion of the world now knows who she is. In the economy of celebrity culture, the most valuable resource is not money but audience attention. Both she and Coleen now have plenty of this scarce reserve.

Coleen has been out of our purview for a while, living in gilded confinement, while her husband, former England striker Wayne Rooney, eases himself into retirement with a comfortable period playing football in Washington (and, next year, returning to the UK to play for Derby County). Coleen has made it known in advance that she intends to resume her television career as an all-purpose celebrity.

If you were asked to design a PR campaign to drive her back into the headlines, you simply couldn’t have improved on the scandal now known as “Wagatha Christie.”

The pun refers to Coleen’s five-month investigation into how ostensibly private information (most of it supremely insignificant) made its way to the pages of The Sun. Her betrayer appears to be Rebekah, the wife of Jamie Vardy, a Premier League and English national team footballer.

Rebekah responded in kind with a Twitter message, denying sharing the intel on Coleen with reporters and expressing slight annoyance that all this happened “when I’m heavily pregnant.” She made the legitimate point that she doesn’t need the money that, presumably, news organizations would have been willing to pay for gossip on the Rooneys. But, as someone who — like Coleen — has been propelled to fame by association with her husband, Rebekah thrives on exposure.

I was at the gym when I first heard of the gathering storm. BBC Radio called me and I instantly reacted: The whole affair was a “stunt,” a spectacular, staged event intended to attract attention. Within minutes, I got another call, this time from The New York Times. They wanted my comments on the same story.

This time, I wasn’t so dismissive. I thought: Coleen infers that a fellow “WAG” — wives and girlfriends of sportspersons — has leaked news about her decorating plans and sundry other fripperies and this story is making it to The NY Times, a newspaper that proudly positions itself as an antithesis of tabloids. Perhaps there was more to this than a squabble between WAGs.

“Were Shakespeare alive today, he’d write about this kind of stuff. It has all the hallmarks of love, tragedy, deception and, of course, power,” I told The Times journalist. A major hacking scandal led to the closure of the News Of The World, one of the UK’s most popular tabloids, in 2011, as well as the conviction of journalists, a huge police investigation and the Leveson inquiry examining the culture, practice and ethics of the media.

Phones rather than social media accounts were the conduits in that scandal, but the parallels are clear enough. It occurred to me that Wagatha Christie may have originated as a clever and elaborate publicity operation, but its surprising global traction may be partly due to its dominant theme: privacy.

Our concepts of privacy and public interest have changed over the past decade. The popularity of social media has implicated us (and I mean all of us, whether we use social media or not) in sharing much more information with many more people than we did at the start of the century. If in 1999 you had asked someone to imagine a world in which ordinary people divulged information about their private lives not just to trusted intimates, but literally to anybody, they would not have believed you. Today, we just do not recognize the idea of privacy as we once understood it.

The age-old division between the public and private spheres is being erased day by day. Politics and entertainment are affected. There is now a very flimsy membrane that separates the two, and my feeling is that this will continue to change, despite legal challenges from the likes of famous figures, such as the duke and duchess of Sussex, who are presently suing The Daily Mail.

But the true surprise of Wagatha Christie is the unintentional disclosure of the changing gender power balance. The acronym “WAG” has spawned a whole culture described by The New York Times journalist as “the circus atmosphere that used to surround the wives and girlfriends of the players on the English national team.” The term may have faded in recent years, but its emergence during the 2006 FIFA World Cup signified a principal position for women in celebrity culture.

Taylor Swift, Beyoncé, Kim Kardashian and, of course, the rest of the Kardashians are among the most influential people in the world. With one post, any of these women can direct millions of followers’ attention to practically anything they wish, whether it be climate change, mental health or the global fight against malaria. Persuasive females populate and perhaps rule celebrity culture today.

Coleen vs. Rebekah may have the spirited pleasure of a soap opera, but under its prepared mischief, there is a barely noticeable seriousness. This scandal is about more than the two other-halves of famous athletes whose ascent to global fame is attributable solely to the accomplishments of their menfolk.

It smuggles into our heads all manner of questions that are germane to life in the 21st century.

Having said this, I, for one, am left with the discomforting feeling that I’ve been played. Maybe my first instinct was right after all. 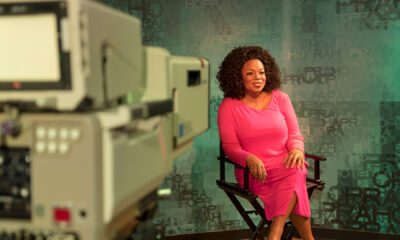