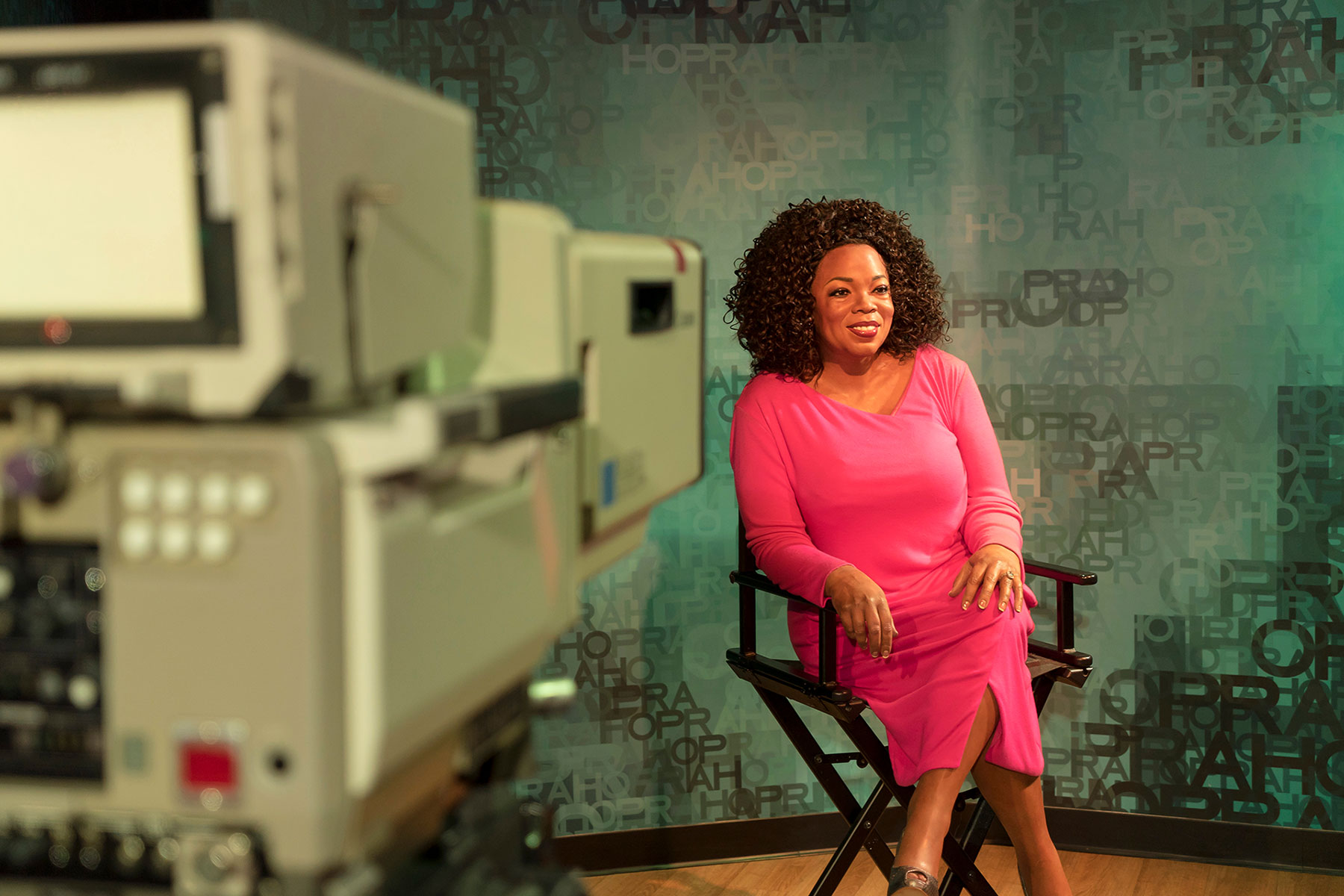 When Oprah Winfrey tells people, “I am here to ask you to think seriously,” apparently they do. She really did say this, in 2007, and her audience duly thought about who was the best person for the US presidency. It was Barack Obama, America’s first black president. Oprah was, and remains, one of the most influential people in the world, and the source of her influence is the unique status she has acquired since September 8, 1986, when her history-making show first appeared on national television in the US.

Harry and Meghan: In Pursuit of Wealth and Luxury

The epoch-defining “The Oprah Winfrey Show” ran for 25 years, during which the host used her growing reputation not so much to change people’s lives but to instruct them to change their own lives. Like a preacher using a parable to illustrate a moral or spiritual lesson, Oprah drew on her own experiences and opened herself up to inspection, encouraging her followers to accept responsibility for themselves and to self-actualize — fulfill their own talent and potential.

It was a very different message to that preached by civil rights leaders earlier in the 20th century. Oprah relied less on the solidarity and potency of collective effort, and more on individual determination and enterprise.

Oprah’s philosophy of individualism chimed well with the changing times. Her show arrived at the start of the third decade after the Civil Rights Act of 1964, which outlawed discrimination based on race, color, religion, sex, national origin, and the less portentous 1965 Voting Rights Act, which prohibited discrimination in voting. The first post-civil rights decade had been tumultuous, with riots in many major cities serving notice that the technical abolition of racism had done little to extirpate it from American society. Dr. Martin Luther King Jr.’s assassination in 1968 catalyzed further unrest.

Well into the 1970s, the dust seemed to settle, and conspicuously successful black figures emerged as if living evidence that it was possible to overcome what once seemed insurmountable obstacles. Bill Cosby featured in the country’s most popular sitcom, “The Cosby Show.” Eddie Murphy’s 1984 “Beverly Hills Cop” established him as one of the world’s most bankable film stars. Michael Jackson was arguably the leading entertainer in the world. Two months after Oprah’s show launched, Mike Tyson won boxing’s heavyweight world championship to become probably the most heralded athlete since Muhammad Ali. Michael Jordan was on his way toward his cultural apogee.

Black celebrities of the 1980s were perfect emblems of the Reagan era, a period associated with low taxes, laissez-faire markets, entrepreneurial initiative and individualism. Oprah and the other glittering African Americans were conspicuous reminders of the success of black Americans, who had persevered and refused to allow the country’s enduring racism to derail their destinies. Oprah was, as one writer sarcastically called her, “an Horatio Alger for our times,” referring to the 19th-century novelist whose tales imparted the message that hard work can triumph over poverty.

This didn’t mean Oprah avoided the problem of racism. Within months of going national, Oprah ventured into dangerous territory by featuring residents of Forsyth County, Georgia. There had been no black residents in Forsyth since 1912, when three black men — all of whom were subsequently hanged — allegedly raped a white teenager, prompting whites to burn down black churches and schools. Oprah asked questions of white people who openly refused to welcome black people into the. “We have a right to have a white community,” said one woman. Unwaveringly, Oprah persisted with her questioning.

Oprah had few equals when it came to mischief and provocation. No social or personal issue was off-limits: as well as racism, she tackled homophobia, addiction, infidelity and child abuse — sometimes drawing on her own experience as a victim. It was a new type of show. She took aim at figures from entertainment, but from politics too and from big business. No one was spared.

Yet her partisanship never clashed with her fundamental idea that people should help themselves. If they grumbled and complained about the world, they would get nowhere. If they relied on others, they would end up where they started. In this sense, she aligned herself with the conservative writer Shelby Steele who believed that, by the end of the 1980s, racism in America was not so much a raging lion that needed to be slain but more an annoying bee that could be swatted.

It made sense to Steele — and perhaps Oprah — not to waste energy on the collective effort fighting a beast that had already been tamed. Instead, African Americans should focus on their own progress as individuals. For many, Oprah was and is a guru, her mantra being “Live Your Best Life.” Somehow, 35 years ago, she scented that this type of individualist ethos was filtering into the zeitgeist.

Oprah leveraged her influence to publish “O, The Oprah Magazine,” initiate a book club, play in film adaptations of Alice Walker’s “The Color Purple,” and Toni Morrison’s “Beloved” and not so much endorse Obama’s bid for the presidency as authenticate it. In fact, research indicated that 30% of voters in the 2008 election said they would be influenced by Winfrey, with half of those more likely to cast votes for the candidate she endorsed; Pew Research Center coined it as the “Oprah factor.”

In 2008, Oprah announced plans to launch an eponymous television channel, the Oprah Winfrey Network, or OWN. Twenty years ago, the first university course based on her was launched at the University of Illinois: “Oprah Winfrey, the Tycoon” was the first of several programs to use Oprah “as a prism to get at the intersection of race, class and gender in the post-civil rights era,” as one tutor put it.

No one ever queried her sincerity. When she conducted interviews, there was emotional immediacy, but with open and honest mischief. Many of her interviews disclosed hitherto unknown aspects of her subject’s character. The Tom Cruise interview in 2005 revealed the actor as a frenzied, perhaps hysterical figure. Michael Jackson in 1993 divulged experiences in his childhood that made audiences wonder how much effect they were having on his bizarre behavior later in life. More recently, in her interview with Prince Harry and Meghan Markle, Oprah, perhaps inadvertently, dragged into the light allegations of racism at the heart of the British monarchy.

History will be kinder to Oprah than it has been to several other African Americans who were once admired but later reviled. The groundbreaking Bill Cosby was disgraced after sexual assault charges were brought against him (his conviction was overturned earlier this year.) Mike Tyson was imprisoned for rape in 1992 and served three of his 10-year sentence. Michael Jackson died in 1999 but was posthumously denounced after two men claimed to have been sexually abused by him as children. At 67, Oprah has taken criticism but emerged basically intact. She was even seriously discussed as a presidential candidate for a while after dropping hints in 2018 that she might run for office.

Oprah was once an entertainer. But she became a mogul, so her story is one of spectacular success. While she is emblematic, Oprah is hardly typical: Black women remain underrepresented in positions of power in both private and public sectors on either side of the Atlantic. While Oprah herself might explain this as the result of a lack of confidence, ambition, self-esteem and support from peers, others might identify experiences of discrimination, stereotyping and more structural factors, such as disparities in the education system and the job market that have persisted over the decades. Oprah’s approach tends to downplay the impact of institutional barriers.

Oprah hasn’t tried to change society. She hasn’t even tried to change human beings. She’s tried and succeeded in making people change themselves. Her gift was and is that she is neither a firebrand nor a demagogue. There is nothing other-worldly about her. She just insinuates herself into people’s lives by speaking plainly and truthfully without bombast or sham virtuousness. It has enabled her to change countless lives in ways even she probably doesn’t realize.

It’s doubtful if there has been anyone quite like her, recognized the world over just by her first name. Her power is all-pervasive; its effects are felt everywhere. If you think I exaggerate, think of someone, good or bad — a politician, a religious leader, an entertainer — who has influenced so many people and whose sway will surely extend beyond her lifetime.

*[Ellis Cashmore is the author of “Kardashian Kulture: How Celebrities Changed Life in the 21st Century.”] 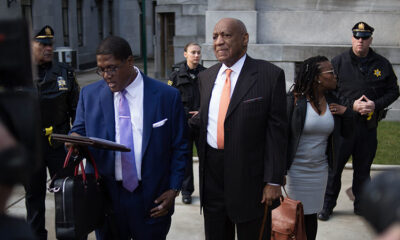 Bill Cosby Is Free: Is It Perversion of Justice or Divine Providence?