Poor Steve Bannon. He has tried very hard, but the Cosmos seems to have lost patience with his European project. After leaving Donald Trump’s White House, he engaged in a valiant educational effort to impose his unique version of reality on the Western world so that, in turn, the West can continue its vocation of imposing its version of reality on the rest of the world. His plan to transform a disaffected monastery south of Rome into what he calls a gladiatorial academy for right-wing populist leaders has been scotched by the Italian government.

Another of Bannon’s initiatives to remodel Europe in the image of Trump’s America is his stab at changing the governance of the Catholic Church. He would undoubtedly like the Curia to adopt an aggressive “Vatican First” policy. He famously called Pope Francis “the enemy.” Bannon has mobilized his network of wealthy conservative Catholics in the US in the hope of deposing the Holy Father on the grounds of heresy. This will buttress the spiritual side of his special view of reality, to ensure its conformity with his political and racial ideology.

Can it be that challenging a sitting pope has provoked divine retribution in the form of the revocation of his lease of the Trisulti Charterhouse? If so, it means that the divinity would have exceptionally appealed to the secular arm, since the revocation came not in the form of a thunderbolt from on high but from the Italian state, still governed by a right-wing coalition that until recently was guided by Bannon’s ally and favorite European strongman, Matteo Salvini.

The pope had nothing to do with the canceling of the lease. It was Italy’s Culture Ministry that revoked the contract. Bannon intended to use the monastery as both a right-wing think tank to disseminate propaganda and an academy that would serve as the launchpad from which he hoped to turn Europe into a province of Breitbart News and Trumplandia.

But the battle isn’t over. In the words of Bannon’s appointed director and associate, Benjamin Harnwell: “The DHI [Dignitatis Humanae Institute] will contest this illegitimate maneuver with every resource at its disposal no matter how many years it takes. And we will win.”

Harnwell may be counting on Bannon’s money (he has already put $1 million into the venture) to achieve his victory, though there’s no indication Bannon himself will cover the legal fees. It’s true that a cabal of rich American Catholics have been raising funds to impeach the current pope or force him to resign. Some of that money could be allocated to the DHI’s legal case.

In June, Bannon summed up the importance of the struggle: “The fight for Trisulti is a microcosm of the fight for the Judeo-Christian West.”

A tiny, incomplete world that encapsulates all the features of the entire world or universe, which serves to instill the belief in the inexorable existence of a bigger, complete world that contains exactly the same properties as the microcosm but on a scale that renders it absolute and unopposable

A microcosm is a very small version of the macrocosm, which generally means not just something bigger, but the entire world or universe. Steve Bannon’s vocabulary reveals the extent of his ambition. He might have called it a sample, a blueprint, a template, a foretaste or even a prototype of something that he intends to build into an influential force. Instead, his choice of metaphor suggests that his ideas and their political application are designed ultimately to dominate the universe or at least that part of the universe he calls the Judeo–Christian West.

Though Bannon purports to be a Roman Catholic — who nevertheless openly seeks to overthrow the current pope — his concept of “Judeo-Christian” appears to be less related to the Catholic “communion of saints” and more to the Old Testament notion of a chosen people. Not the tribes of Israel, though Bannon would certainly include them (at least for the short term), but “people of the white persuasion.”

Part of his problem lies in the fact that most people of the white persuasion — Italians, for example — are not persuaded by Bannon’s ideas. If he really thinks there is a “fight for Judeo–Christian West,” what does he intend to do with all those Judeo-Christians who are opposed to his nationalist, populist and fundamentally racist policies? Have they failed to appreciate that their whiteness marks them as members of the chosen gladiatorial race?

Though everything Steve Bannon has done publicly smacks of partisan, populist politics, Newsweek cites the institute’s attempt to establish its legitimacy by bridging theology and at least one science (anthropology). DHI claims to protect and promote “human dignity based on the anthropological truth that man is born in the image and likeness of God.”

Had Bannon sought to understand the literary, scientific and theological tradition of his beloved Western culture, in whose defense he has so boldly risen, he would have discovered that the notion of microcosm dates at least back to Plato. The Greek philosopher saw the human being — body, mind and soul — as a microcosm of the universe, containing all its complexity on a micro scale. As Encyclopaedia Britannica explains, the idea of the microcosm, as understood by thinkers from ancient Greeks to the Christian philosophers of the Renaissance, “postulates a metaphysical relationship between man and the rest of nature.” It says nothing about the fight for dominance by the Judeo–Christian West.

Pope Francis is currently conducting a three-week synod in Brazil focused on the Amazon rainforest and the issues surrounding its exploitation. The president of Brazil, Jair Bolsonaro, one of Steve Bannon’s political heroes, doesn’t approve. Gregorio Diaz Mirabal, an Amazon native and head of COICA, representing more than 4,500 indigenous communities, has thanked the pope, proclaiming that the church is “the only institution that is calling for the protection of the planet.”

That isn’t quite true, since the United Nations has also taken a stand as have a few national governments. Even Goldman Sachs and JP Morgan have begun to express concern and now see the combat against the effects of climate change as a promising sector, though as a Goldman executive expressed it, “We see this as an opportunity to unlock economic growth.” From his point of view, the interest in climate change stems from the fact that there’s money to be made from investing in profit-making companies, though that in no way diminishes the interest Goldman’s clients have in investing in fossil fuels. Bannon, by the way, began his career at Goldman Sachs.

Diaz Mirabal made headlines when he “urged Pope Francis and the Catholic Church as a whole to help [his people] talk with ‘the new gods of the developed countries.’” The “new gods” he named were Google, the International Monetary Fund and the World Bank. He could have added Goldman Sachs to the list and — why not, if only for comic effect? — Amazon.

A battle is clearly brewing. Is the pope a Christian or a heretic? The teaching at Bannon’s gladiatorial academy would have made it clear that anyone who defends the indigenous and indigent dark-skinned populations of the Amazon rainforest against visionary leaders of Judeo-Christian truth, calling into question their sacred capitalist system, must be a heretic. Alas, the Italian government has struck a blow at academic freedom and the pursuit of both microcosmic and macrocosmic truth by preventing that teaching to prosper, grow and eventually evangelize Europe. 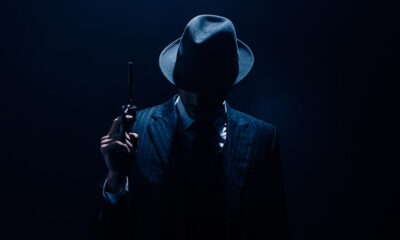 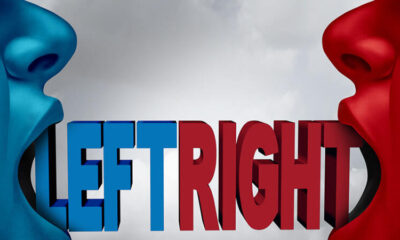 The Daily Devil’s Dictionary: “Party” in the West 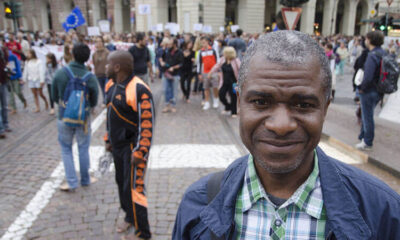 Italy’s Election Is All About Immigrants, and It’s Getting Ugly