Russia attempts to mask responsibility for soldiers dying in Ukraine by cracking down on activists.

On October 17, following a search at the offices of the Committee of Soldiers’ Mothers in the southern Russian city of Budenovsk, Lydmila Bogatenkova, the head of the branch, was arrested and charged with fraud. The 73 year old, who is disabled and suffers from diabetes, spent two nights at the detention center, and had to be taken to the local hospital following her release on October 20. She signed a recognizance not to leave, and has released a statement declaring her innocence.

The case is unprecedented, and not only on legal grounds. Under Russian law, it is uncommon to detain those charged with economic crimes, as well as pensioners or invalids, unless they represent a risk to society. Given Bogatenkova’s age, health and charges, the incident demonstrates the depravity that enters justice when politics are involved.

In late August, Bogatenkova was one of the first to announce that the 11 Russian soldiers declared dead earlier that month by the Committee on Human Rights were killed in Ukraine. According to official statements, they were either killed during an exercise in the Rostov region on the border with eastern Ukraine, or were discharged from the Russian armed forces and entered Ukraine as volunteers. The Committee of Soldiers’ Mothers stated that all were contract soldiers who were part of the 18th brigade, stationed in Chechnya. The Russian Ministry of Defense refused to comment, citing that it had no information about the death of its soldiers on Ukrainian territory.

They Were on Vacation

The claim that “Russia is not conducting a military operation in Ukraine” has been the official mantra propagated by the Kremlin since the annexation of Crimea, when “little green men” — unmarked Russian special forces — participated in the takeover of the peninsula. State media mentioned a Russian casualty in Ukraine in early September, claiming the paratrooper killed in Donbas was officially “on vacation” at the time of death.

In the meantime, widespread evidence of Russia’s covert involvement in the conflict has surfaced with persistent regularity. There was the case of the ten paratroopers who got “lost” in Ukraine during a routine border patrol, the scattered Russian tanks and military rations, or the hushed transport of dead soldiers who were killed during the battle for Donetsk airport in May.

Current attempts to cover up the presence of what Minister of Defense Sergei Shoygu amusingly termed “polite people” in Ukraine is politically expedient and fits the pattern of the Russian government’s continued disregard for the lives of its soldiers, but it becomes nearly impossible to conceal in the age of Internet and smartphones.

This secrecy is a well-rehearsed policy. During the Soviet war in Afghanistan, planes carrying bodies of soldiers landed at night, in an attempt to cover up the escalating casualties of the conflict. During the first Chechen war, according to Vitaly Bencharsky, the former head of the temporary committee on prisoners, “[T]he first time the country found out that it had prisoners of war was only on February 23, 1996,” after it was disclosed in a television program. Current attempts to cover up the presence of what Minister of Defense Sergei Shoygu amusingly termed “polite people” in Ukraine is politically expedient and fits the pattern of the Russian government’s continued disregard for the lives of its soldiers, but it becomes nearly impossible to conceal in the age of Internet and smartphones.

The site Kavkaz Uzel (Caucasian Knot) reported that families of the killed contractors have been forced to sign non-disclosure agreements about the conditions of the soldiers’ deaths. Ukrainian bloggers published photographs of documents and weapons belonging to Russian soldiers who were killed in Donbas, while the Gruz200 website continues to run photos and names of those killed, captured or missing, as does TV Rain. Gazeta.ru cites a surreal case of a paratrooper from Pskov, whose funeral was announced by his wife on the social networking site VKontakte, only to be replaced by a message stating he was alive and well. When a journalist tried to call, a man claiming to be the deceased soldier picked up the phone, yet the funeral went ahead as planned.

War is chaotic, and there are bound to be misinformation, mistakes and false accusations. Yet when the head of Chechnya’s Interior Ministry dubs claims of bodies being brought back as “blatant fabrication,” and the Russian government insists on “volunteers” fighting an ideological war in their own free time, parroted by separatists in Donetsk, it reveals the lack of responsibility of the Kremlin for the lives of those it has commissioned to fight for it. And this is where the UCSMR becomes an irreplaceable buffer against lies, indifference and sometimes plain criminality.

The NGO was formed in 1989 to provide legal aid to Russia’s vast army of conscripts and their parents, numbering around 4 million. Every year, the Moscow office receives over 7,000 complaints, 60% of which are against violations of human rights to life and human dignity. According to the US State Department Human Rights Report, in 2010, Russia’s Ministry of Defense confirmed 14 deaths from hazing — the dreaded dedovshina endemic in the Soviet, and now Russian, army — while the UCSMR put that number at 2,000.

Veronika Marchenko, head of the Mother’s Right NGO, estimates that around 2,000-2,500 soldiers die each year, with the official figure as low as 471 for 2010. In many cases, families struggle to find out about the real causes of death — forced to accept the often mutilated, tortured bodies of their sons with no official explanations. Without organizations such as the UCSMR, they would have no one to turn to.

In today’s Russia, with its newly-found devotion to the Orthodox Church and its moral code, the price placed on human life and dignity still remains conspicuously unholy.

The mothers committees came to prominence during the first Chechen war, when the Russian government often refused to negotiate the release of captured soldiers, abandoned them behind enemy lines or left them for dead, including from friendly fire. Images of women who traveled to war-torn Chechnya to negotiate the release of their sons with Chechen militias will linger in the memory of anyone capable of basic empathy. Bencharsky, who confirms that by the second Chechen war, the government has abandoned all efforts to retrieve captured soldiers, says: “My enemies were not the Chechens, my enemies were in the Kremlin.”

What Bogatenkova’s disclosures reveal is not only an effort to cover up Russia’s involvement in the Ukrainian Civil War, but an attempt to shirk all responsibility to those dying in it. Needless to say, there will be no compensations paid out to the families, no legal recourse to justice or even knowing circumstances of death. Little, yet a last comfort for the bereaved relatives.

A few days after the statement was made public, the Ministry of Justice listed Soldiers’ Mothers of St. Petersburg as a foreign agent — a designation it denies. A deputy from Pskov, Lev Schlossberg, whose paper first published photographs of the killed paratroopers from the region, was assaulted shortly after he called for a public disclosure of casualties in Ukraine. Numerous news outlets began to recall Bogatenkova’s previous allegations of fraud (all dismissed).

In an earlier interview with TV Rain, Bogatenkova was unafraid: “All this dirt being splashed over me on the Internet, I always said: You can come and pour s**t over me, head to toe. But when I see a mother and son smile, and when they thank me, crying, that is my biggest reward.”

In today’s Russia, with its newly-found devotion to the Orthodox Church and its moral code, the price placed on human life and dignity still remains conspicuously unholy. 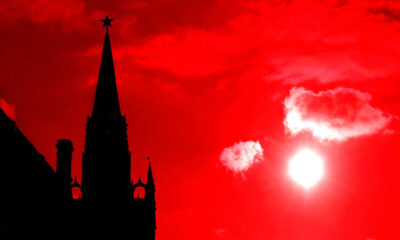 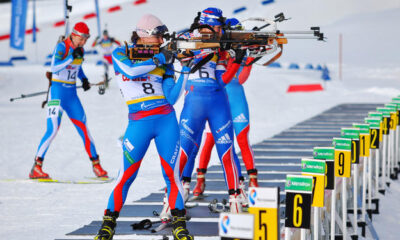 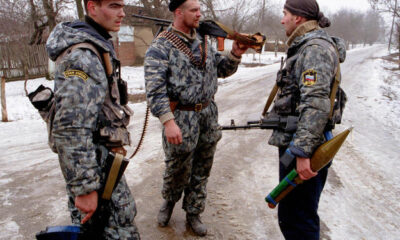