A culture of impunity is endemic at the Kremlin.

If there was ever a case of cloak and dagger, this was it: Alexander Litvinenko, a former KGB agent working for MI6, an outspoken critic of the Kremlin and President Vladimir Putin with a close connection to a renegade oligarch—Russia’s “Gray Cardinal” Boris Berezovsky, now also dead under mysterious circumstances—poisoned by a rare nuclear isotope on British soil by his business partner and former FSB colleagues. It was a moment when the Cold War spilled over the edge of its new order container. Richard Howell, the lawyer representing London police, called it a “nuclear attack on the streets of London.”

Now, a British judge has ruled in a public inquiry that the two men charged with the murder by the Crown Prosecution Service in 2007—Andrey Lugovoy and Dmitri Kovtun—were responsible for carrying out the assassination. Sir Robert Owen concluded that: “Taking full account of all the evidence and analysis available to me, I find that the FSB operation to kill Mr Litvinenko was probably approved by Mr Patrushev [then head of FSB] and also by President Putin.”

Russian officialdom has never been one for nuance and the word “probably” got a predictable treatment. Maria Zakharova, assuming a rather distasteful tone on behalf of the Russian Foreign Ministry, called the inquiry “a logical conclusion of a pseudo-process” with a criminal intent to “blacken Russia, its official representatives and administration.” Calling one of the most extensive investigations in Britain’s history a “theater of shadows,” she concluded that Agatha Christie had nothing on this story. Putin’s spokesman, Dmitri Peskov, dismissed the conclusions as “elegant British humor” and said that terms such as “probably” are not admitted in Russian law.

However, what this verdict means is that the judge found with over 51% probability that the circumstantial evidence of Russian state involvement is plausible. Had this conclusion been reached in a criminal court, Litvinenko’s widow would have won the case.

“Remember Trotsky!” was allegedly one of the threats Litvinenko received. If his murder was indeed a warning to other “traitors,” it inadvertently brought the message across with maximum impact. Inadvertently, because in choosing a little-known radioactive substance—polonium 210—the intention was to conceal, not shock and awe.

Yet it is precisely the “secret weapon” that provided the most compelling evidence in the inquiry. Judging by the sloppy nature with which Lugovoy and Kovtun handled the substance, they were unaware of the nature of the poison. They left a radioactive trail all over London: the flights they took; the hotels they stayed in on two separate occasions; the couch of Boris Berezovsky’s office on which Lugovoy sat; Kovtun’s ex-wife’s car and apartment in Germany; and, most damning of all, the highest levels of primary contamination found in the drain of the sink in Kovtun’s room at the Millennium Hotel—he appears to have simply poured the nuclear substance down the drain.

Had they picked a simpler poison, it would have been much harder to connect the two men with the murder. The polonium trail, however, makes for incontrovertible forensic evidence that led Judge Owen to conclude that he was “sure that Mr Lugovoy and Mr Kovtun placed the polonium 210 in the teapot at the Pine Bar on 1 November 2006.”

If they picked a poison that could only be produced in a handful of specialized, high-security nuclear facilities, it would have been much easier to argue against state and security services involvement. In terms of its traceability, the poison prove to be “very expensive” indeed.

Had this case happened in isolation, and not been one in a line of political assassinations carried out against Russia’s critics, it may not have made the Kremlin look the ghoul that it currently does. When you stand in the middle of a crime scene dripping with blood, it becomes increasingly difficult to contest the accusatory glare of a dying man who points a finger right at you.

Since Russia denied Britain’s 2007 extradition request, which led to four diplomats being expelled from the United Kingdom, Lugovoy and Kovtun have hardly kept below the radar. They continued to deny their involvement in the case—Kovtun suggesting most recently that Litvinenko accidentally killed himself. Berezovsky’s aide recalled an accident in which his boss received a mock CSKA football club t-shirt from Lugovoy that said: “POLONIUM-210 CSKA LONDON, HAMBURG To Be Continued,” and the writing on the back, “CSKA Moscow Nuclear Death Is Knocking Your Door.”

Lugovoy won a seat in the state Duma in 2007, which grants him immunity from prosecution. In March 2015, Lugovoy received a medal “For Service to the Fatherland” for his parliamentary work.

Ramzan Kadyrov, another recipient of one Russia’s highest awards, has also been making headlines. The Chechen president and honorary member of the Russian Academy of Sciences was awarded the Order of Honor the day after he proclaimed the man accused of Boris Nemtsov’s murder a “true patriot,” in a flare of not just bad taste, but characteristic provocation. Kadyrov has made his distaste for Russia’s “non-systemic opposition” well-known once again, when on January 12, 2016, he told journalists that those who oppose President Putin should be treated as “enemies of the people, as traitors.” His statement was published on the official government website of Chechnya, in case anyone had doubts that he didn’t really mean what he was quoted as saying.

What happened next resembles theater of the absurd much more vividly than the kind described by Zakharova. Deputy Konstantin Senchenko took issue with the statement and called Kadyrov a “shame to Russia” in a scathing Facebook post. A private phone conversation in which he expresses regret over the post was then leaked to the press, followed by a video in which he openly apologizes to Kadyrov, prompted (allegedly) by a visit from one of the Chechen president’s advisers—an Olympic wrestling champion.

The Congress of Intellectuals started a petition to call for Kadyrov’s resignation. The head of social policy for Chechnya retorted that they “sneeze upon” this condemnation—a phrase that sounds as vulgar in translation as it does in the original. Speaker of Parliament Magamet Daudov then posted a photo of Kadyrov’s dog Tarzan on Instagram, stating that Tarzan “really doesn’t like dogs of foreign breeds” and “we are having a hard time holding him back.”

Pro-Kremlin celebrities started an Internet flashmob with the hashtag #RamzanRussianPatriot, while others started filming sarcastic apologies and posting them to YouTube. On January 22, a pro-Kadyrov rally was held in Grozny. Some of the approved slogans included “Don’t whine, liberal, your end is nigh,” “Only in Russia do criminals call themselves opposition” and “Kadyrov—threat to the 5th column!” According to Chechen police, a million people attended. The entire population of Chechnya is less than 1.5 million.

This snowball is far from light-hearted Internet spats that take place the world over. Ramzan Kadyrov is a notorious warlord who has subdued renegade Chechnya for President Putin using extreme violence, extrajudicial killings, torture, intimidation, corruption, electoral fraud and an endless flow of Moscow money.

He has positioned himself as Putin’s backup, his private army. Some of the most conspicuous murders of the Kremlin’s critics lead to Chechnya—Anna Politkovskaya, Boris Nemtsov—and Chechen battalions are fighting in Ukraine. This latest lashing out against the opposition is all fun and games, until someone else winds up dead.

“Vladimir Putin is my idol,” Kadyrov had said. “I want him to be president forever. I love him very much, as a man can love another man.” The Kremlin has so far reciprocated the affections, urging to treat Kadyrov’s latest faux pas “calmly.”

It is one thing to claim to protect your citizens (in refusing extradition) or use brutal force to exercise control over a breakaway territory. But publicly flaunting those who have inflicted incredible pain and destruction and broken every rule in the book on their way to please you falls into a category worthy of those you most often see at The Hague.

Until Russia learns to tell the difference between due process and politicized attacks, to which the response is irreverent denial and haughty bravado, the system of criminal impunity will remain firmly associated with the regime currently in place, with Aleksander Litvinenko its unintended symbol. 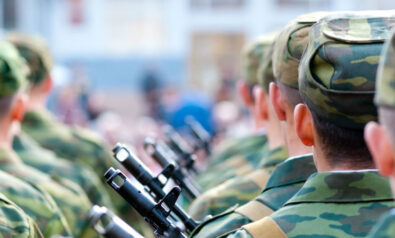 Silent Deaths: The Price of a Russian Soldier’s Life