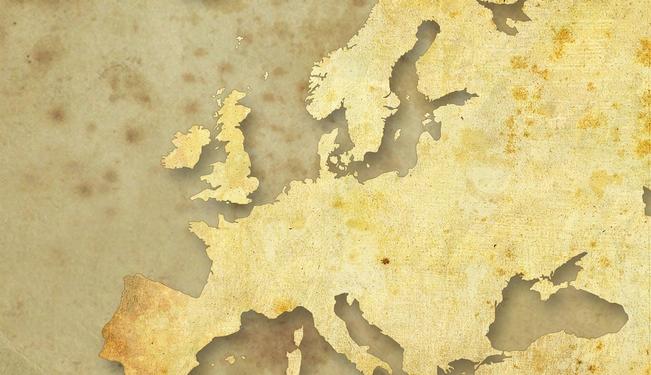 It is easy to say that Europeans should have more sex. Demography is destiny, after all, or so it has seemed for millennia, and what could be better than sleeping your way to world power?

Over the next 40 years the European Union faces an existential crisis of epic proportions; its fertility rate -1.58 in 2012 – will remain below replacement levels and its already strained ratio of four workers to every pensioner will deteriorate to an unsustainable two to one by the time today’s teenagers reach retirement age. For this reason the EU will not be able to sustain its generous social programs – from its wonderful public transportation systems, to its largely free higher education, to its cradle-to-grave medical and social care – unless it finds dozens of millions of additional hands to put to work. Europe will not, of course, increase its birthrate sufficiently to maintain the EU’s social, economic, and tax status quo; even were it to do so, it would take more than a generation for Europe’s aging demographic age bulge to work its way through the life-cycle.  In any event, the future has already come calling: Europe’s sovereign debt crises are Europe’s welfare state bills coming due. Greece’s profligacy has simply hastened the day of reckoning by a few years.

So, Europe will have to choose, and soon: import dozens of millions of non-EU hands, probably from Muslim societies, with all the social challenges that portends; raise taxes, which will depress economic competitiveness and growth and lead to the EU’s long-term economic decline; or cut back its welfare state. Europe is already on a path toward increasing its Muslim population from 4.1 percent to 8 percent by 2030. Dozens of millions of mostly Muslim immigrant workers would double that percentage. Will these new Europeans assimilate to Europe’s cultural norms? Already, Europe’s racist and xenophobic extreme right, notably the mouvance identitaire, has loudly embarked on a campaign to preserve Europe’s secular and lay heritage – which really means keeping the Muslims out. Many among Great Britain’s Tories have their own point of view. They do not consider the EU to be a cultural and political entity and they resent meddling Brussels bureaucrats telling good Little Englanders how to conduct their lives. They believe that the EU should be a common market, on the far side of the Channel, “in Europe,” and that is that.

In sum, the elements of the EU’s current economic and demographic dilemma are flaccid birthrates, robust immigration from Muslim societies, bloated social expenditures, and some countries that have always been reluctant EU member states. Serious as these challenges are, however, I am relatively optimistic about the EU’s future. Here is why.

The EU has always tacitly accepted higher unemployment in exchange for generous social transfer payments, in the form of unemployment insurance, protective labor laws, robust medical and educational programs, and so on. This has been the broadly accepted social democratic model – accepted in Europe even by the putatively “conservative” parties in European countries. Most EU officials do not even entertain the possibility that the price of labor market rigidities and the heavier taxation required to fund social transfer policies – solidarité sociale, my French interlocutors would term them – was fiscal strain and higher unemployment (10.7% EU-wide, in November 2012) than the “savage capitalist” system across the Atlantic (7.7% in the US, January 2013), and, ultimately, structural fiscal strains. The cultural and political objectives, initially of binding Germany to Europe, and then of creating a single European entity, always have driven decisions. Even Great Britain’s Tories have grudgingly recognized this: geography decides destiny, too.

Fifteen years ago, I frightened a number of German journalists.  They had asked me how I saw Europe evolving. “If Germany does not lead Europe,” I told them, “Europe will not be led.” They were shocked to hear an Europeanist calling openly for a dominant German role; after all, the whole point of post-WWII European history, and of the EU, was to keep Germany from reverting to its unfortunate history of forceful intervention. But the solutions to the EU’s crises are relatively clear, if painful.

Europe will adjust its structural fiscal and monetary posture, and will continue its long, halting, economic and political integration. Germany will require the more profligate EU members to align the costs of their social programs with their productivity and their expenses with their GDP and tax revenues. Inflationary policies – printing money as a way out of the problem – may mitigate some of the costs of fiscal restructuring, but inflationary policies alone will not lead to the structural reform needed to address the EU’s budgetary and fiscal imbalances. The structural adjustments that will instead be required will cause substantial human suffering, at least in the short term. Greece’s gross domestic product has declined for five years running and will continue to decline for at least another year or two. The EU as a whole, and especially its fiscally laxer southern members (Italy, Spain, Portugal) will pay for structural reform with years of continued low growth and higher unemployment (Spain’s unemployment rate is currently 26%.)  But there is no other way to foster economic growth long-term, balance budgets, strengthen the Euro, and strengthen the EU’s political union  – whatever France’s Socialist president François Hollande affirms – than to have structural national budget deficits within a point or two of a nation’s core inflation rate. Germany will grudgingly save the Euro by bolstering the economies of the EU’s prodigal southern members, but will not succeed in changing in the short or medium term the southern members’ political and economic cultures, which led to the crisis in the first place; these cultures are almost impervious to government policy, except over decades.  But in fiscal, monetary, budgetary, and social policies, Germany will succeed in forcing change on EU member states and on the EU as a whole.

Great Britain will realize that it is part of Europe – trade flows, political involvement, millennia of history, all these, over time, are stronger than Little Englander pique. The UK is far more integrated with the EU than it was forty years ago when it became a member. It cannot afford to leave; and even if it does, the EU will continue without Great Britain, diminished, but more coherent. Great Britain is not so important anymore that it can decide the fate of the EU.

Ultimately, for all the crisis and structural problems causing the EU and the Euro to stumble and the EU to appear to be in existential crisis, the long-term solutions for Europe are achievable, and will happen: the EU’s demographic, geographic, economic, and political crises will either adjust themselves, or Germany will, in the end, win the arguments, and impose adjustments. No member, possibly Great Britain excepted, will break the union. No one will dare to.

The EU need not jettison its model; it needs structural reform. This is what will happen to the EU over the next decade, albeit imperfectly and with pain, recriminations, and error.

Social Programs – the EU’s social model: the EU will align its social welfare expenditures with the revenues its labor force, however constituted, can produce. This will agonize and antagonize many on the European left; but a country cannot pay for social programs without money unless it chooses to be poor and fall behind the rest of the world (see Soviet Union, Cuba, China pre-1979, North Korea, et passim.)

Structural fiscal and monetary reform: the EU needs to, and will, address its fiscal and monetary imbalances; Europe’s national budgets have been out of balance; they can and will be better balanced (see Greece, German steps to oblige the wayward to walk a straighter and narrower fiscal line.)

Labor rigidities: Europe’s labor markets have been too rigid; labor laws can be made more flexible, and mobility can be increased. If Europe can accept dozens of millions of immigrants, and it will, it can address its labor rigidities.

Budgetary pressure: governments will be better able to address labor rigidities as budget pressures ease (i.e., flexibility to hire and, yes, fire; less burdensome tax and regulatory obligations on corporations, such as the 35 hour work week in France…)

Growth: as the EU addresses its fiscal and monetary imbalances and starts to address its labor rigidities, EU growth will return and increase and the unemployment rate will fall.

These solutions to the suffering and problems the EU faces will inflict pain on already suffering populations. However, with Germany’s leadership, the EU will make these critical changes to strengthen the EU’s fiscal and budgetary imbalances. The EU is the latest embodiment of the cacophony that has always defined the West. Yet what at times has appeared incoherent and ungovernable chaos has frequently been the key to the West’s success. Strength, flexibility, and dynamism have come from the endless series of challenges Europe and the West have confronted. Long-term, the outlook for the EU is favorable. We need not agonize too much about the short-term crises, grave and real as they are. The Europeans can go back to bed. It would be good for them, too. 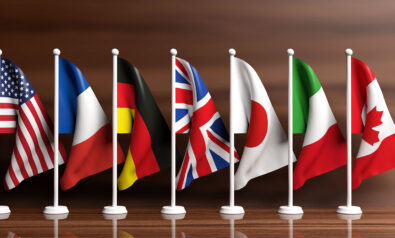 How the G7 and UN Can Make Multilateralism Sustainable