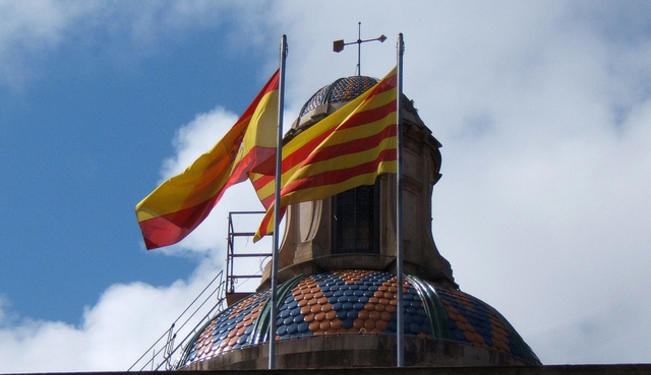 As prosperity grows in federal regions of Catalonia and Flanders, nationalist and separatist sentiments are being reinforced, as people seek greater control of their economy in the light of financial crisis.

Massive anti-austerity protests, twenty five percent unemployment and other economic woes are not the only torments of Spain today. Prime Minister Rajoy also has to deal with an internal revolt in Catalonia, where there is a sharp uptick in separatist attitudes and demands for greater sovereignty, a phenomenon also seen elsewhere in Europe.

Catalonia, with an economy the size of Portugal, could be on the brink of breaking away from one of the oldest states in the world. How did it come to this?

Home to over seven million inhabitants in a region hugging the northeastern Mediterranean coast, Catalonia has long claimed a language, culture, and history different from Spain. During the Franco years, the Catalan language and even the national dance, the “sardana,” were banned. Since Franco’s death in 1975, and the ensuing democratic transition, Catalonia has received limited self-rule in Spain’s federal system, particularly in areas such as education, health, and policing.

The region, up to now, has mainly focused not on outright independence, but on greater autonomy within the framework of the Spanish state. In 1979, almost ninety percent of Catalans approved the original Statute of Autonomy, which granted more powers of self-government but kept Catalonia as a regional entity within the newly democratic Spain. Separatist attitudes for a while polled relatively low, and the primary political party extolling independence, the Republican Left of Catalunya (ERC), has not been a major political force.

But this dynamic is changing and rapidly. Pro-independence sentiment is on the ascent. Recent celebrations of Catalan National Day, “La Diada” – unusual in that it commemorates a defeat, in 1714 in the War of Spanish Succession – brought over a million protestors to the streets of Barcelona, the Catalan capital, in a noisy bid for greater autonomy from Madrid. La Vanguardia, an influential Catalan newspaper, published a poll in September of this year that put the independence sentiment at over fifty-four percent, a significant increase from thirty-five percent in 2009.

Catalan President Artur Mas seems to be following the people’s lead, if belatedly, by joining the pro-independence bandwagon. Hailing from the mainstream center-right Convergence and Union Party (CiU), an erstwhile supporter of increased autonomy within Spain, Mas has called snap elections for November 25. This election, which many view as a de facto referendum on independence, could then be followed by an actual vote on secession from Spain in 2014.

This quest for self-rule would, however, be difficult. The Spanish constitution would need to be amended and the measure would need nationwide approval from all Spaniards, not just those in Catalonia. But if Catalans do indeed vote for and unilaterally declare independence, Madrid would be under severe pressure to at least listen to their demands for fiscal autonomy. The regions of Navarra and the Basque Country already enjoy this right – although not full independence.

Under the Spanish federal system – known as “café para todos” (coffee for everyone) – the country is organized into seventeen “autonomous communities,” with each sharing powers with Madrid. This serves partially as a wealth redistribution process, by which more affluent regions send a portion of their revenues, via Madrid, to poorer regions. Catalonia, whose economic success since industrialization in the 19th century has made it one of the wealthiest regions in Spain, currently accounting for roughly a fifth of Spanish GDP, increasingly views this arrangement as unfair.

The recent economic turmoil has exacerbated the feeling of being unfairly gouged by Madrid. With rising unemployment and shrinking output, Catalans have called for more funds to help service their own needs. On a net basis, the region currently sends approximately eighteen billion euros, nine percent of Catalan GDP, a year more to Madrid than it receives back in investment. Moreover, Catalonia now maintains the biggest regional debt in Spain, approximately forty-two billion euros, and recently had to go hat in hand to Madrid to request five billion euros in emergency assistance from an eighteen billion euro liquidity fund launched by the government in June to help finance regional debt. The Catalan region is shut out of financial markets because of the overall Spanish fiscal situation and must repay nearly six billion of bond maturities this year.

Accordingly, it is no surprise that many Catalans view greater fiscal control as a means to plug the deficit and help alleviate the economic shortfalls. Independence has been transformed into an economic issue, with proponents arguing that such a step would free Catalonia from the burden of aiding the rest of Spain and allow Catalan wealth to remain in Catalonia. President Mas recently voiced this grievance, declaring, “Spain is a backpack that is too heavy for us to keep carrying. It’s costing us our development.”

Spain is not the only country in Europe facing a separatist backlash nurtured by economics. Belgium, famous for its communitarian and federalist structures, is also falling victim to this phenomenon. Split between Francophone Wallonia in the south, and Dutch-speaking Flanders to the north, the country faces the prospect of dissolution along economic lines.

Walloons were the wealthier Belgians in the late nineteenth century and early twentieth century, profiting from industrialization. But now the situation is reversed. Flanders, on the back of a burgeoning services sector, is now more economically viable. A University of Leuven study notes that Flanders hands over roughly sixteen billion euros a year to Wallonia. And the Flemish, especially with the current economic turmoil in Belgium and across Europe, are growing more resentful of subsidizing their less affluent neighbors.

Local elections in early October confirm the resentment, with the separatist Flemish party, New Flemish Alliance (NVA), sweeping the region. NVA won twenty out of thirty-five districts and its leader, Bart De Wever, was elected mayor of Antwerp, the de-facto capital of Flanders and a commercial hub. De Wever, just prior to his electoral victory, echoed the widely felt condemnation of fiscal transfers to Wallonia, proclaiming, “The Flemish have had enough of being treated like cows only good for their milk.”

In the nearby United Kingdom, regional independence for Scotland is a major issue.  The dynamic, however, is slightly different from that of Catalonia and Flanders. Unlike in Spain and Belgium, the British Government has already sanctioned a referendum on Scottish independence due to take place in 2014. Moreover, many see Scotland as more dependent on U.K. resources, rather than the other way around, as Glasgow is not the economic engine that is Barcelona and Antwerp. A recent Ipsos MORI poll indicates a drop in Scottish support for independence from thirty-nine percent in January to thirty percent now. One might conclude that independence sentiment would be higher if Scotland was richer than the rest of the U.K. and economics was more of a factor.

This larger phenomenon of economic separatism can also be seen in the context of the European Union. In federalist systems, like Spain, Belgium and the EU, different provincial entities share power with a central authority, which transfers wealth among the various parties. Unity in diversity is dependent on economic reallocation of funds from richer to poorer regions to help develop the entire economy.

EU Structural and Regional Funds are based on this premise. They inject capital from richer member states into lesser developed, usually new members. Ironically, Spain is often hailed as one of this program’s greatest success stories, as investments from Brussels turned the country’s economic fortunes around to the point that now Spain is a net contributor to the EU budget. Eurozone financial assistance is also based on the same thinking. But just as in Spain and Belgium, there is a backlash against fiscal transfers within the EU and Eurozone framework. Many Germans resent having to use German tax payer money to bail out fellow Eurozone members such as Greece, a country seen as economically irresponsible.

Conventional wisdom holds that nationalism and separatism are characterized by close-knit bonds and intense allegiance to a common history, lineage, land, and language. This is largely correct, but the current situation in Spain and Belgium paints a slightly different picture. In more prosperous and federal regions, financial concerns, intensified by economic gloom apportioned unevenly, can reinforce nationalist and separatist sentiment. Relative prosperity empowers an already divergent people who wish to garner greater control of their economic destiny.   Economic separatism may be the wave of the future in a more developed and globalized world.

*[This article was originally published by The European Institute]

The views expressed in this article are the authors’ own and do not necessarily reflect Fair Observer's editorial policy. 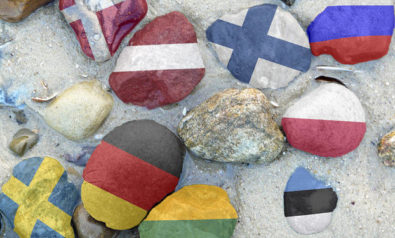