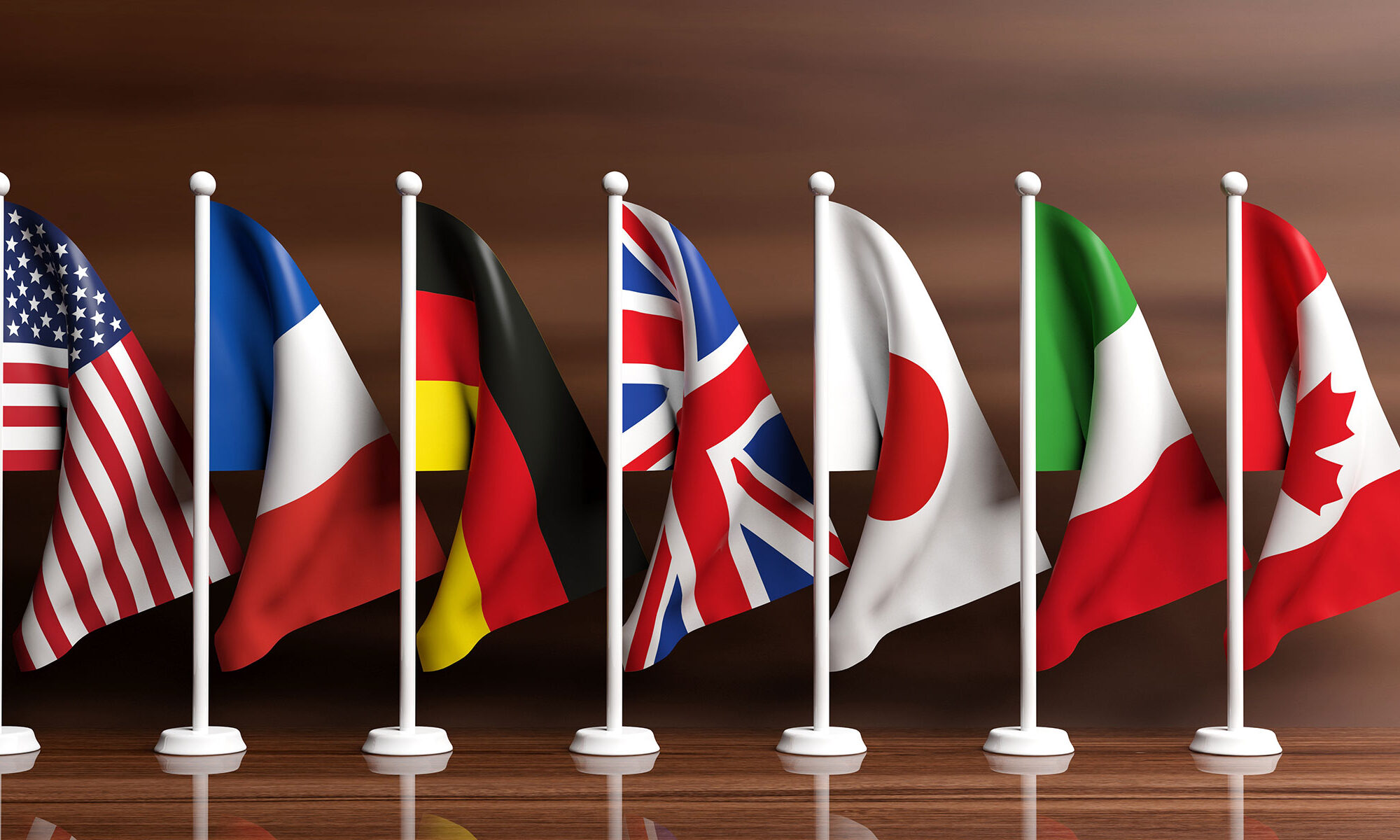 “Progress towards an equitable world” is Germany’s goal for its G7 presidency program, which frames the G7 states as “leading industrialised countries and value-based partners” with a particular responsibility to “shape a positive future… in the spirit of sustainable economic recovery.”

Clubs such as the G7 itself and the “climate club” envisaged by the German presidency are often able to make quicker decisions and act faster than more inclusive multilateral organizations such as the United Nations. Despite this, a speedboat, for all its pace and maneuverability, cannot cross the ocean on its own. So, too, the G7 cannot tackle any global challenges alone.

Time for a Sober Look at the Ukraine Crisis

The German G7 presidency has thus announced in its program that it intends to forge close links with the UN and the G20 in particular, with the goal of achieving a “fair and rules-based multilateralism.” UN Secretary-General Antonio Guterres also underscored the importance of pioneering initiatives and partnerships within the framework of an “inclusive and networked multilateralism.”

In his report, “Our Common Agenda,” building on the commitments in the declaration adopted by the member states on the occasion of the UN’s 75th  anniversary, Guterres develops numerous ideas for how to strengthen international cooperation. He calls for progress to be made wherever there are common interests.

So, is what belongs together growing together? Unfortunately not (yet), as the G7 program is rather abstract and dutiful in its references to the UN. However, the German G7 presidency has an opportunity to change this and implement shared priorities on a collective basis.

Tether “Strong Alliances for a Sustainable Planet” to the UN

Both the G7 and the UN are opting for pioneer projects and partnerships with non-governmental stakeholders, such as the COVAX vaccination drive and the G7 initiative for infrastructure projects in poor countries. It is positive to see the UN secretary-general not shying away from dealing with these formats and advocating for their greater use in order to implement global goals, most notably those of the 2030 Agenda for Sustainable Development and the 2015 Paris climate agreement. While many UN member states may support such partnerships, there is no agreement on this kind of multilateralism beyond mere inter-governmental relations.

In order to achieve the greatest possible impact, it is important for the G7 that as many states as possible consider its initiatives to be beneficial and legitimate. To this end, it would be worthwhile to tether these initiatives institutionally to the UN system, which would ensure that partnerships meet human rights standards, are transparent in their design, monitored on an ongoing basis and further developed in line with the needs of the target groups.

The UN secretary-general has proposed strengthening the existing UN Office for Partnerships, which is not currently in a position to carry out the aforementioned tasks. After the failure of earlier reform attempts, due not least to financing issues, digital solutions are now to be employed. The G7 should support the development of an effective UN hub and link its own initiatives through this hub. This could help the G7 generate acceptance and, at the same time, galvanize other partners. By subjecting partnerships to this kind of quality control, the UN could strengthen its central role in global governance.

“Investing in a Better Future” — With the UN

Like the German G7 presidency, the UN secretary-general places a particular focus in his report on future issues in conjunction with matters of justice. The world organization needs to become far better at avoiding shipwreck — that is the UN must respond more inclusively and justly to acute and future transnational crises. Developing greater strategic foresight, taking increased account of the interests of young people and future generations, and bringing key players together quickly in the event of the outbreak of new crises — these are the ambitious proposals for placing the UN further into the center of global problem-solving.

Here, too, the member states are divided when it comes to the increase in authority and knowledge for the UN that would go hand in hand with these measures. The issue of upgrading the UN is also contested within the G7 due to concerns about effectiveness and sovereignty and given the influence of states such as China and Russia.

In view of overlapping interests with regard to major concerns for the future, the G7 should, nonetheless, insist upon pooling the existing capabilities of the UN system more effectively, while at the same time supporting the targeted development of the UN’s strategic capacities politically and financially. This can be done via voluntary contributions or, beneficially in some cases, the expansion of the regular budget. In 2021, the G7 committed in the Cornwall Consensus to make crisis management more effective and fair in the future. This year, the G7 should discuss the role of the United Nations in this.

Currently, member states are discussing in the UN General Assembly which of the secretary-general’s proposals they intend to support, while preparation processes for the G7 summit are also underway. It is time to consider processes as one whole and bring them together for a future-proof multilateralism.