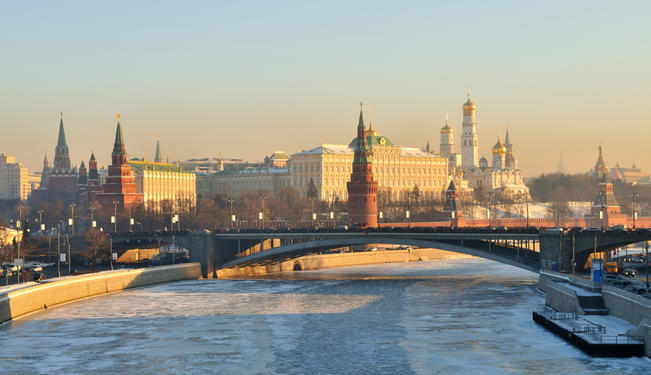 As the “anti-blasphemy” bill passes the State Duma, prison sentences and fines for public insults and humiliation of divine services, as well as believers’ feelings, have become real. With the Russian state becoming increasingly anachronistic and failing to deliver on its promise of social modernisation, Alexander von Hahn sees the country’s nongovernmental organizations taking the initiative into their own hands.

Russia's new law on nongovernmental organizations (NGOs) was recently criticized at the United Nations by the US, which called it to be rescinded. While opening the first German-Russian NGO conference in Berlin, German Foreign Minister Guido Westerwelle declared that “the subjects and challenges that civil society is engaged with today often transcend national boundaries.” The international debate around the future of Russian social activism starts to resemble the early days of the R2P doctrine, with the international community applying all its power in trying to prevent its collapse.

Under the law on nongovernmental organizations, initially adopted in 1995 and substantially revised in July 2012, Russian NGOs are offered a choice between what is called a “constructive dialogue” — funding and support in exchange for unconditional surrender to the government’s paternalism, and the cold and increasingly hostile waters of financial and ideological independence.

The new law also puts an additional and often unbearable “moral burden” on every NGO, receiving financial assistance from abroad. Once established as a foreign grant recipient, it will be officially known as a “foreign agent” — just a breath away from the Stalinist “enemy of the people.”

Depicting political opposition as the lackeys of the West has become a daily routine since the early days of Vladimir Putin’s directorship of the Russian security service, the FSB. The large-scale attempts to limit the independence of NGOs – both those with foreign connections and not — is a novelty and manifests a fundamental problem of Putin’s third term as the country’s president: his declining popularity and, as a result of mass protest following the 2011 Duma Elections, the end of the his invincibility as political leader and “the symbol of the nation.”

Rigged polls, corrupt media and puppet political parties continue to dominate Russian political landscape. The attack against what might be considered the first offshoot of modern Russian civil society, is an attempt to assert total control over the country by the regime, which has lost the moral right to govern Russia.

While Yeltsin, followed by Putin, was busy engineering “election triumphs” and tuning up a “managed democracy,” Russian NGOs had been succeeding in building up broad social support by partaking in viable social work or asserting public control over important government projects.

By making the rules known and aims clear and transparent, NGOs rapidly became the building blocks of Russia’s grassroots democracy, a system of adequate and fair representation of different social, ethnic and religious groups, economic interests and cultural associations.

The Khimki Forest protests, started in 2010, is just one example of a relatively minor issue – the fate of some thousand hectares of prime forest land near Moscow, parts of which were destined for clearance and road construction – becoming a turning point for many who, until then, believed in “reformability” of the autocratic system. Articulate and well-sustained efforts by a small group of activists led to a wide-scale public campaign against not only those involved in the road construction, but also their government backers and protectors.

Paralysis of state institutions, widespread corruption and degradation of social services, gave the group an opportunity to mobilize broad support from across the country. “We are fighting a legacy of corruption and bribery among government officials, law enforcement and industry that has allowed this project to move forward,” reads the group’s statement. In 2012, after a series of loud protests, President Dmitry Medvedev temporarily halted the construction of the road, which the movement members called their “huge victory.”

A recent wave of political protests in Russia shows that modern democracy is different from the one prescribed in the textbooks. What is different is the social attitude towards power, as well as the way it is perceived by the new generation.

Instead of it being a “thing-in-itself,” a reality of its own — a closely guarded secret — the 21st Century understanding of power focuses on its representation, image, and the way it is relayed to the public. Ability to create, visualize and sustain a narrative becomes key to the success of any social initiative.

Positioned at the center of diverse groups, networks and loose affiliations, NGOs have a particularly high level of accessing social capacity and mobilization potential. One of the best examples of such an NGO is the Memorial Society, which emerged in late eighties and early nineties.

Memorial was established by the leaders of post-Soviet intelligentsia following the collapse of the Communist monopoly on historical truth. The aim of the group was to reserve and disseminate the information about Stalinist repressions and Bolshevik brutalities. However, its greatest contribution to the civil society development was, and still is, its attempt to build and sustain an alternative version of the Russian’s 20th century narrative, focused on people and their destinies, rather then an ideological construct of Soviet pseudo-history. Also, its recent work in investigating human rights violations in Chechnya has earned it both international accolades and harassment from the Russian and Chechen governments.

While the Memorial Society’s formal structure remains adequately rigid and complacent, the “cloud” of its affiliates is as fluid and diverse as are the scenarios for a new Russian democracy. The role of the NGO here is to safeguard the freedom of discussion and respect for historical truth. It would be fair to say that Memorial’s existence is essential in preserving the legacy of millions of victims of totalitarian regime across Russia and Eastern Europe, as well as exposing the abuses of power executed by the current regime.

Over the years, Russian NGOs succeeded in creating a stable non-hierarchical fabric of relationships of interdependent, but autonomous groups. The latest outburst of social and political activism has revealed yet another important function NGOs play in society, namely that of providing a viable alternative for those unable to enter the closed world of Russian politics, as well as converting social discontent and frustration into a hard currency of experience.

“The politicians of tomorrow come from the NGOs of today,” declared Ella Pamfilova, former chairman (2004 – 2010) of the Civil Society Institution and Human Rights Council. For the new generation of Russian activists, NGOs represent an opportunity to build a solid support base and accumulate experience in solving complex social problems. Their careers are further fostered in a much more open and flexible environment free of government rhetoric and party disciplines.

Opposition parties, however harassed, and independent media, however suppressed, as well as numerous prosecuted ecological and social services, deliver credible and viable results where the actual state fails. Russian NGOs and “public organizations” fully capitalize on their meaning. With political parties and associations cultivating a fun-club atmosphere with no real agenda and ephemeral aims, nongovernmental organizations look increasingly “proto-governmental,” putting up a credible alternative to the corrupt and often discredited bureaucracy.

The post-modernist world of non-government activism contains yet another set of fundamental challenges to the Kremlin adepts of “sovereign democracy.” Immediacy of response: just a decade ago, a political rally, however small, was a climax of months of coordination and careful designs. In December 2011, it took just a few hours to mobilize a sizeable crowd of political activists and followers and supply them with all sorts of paraphernalia, printed in a nearby printing house or at home. Spontaneity: political activity becomes the public domain, civil activism goes retail, emancipated from wholesale politicking; moreover, the political agenda, as a uniform set of goals and a toolkit of principles, becomes redundant, being replaced by a story with as many versions as there are participants. Global reach: The Russian community abroad, some twenty years of age, is already capable in shaping up and delivering targeted and precise messages to virtually any state, media, and activist organization and institution around the world. Global relevance: Russian NGOs are closely linked with their international partners and supporters; NGOs “plug” Russia into the global, transnational civil society.

“Civil society is not a national project, especially in these globalized times,” said Westerwelle in his conference opening remarks. Thus, by the stroke of a pen of the minster’s speechwriter, the closely-guarded realm of Russia’s internal affairs became an open playground for all those concerned. The struggle for democracy in Moscow and Ekaterinburg, Novosibirsk and Cheliabinsk is now a part of the global struggle for a just and fair social order.

Externalization of “Russian problems,” the conference participants asserted, is one of the most effective ways of improving the situation on the ground. A creation of a unified NGO coordination center, therefore, might be yet another way to facilitate rapid information exchange and coordination between the NGOs in Russia and their international partners and media. This initiative can also lead to applying coordinated pressure, not only on the Russian government, but also on international community when it comes to safeguarding universal human rights and freedoms.

Protecting citizens “against the power of officials, employers, experts, party bosses, factory foremen, priests, parents, and patrons” can only be done by a combination of civil and government activism. Conference sponsors were clear: preventing civil society from assuming its rightful place as an equal partner in a political process leads to tensions no country can afford. Putin’s distrust of democracy, disdain for civil rights and freedoms becomes problematic, not only for Russia, but also to its partners in Europe and beyond. The time for action has come.