Russia will keep sidelining the opposition with ever-growing impunity in the years to come.

In what has become an all-too-common pattern, Russian authorities have once again neutralized the only viable candidate who might have stood a chance against President Vladimir Putin come the 2018 elections. Much to the bitter disappointment of Western observers, Alexei Navalny, the popular anti-corruption campaigner and dogged critic of Putin and his entourage, was found guilty of embezzlement and handed a five-year suspended sentence.

On February 8, a Russian district court in Kirov, 800 kilometers northeast of Moscow, found Navalny guilty of defrauding a state timber company. In addition to a suspended sentence, the court handed him a fine of 500,000 rubles ($8,700).

The decision has been a long time coming, as Navalny was originally convicted in 2013. Then, the judge ordered his immediate imprisonment, but reversed the decision and released him pending appeal after rioting broke out in the streets of Moscow. Navalny later wrote in a statement that the suspension was “an admission that in fact there was no crime committed … But it keeps a politician who has now gained national notoriety on the hook, with the chance he could be sent to jail at any moment.”

Observers also noted that by temporarily allowing Navalny to continue his anti-Putin political activities, the Kremlin got to cover itself with the thin veneer of legitimacy that tolerating opposition parties confers.

Such magnanimity didn’t last for long, however. In 2016, the European Court of Human Rights (ECHR) made a pronouncement on the original decision. It ruled that Navalny had been denied the right to a fair trial and ordered that he be paid €63,000 in damages and legal fees. In November, the Russian Supreme Court overturned the decision following the ECHR ruling, only to send the case back to the district court of Kirov—for a pronouncement that was an almost word-for-word repeat of the 2013 decision.

Of course, it’s no coincidence that the district court’s decision comes little more than a month after Navalny announced his intention to run for president in 2018. As a result, the ruling is nothing more than a barely-disguised effort by the Kremlin to eliminate Putin’s only credible opponent before the election. Russian law forbids anyone convicted of a crime from running for office. While Navalny has vowed to continue his campaign, it remains to be seen whether the Kremlin will look kindly on his defiance as the race ramps up over the next 12 months.

Many observers have already begun to wring their hands over the Russian government’s efforts to sideline Navalny. After all, he has been the most prominent member of the Russian opposition landscape for nearly a decade.

A lawyer and anti-corruption activist, he first rose to the scene nearly 10 years ago, when he started to blog about alleged misdeeds at state-owned companies. He was the instigating force behind large street protests in 2011, when he led thousands of demonstrators to condemn the victors in the latest parliamentary elections as a “party of crooks and thieves.” Since then, he has been a constant thorn in the side of the Kremlin, demanding free elections and exposing corruption and hypocrisy at the highest levels of the establishment.

Despite Navalny’s anti-corruption platform, though, his movement is not nearly as untarnished as it might seem. For instance, he has been associated with Russian nationalists and has made a series of inflammatory statements that raise serious questions about his ability to govern. He has participated in an annual march that brings together numerous Russian nationalist groups and has called for the deportation of illegal immigrants. He’s backed Stop Feeding the Caucasus, a campaign that aims to end federal subsidies to the “corrupt” governments of Chechnya and its neighbors. Navalny also supported the Russian war against Georgia in 2008, demanding that all Georgians be kicked out of Russia, using a racial epithet to describe them in the process.

However, Navalny has rejected claims that his “nationalist,” anti-immigrant agenda would stoke neo-Nazi tendencies in Russia. Instead, he has called for an open discussion of issues such as illegal immigration, “ethnic” organized crime groups and crime in the North Caucasus.

Navalny’s sentence couldn’t have come at a worse time. With populist movements gaining power at a frightening pace—from the United States to Britain and continental Europe—outrage over Russia’s actions was muted.

After all, just look at the Trump administration’s reaction—or lack thereof—to the muzzling of another, less prominent Russian opposition activist, Vladimir Kara-Murza. Days before the court ruled on Navalny’s case, Kara-Murza was taken to a hospital in Moscow, where he was treated for his second alleged poisoning in two years. It is widely suspected that he was targeted in retribution for his political activism.

In response, several US lawmakers have voiced their support for Kara-Murza’s predicament. Last week, for instance, the ranking and minority members of the Senate Foreign Relations Committee called on the newly minted secretary of state, Rex Tillerson, to “pay close attention to Vladimir Kara-Murza and other Kremlin opponents” as they formulate the administration’s Russia policy. The executive branch, however, has remained notably mom on the matter.

Given President Donald Trump’s well-publicized cozying up to Putin, however, and his recent refusal to qualify his Russian counterpart as a “killer,” it looks like Moscow will be able to continue sidelining the opposition with ever-growing impunity in the coming years. 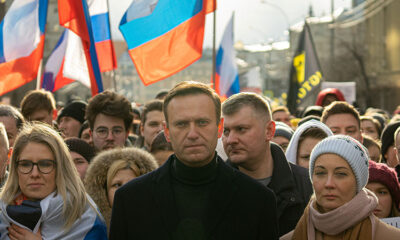 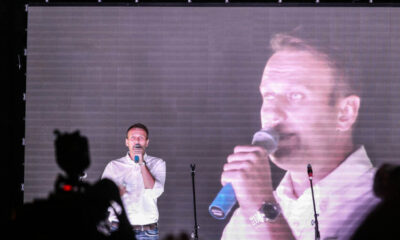