On September 2, German authorities stated that Russian opposition politician Alexei Navalny had been poisoned with a nerve agent from the Novichok group. Since August 22, Navalny has been treated at the Charité university hospital in Berlin, where he was transported from Russia in an induced coma.

Navalny is best-known for his anti-corruption initiatives, particularly the Anti-Corruption Foundation, which is commonly known under its Russian abbreviation FBK. Since its inception in 2011, FBK has evolved into an important independent investigative media outlet funded by over 15,000 recurring donations from Russian citizens. Although Navalny is not allowed on Russian state-run television, FBK’s video investigations have been watched hundreds of million times on Navalny’s YouTube channel.

In July, Navalny was forced to dissolve FBK after a libel lawsuit filed by Yevgeny Prigozhin, a US-sanctioned Russian billionaire accused of interference in the 2016 US presidential elections. Prigozhin is seeking 88 million rubles ($1.4 million) from FBK, Navalny and Lyubov Sobol, FBK’s lawyer and a prominent opposition activist. Despite FBK’s liquidation, its team continued to work as usual, and on August 18-20 was filming a new investigation in Tomsk, where Navalny is believed to have been poisoned.

Breaking Through the Information Blockade

Navalny’s anti-corruption crusade began in 2008, when he purchased a small number of shares in Russian publicly-traded oil and gas companies, including the majority state-owned Gazprom and Rosneft, and became an activist shareholder. He started publishing investigations into the opaque operations of these companies on LiveJournal, formerly a popular blogging platform in Russia.

Since then, FBK has regularly published its investigations on YouTube, pointing out the lavish lifestyles of Russian officials and visualizing complex ownership schemes of their businesses and properties. FBK’s videos were particularly appreciated for their humorous presentation, impressive drone footage of luxury properties and high-quality animations. By keeping the content entertaining and accessible while describing complex fraudulent schemes, Navalny managed to expand his follower base to include people from across the country and its social classes.

In 2017, FBK published its best-known documentary, exposing the alleged corrupt activities of Russia’s then prime minister and former president, Dmitry Medvedev. The video was viewed over 36 million times as of September 2020. Shortly after the release of this investigation, Navalny’s YouTube channel gained one million subscribers, and Navalny announced the launch of a second YouTube channel, Navalny Live, intended for live streaming.

In June 2017, TIME magazine included Navalny in its list of the 25 most influential people on the internet for “breaking through the Kremlin’s information blockade.” Navalny’s two YouTube channels became an influential alternative to state-run television and a vital source of information for many Russians. By September 2020, the two channels accumulated 4 million and 2 million subscribers, respectively.

FBK is widely credited for its scrupulous work with public records, which is the main source of information for its investigative documentaries. FBK has been actively challenging the common misconception that Russia is an opaque jurisdiction with poor record-keeping. Indeed, Russian authorities collect and publish a wealth of regularly updated data that is readily available free of charge or for a relatively small fee.

FBK’s investigations are often based on information from Russia’s official land registry and corporate records as well as wealth declarations published by government officials. Based on open source information, in April 2019, FBK concluded that Russia’s longstanding minister of finance, Anton Siluanov, owned a plot of land in the elite Rublevka district outside Moscow and that, taking into account his declared income over the past 10 years, he could not possibly afford it.

Similarly, FBK discovered that a neighboring plot of land is owned by an anonymous “natural person,” according to the official land registry. FBK claimed that the land is owned by the Russian Deputy Minister of Defence Ruslan Tsalikov; the size of the plot was exactly the same as the plot of land Tsalikov mentioned in his wealth declaration. Once again, FBK concluded that Tsalikov would not have been able to buy land in Rublevka considering his declared earnings. Both the finance and defense ministries confirmed ownership of the land but denied FBK’s allegations of illicit enrichment.

Despite the overall transparency of the official Russian registries, names of senior public officials from Russia’s military and space sectors, and even their relatives, have been increasingly removed from the land registry filings on unclear legal grounds. For example, in November 2019, FBK stated that the 81-year-old father-in-law of Dmitry Rogozin, the head of Roscosmos (Russia’s space agency), disappeared from the land registry. His name was substituted by the “natural person” entry. FBK claims that he owns expensive properties on behalf of Rogozin. Rogozin has not responded to FBK’s allegations.

Various global NGOs and think tanks, including Transparency International, have continuously classified Russia as a country with a high level of corruption. Russian government officials are often involved in illicit enrichment schemes, such as kickbacks, or conceal ownership of businesses and properties through their close associates or offshore shell companies. As demonstrated by FBK’s investigations into Tsalikov and Rogozin’s properties, officials tend to try to hide ownership by erasing their names from the official registries.

Even though FBK can identify individual cases of illicit enrichment, Russia currently lacks the necessary mechanisms to investigate such allegations. Article 20 of the UN Convention Against Corruption defines illicit enrichment as a “significant increase in the assets of a public official that he or she cannot reasonably explain in relation to his or her lawful income.” While Russia ratified the convention in 2006, it refused to include Article 20. Due to this omission, FBK’s anti-corruption investigations have little to no legal consequences within Russia. Against this backdrop, Navalny has repeatedly claimed that political changes are necessary to end endemic corruption in Russia.

As Russia’s leading opposition figure, Navalny has never concealed that FBK’s investigations are intended as a call for political action. His most recent investigations, including the one filmed in Tomsk, support his political campaign against candidates from the ruling United Russia party on the eve of the regional elections on September 13.

This campaign is part of the so-called smart voting initiative, which is Navalny’s wider strategy to challenge the protracted rule of President Vladimir Putin and United Russia. The central election commission has refused to register Navalny or any other FBK employee as a candidate in elections since 2013, when Navalny came second in Moscow’s mayoral election with 27% of the vote. To challenge the situation, Navalny’s team used its reach to coordinate opposition voters to strategically and effectively beat United Russia candidates in hundreds of local and regional elections. In practice, this means voting collectively for the strongest non-United Russia candidate in any given district, regardless of his or her political affiliation or personal qualities.

In September last year, smart voting generated impressive results: Nearly half of the elected members of the Moscow city council — 20 of 45 members — had been recommended by the platform. During the campaign, FBK’s investigations into the source of wealth of prominent United Russia members in Moscow proved to be a vital agitation tool, given that Navalny or FBK have no access to popular state-run media outlets. According to a research paper published in March this year by Russian political analysts Ivan Bolshakov and Vladimir Perevalov, Navalny’s smart voting, on average, improved the results of opposition candidates by 5.6% in last September’s Moscow city council elections. For instance, FBK accused Andrey Metelsky, United Russia’s branch head in Moscow, of concealing his multimillion-dollar business empire by controlling it through his 75-year-old mother. Following the 2019 campaign, Metelsky lost his district to a candidate suggested by Navalny’s smart voting. Prior to that, Metelsky had continuously held office since 2001.

According to the Charité hospital, on September 8, Navalny has been taken out of an induced coma and is reported to be responding to speech. His recovery will probably take a long time, and long-term after-effects cannot be ruled out. But it is worth noting that Navalny’s projects seem to be working smoothly even in his absence: The latest investigation, released on September 9, has already garnered nearly 3 million views. Acting under constant pressure from Russian authorities, Navalny and FBK focused on establishing autonomous operations that do not overly rely on any single person.

On the eve of the 2019 elections, Navalny spent a month in jail for violating Russia’s strict protest laws, while his allies continued to shoot FBK documentaries and campaigned for smart voting. The smart voting platform has already provided its recommendations for the upcoming local and regional elections scheduled for September 13 and intends to do so for the 2021 state Duma elections. 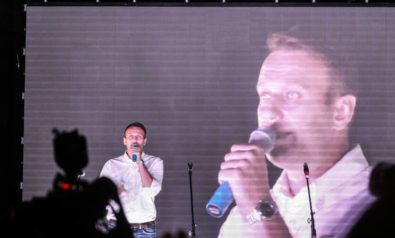 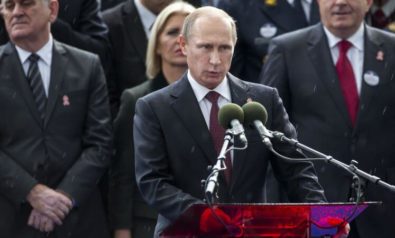