Lyndall Stein remembers the remarkable people her parents welcomed in their London home.

Growing up in in London in the 1960s, we had two tables that welcomed refugees.

There was our kitchen table where my mother Jenny provided a never-ending flow of her nourishing bean soup, warmth and sustenance to the constant flow of refugees from South Africa, who fled prison and death but continued their fight for freedom. My mother always had refugees at her table.

There was another refuge from the rigors of the struggle: My Jewish father Sylvester’s poker table. The players—heroes in the fight against fascism and racism—bet for big stakes with their lives, small stakes at the table:

Helder Macedo, the great Portuguese poet and writer, who left his beloved country and language to escape the vicious regime of the fascist Salazar regime.

Rudi Nausser, who escaped Nazi Germany aged just 14 with his mother, carrying on them only a money belt to bribe their way out of Germany and away from torture or death. Having arrived in London and at a new school, Rudi heard the singing of the Handel hymn—appropriated by the Nazi regime—and was faced with the horror of thinking he was back in the hands of Adolf Hitler.

Jean Lefevre who traveled through the treacherous jungles of Madagascar, alone at 19 years old, at the start of the Second World War to join those who were forming the resistance to the French Vichy collaborators. Later, he became a Spitfire pilot in the war against fascism. Post-war life in South Africa did not suit him and his wife Monique, also a wartime fighter. After the unprovoked murder of so many innocent people at Sharpeville and so many acts of brutality by the apartheid regime, they left their life in South Africa and joined the diaspora in London.

Joe Slovo, the leader of Umkhomto we SIzwe—the liberation army of the African National Council—husband of Ruth First, renowned journalist and teacher assassinated by the apartheid regime in Mozambique.

Lippy Kessel, a Jewish orthopedic surgeon, one of the brave British band of soldiers who fought the Nazis at the battle of Arnheim.

Lucas Heller, later a Hollywood scriptwriter, who escaped Nazi Germany as a Jewish child to start his life again in Britain. And in the kitchen, my mother’s best friend Helga Keller, who fled Germany at 19, arriving with nothing, living in Bilston as a cleaner, later a distinguished film editor who worked with Laurence Olivier.

They arrived in London, most with nothing, leaving behind their language, their culture, their status, their homes. All had to be rebuilt from scratch. And they did so with commitment to their new homes, some whilst still continuing the struggle in the countries they had fled.

Helder became an esteemed academic and, after liberation, the first minister of culture in democratic Portugal. Joe Slovo, a member of the team who negotiated the peaceful transition to democracy in South Africa and the minister of housing—quite literally rebuilding South Africa—before his untimely death.

Rudi, a renowned author who rebuilt his father’s German wine business and found his place in the cultural heart of London.

My mother’s life was enriched by refugees: the Spanish child Jesus, fostered by her family during the Spanish Civil War; the Juan Miro print, bought by the family in the 1930s for 1 franc, always on our wall as a reminder of that tragic struggle.

In those times, Britain was really a refuge, providing a place of safety for those fleeing torture, imprisonment and death at the hands of fascist and racist regimes.

How richly we as a nation have benefited from this beautiful tapestry of difference. The beautiful music of the Congo, Zong Zing—now rehearsing around my table—this band of brothers sharing the pain of exile, but also the joy of music. Papy, by day a doorman at the Dorchester, by night a true genius on the guitar. Gianni, a heart-stopping singer and a carer for old people in North London, and Fiston, master musician, keeping the music burning bright.

Stella, exiled from the hard years of turbulence in Zimbabwe, now peacefully growing seeds from Africa for gardens and communities in London. Keeping lost souls rooted in this new earth, all cherishing the flavors of their lost home.

George from Montserrat, master of the steel pan and of fragrant goat curry, he worked so hard for so many years welcoming young and old to the Whittington community center as a caretaker not only of the building, but also of the whole community.

After the terrible volcano eruption of 1995 that destroyed half of Montserrat and his own island retirement home, he worked tirelessly here in Britain welcoming the thousands of islanders uprooted from their Caribbean paradise to the gray streets of Birmingham and London, their lives warmed by his wisdom and his welcome.

Now most recently, my dear old dad at 95, gently accompanied from this world by the tender kindness of Agnes—a carer from Cameroon—and, during his last hours, the expert and loving Yula, a nurse from Nigeria, with him to hold his hand on the final journey.

Refugees are welcome at our table, now and forever. 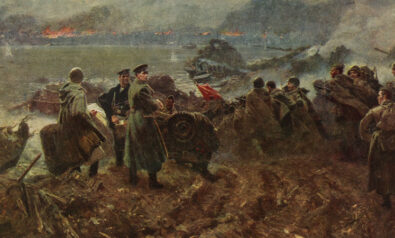 Stalingrad: The Turning Point of WWII in Europe 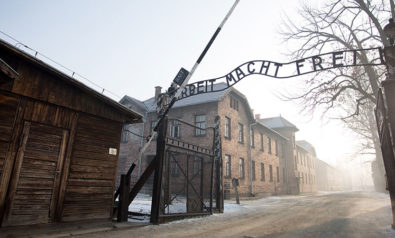 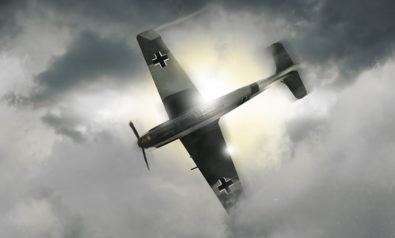 The Liberation of Paris