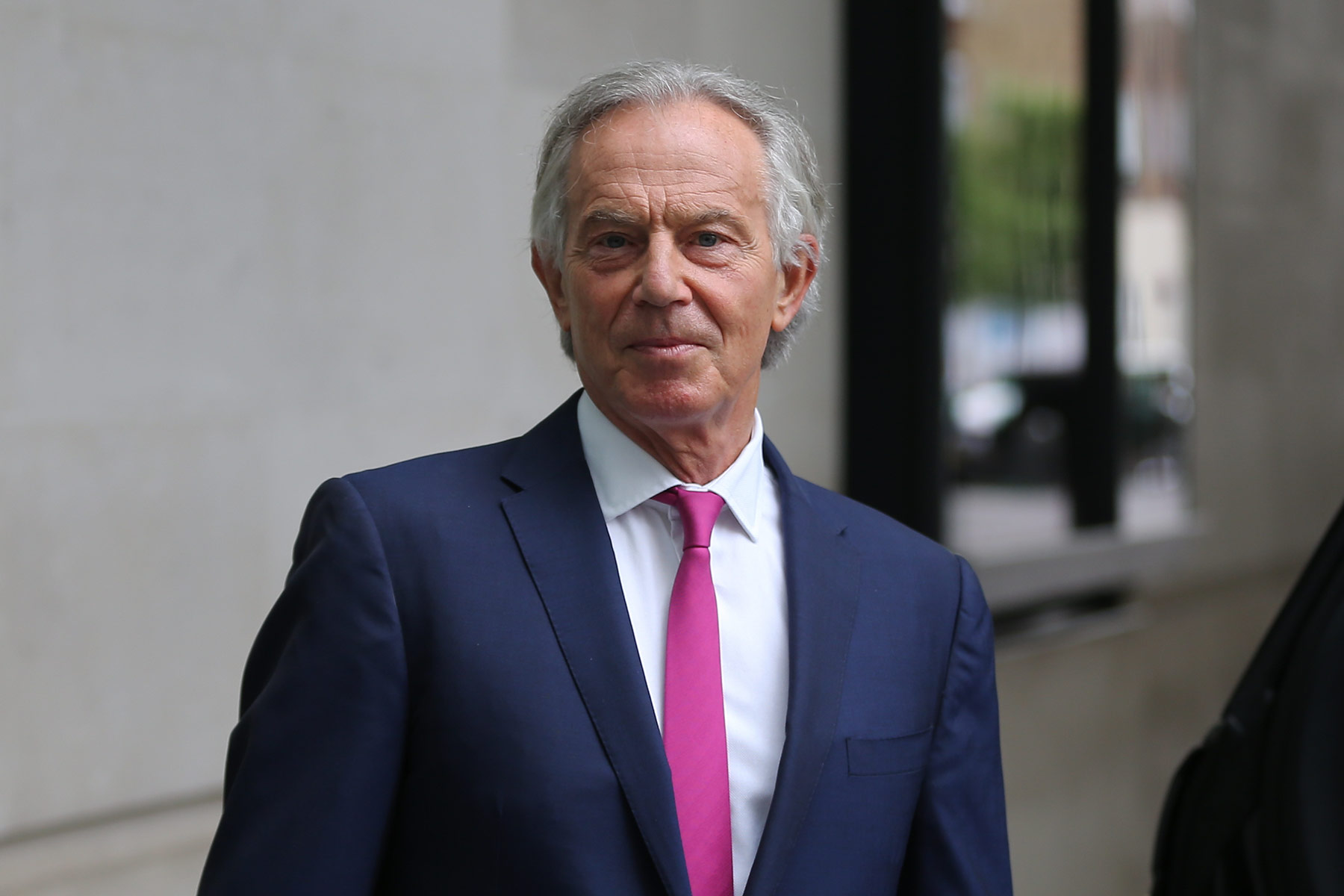 Is there any reason to pay attention to what Tony Blair, the British prime minister between 1997 and 2007, has to say after the Afghan debacle? The former member of the comedy duo, composed of George W. Bush (the inarticulate gaffer) and Blair (the sanctimonious moralizer), that performed prominently on the world stage in the first decade of this century, no longer has any serious connection to political power. Still, Blair manages to make occasional appearances in the news cycle, thanks principally to the inertia that so relentlessly drives the media’s choices.

Now that the war the Bush and Blair team enthusiastically launched in 2001 has been officially lost, the Royal United Services Institute (RUSI) was curious to hear what the former leader might have to say. Would Blair offer some insider perspective on an episode of history now judged to have been a vainglorious attempt to punish a spectacular criminal act by mounting a military campaign that turned out to be more spectacular, equally criminal, much more costly and far more self-destructive of the civilization that was presumably defending itself? Would he apologize for his own mistakes? Would he coldly analyze the political and ideological sources of those mistakes?

Blair did admit that “maybe my generation of leaders were naive in thinking countries could be remade.” That was neither a confession nor an apology, especially as he immediately followed up by implicitly critiquing President Joe Biden’s precipitated withdrawal of US troops from Afghanistan, adding that “maybe the remaking needed to last longer.” He then used the now obligatory example of the plight of Afghan women to assert that “we mustn’t forget … that our values are still those which free people choose.”

Instead of confessing and clarifying, the monologue he delivered resembled a self-parody of the reasoning that drove his error-ridden decision-making in 2001. “Islamism,” he proclaimed, “both the ideology and the violence, is a first order security threat… COVID-19 has taught us about deadly pathogens. Bio-terror possibilities may seem like the realm of science fiction, but we would be wise now to prepare for their potential use by non-state actors.” In short, once again, we need to be afraid, very afraid.

A term used by politicians to describe an unlikely event that usefully inspires fear in the public’s mind to justify aggressive efforts labeled “defense,” but which objectively appear to take the form of offensive assault against other nations and peoples

In such moments, Blair can appear as if he is vying to become a stand-up comedian, a kind of one-man Monty Python, satirizing his nation’s historical institutions. Unfortunately, despite Blair’s notoriety, they are not in the same league. The Flying Circus boys came together initially as irreverent university wits, who targeted post-colonial British culture and the pompous establishment’s status quo. As the former living symbol of that pompous establishment, Blair’s comic ambition is fraught with insurmountable obstacles. Even when his discourse manages to sound as surreally unhinged as that of any of the characters invented by the Python, Blair will never break free from his former identity as the real-life representative of the establishment’s fake wisdom and pseudo-sanity.

In the later years of his reign as the young and glamorous prime minister, even before the devastating findings of the Chilcot report on the UK’s involvement in the Iraq War, many politically aware Brits were already tempted to change the spelling of his name from Blair to Bliar, to highlight his habit of solemnly lying his way into disastrous wars, alongside his buddy, President Bush. Together, those two men led an enterprise that some observers assess as a complex and long-enduring war crime.

That both of those men should still be welcomed on the world stage, treated as sages and counted on to deliver wise commentary on current events should shock only those who are unaware of how today’s media works. It systematically honors those who have been the boldest in committing crimes, so long as such crimes are committed in the name of national security. That rationale has become so fundamental and so obsessively inculcated by those who exercise any form of political or economic power that committing extreme violence in the name of “national security” will always be lauded in the media as proof of a politician’s courage to go beyond the call of duty.

Tony Blair’s comedy appears to be based on a simple premise. His onstage character assumes the stance of taking seriously the startling idea formulated in 1989 by Francis Fukuyama, as the Cold War was ending. According to the young political scientist, a golden age governed by the principles of Western liberalism was dawning. Fukuyama claimed that “we are witnessing… the end of history as such: that is, the end point of mankind’s ideological evolution and the universalization of Western liberal democracy as the final form of human government.”

Fukuyama himself eventually abandoned that thesis or at least corrected our understanding of what he meant by it. Blair thinks we can return to 1992, a year in which the book, “The End of History and the Last Man” was published and the Soviet Union only existed in the past tense. In his secular preaching, Blair maintains the faith in the triumph of liberal values. “Recovering confidence in our values and in their universal application,” he affirmed, “is a necessary part of ensuring we stand up for them and are prepared to defend them.”

Blair’s forward-looking aims at new battlegrounds. “Britain should work more closely with European countries on how best to develop capacity to tackle the threat in areas such as Africa’s Sahel region,” he said. This stands as a scintillating demonstration of how the neocolonialist mind works. It seeks a region of interest and then invents the threat.

Why is Blair singling out the Sahel? The answer should be obvious. It is the logic used by 19th-century European colonialist powers, who opportunistically looked for occasions to exploit the weakness of their rivals to dominate a particular part of the world. France is currently retreating from its futile engagement in the Sahel, an area it dominated to a large extent as a colonial power and in which it has been active as a neocolonial defender in the “global war on terror.”

Blair’s plan reads like a comic book version of traditional British imperialism. “We need some boots on the ground,” he said. “Naturally our preference is for the boots to be local, but that will not always be possible.” Let the natives die as we secure our rule. It is already laughable to suggest that Prime Minister Boris Johnson’s post-Brexit Britain might “work more closely with European countries” on its relations with the African continent.

Blair is obviously thinking of a tandem with France, whose citizens have lost all patience with their nation’s inept military operation across the Sahel region. He imagines France and Britain together renewing the glory formerly achieved by the US-UK duo in the Middle East. Together they will ensure that the “remaking” lasts longer. France’s Jupiterian president, Emmanuel Macron, humiliated by the current pressure to withdraw troops, would clearly welcome the chance of participating in such an alliance, even if the French people are reticent.

For Blair, it isn’t about power and money, though he is clearly attracted to both, especially the latter, which he has shown a talent for accumulating. No, it’s about universal values, Blair’s own singularly enlightened values. That’s a language dear to the president of the French Republic, a nation that has tirelessly sought to exercise its “mission civilisatrice” across the globe for the last three centuries. Blair, the stand-up comedian, will “stand up for” those values and be “prepared to defend them.”

“Be prepared” is the Boy Scouts’ motto. In the final act of Shakespeare’s “Hamlet,” the young prince of Denmark declared to his friend Horatio that “the readiness is all.” Unlike Blair, however, Hamlet wasn’t interested in magnifying real or imaginary threats to his well-being. Instead, he was affirming a certain equanimity and trust in his own capacities. No need to invest in his training before what turned out to be a rigged fencing match. Hamlet refused to let fear be his guide.

From the beginning of Shakespeare’s play, Denmark was in a state of war, feverishly building its armaments to defend itself from a “hot and full” Norwegian prince, Fortinbras. But it was Denmark’s own criminal king who brought the country down, leaving bodies strewn across the stage just as the young Fortinbras is about to arrive, survey the damage and take control of the state.