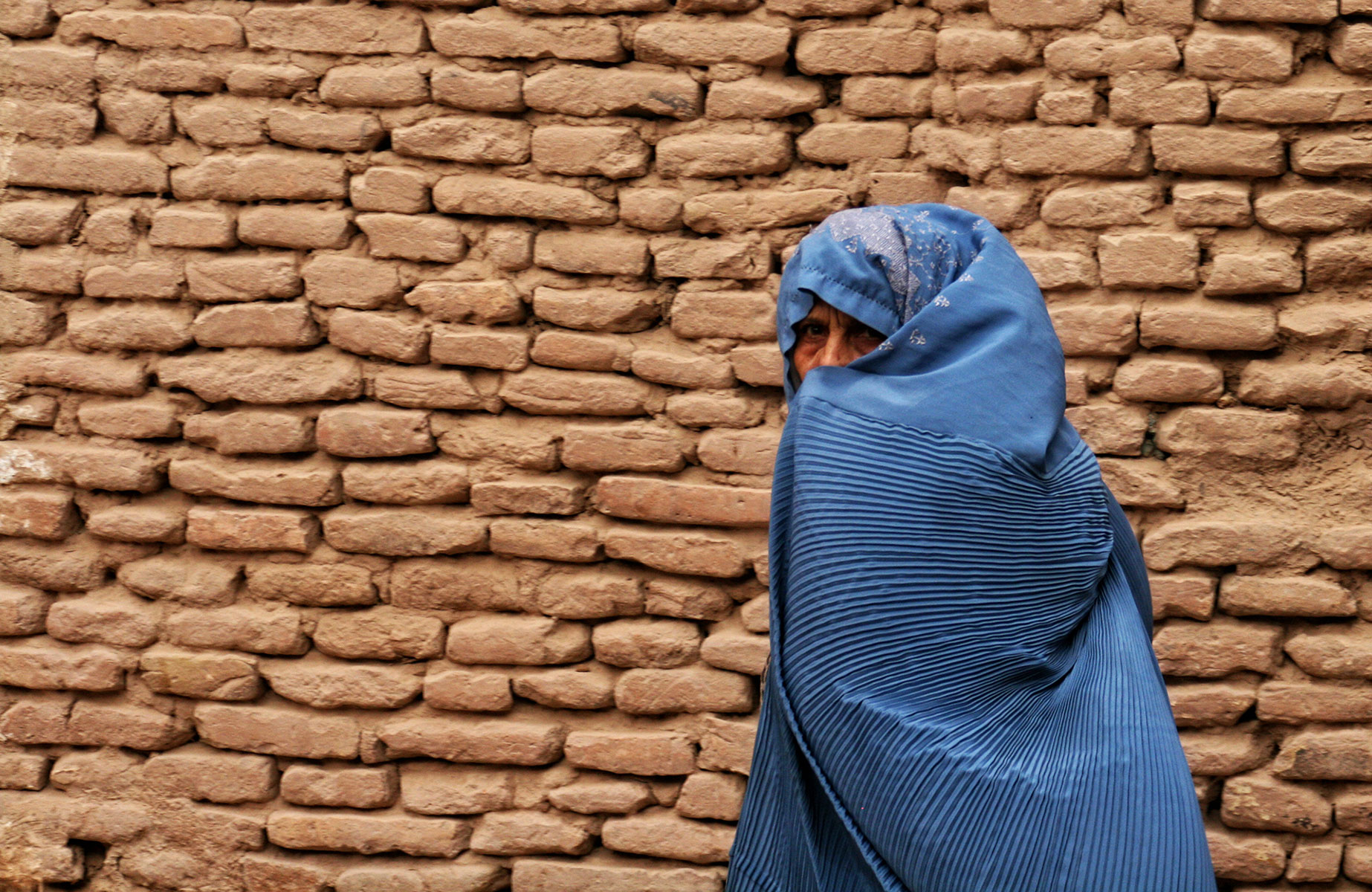 How long will it take to understand what “politics as usual” means in Afghanistan? Following the Taliban’s near-complete takeover of the country, there are no answers, much speculation and more questions emerging every day that goes by. A government has now been officially announced, but what it will actually do is unknown. The Taliban have claimed victory in the battle over the Panjshir Valley, but that may only be the first phase of a prolonged struggle.

It may require more patience than the legacy media is capable of to understand what direction the Taliban’s policies will take. In the meantime, multiple interests, both inside and outside Afghanistan, will be seeking to influence its future orientations. In the short term, the media will continue to speculate on two levels. The first consists of seizing upon specific incidents deemed to demonstrate what the “real” intentions of the government will be. The second is to assume that the Taliban will simply repeat their policies that preceded the US-NATO invasion 20 years ago.

The safest prediction today consists of affirming that there will be a significant period of confusion. At its extreme, it could evolve, as General Milley seems to believe, into civil war. In all cases, the persistence of instability will lead to further uncertainty among the experts themselves about what might finally emerge over the next three to five years.

The easiest solution for the media in the West is to highlight the issue of women’s rights or simply the Taliban’s treatment of women. It has consistently provided the issue at the core in the West’s propaganda campaign in favor of a permanent military campaign against the Taliban. Once US President Joe Biden made the decision to act definitively on putting an end to the US military presence in Afghanistan, it has emerged once again to encourage those who want the US to return to the battlefield.

Some non-mainstream commentators have pointed to the fact that, back in 1979, President Jimmy Carter’s administration initiated the CIA’s campaign to mobilize Muslim fundamentalism in opposition to Afghanistan’s elected socialist government. That government had enshrined women’s rights in its constitution, but due to its socialist leanings, it appeared too dangerously close to Russia’s influence for the comfort of the Beltway’s strategists.

The clandestine operations were designed to destabilize that government. This had the effect of drawing the Soviets in to restabilize it. That prompted the CIA to accelerate its support for a mujahadeen revolt against the regime. This in turn laid the groundwork for the Taliban takeover in 1996. In the meantime, the Soviet Union had collapsed, which meant that the US could stop worrying about both Afghanistan and its women. This allowed the Clinton administration to concentrate instead on reestablishing order in Yugoslavia and keeping Saddam Hussein under control via devastating sanctions.

Amidst the near absolute uncertainty that reigns today in Kabul, a small number of activist women, knowing how responsive Western media is likely to be, have dared to challenge the government. They are certainly right to make their voice heard in an effort to remind the new government of its promise to respect women’s rights. But does it really make sense to present it as a protest movement before there are any practices to protest against? Protesting against policies of the past could backfire on the women in the present. The Taliban may feel that “the lady doth protest too much.” What better way for the Taliban to brand them as hysterical and unworthy of playing a partnership role in governing?

Western media is predictably tuned into this drama and reports every small detail. “Recent weeks have seen the Taliban send mixed signals about the place of women in Afghan society,” writes Al Jazeera’s Ali M. Latifi. After vowing a commitment “to the rights of women within the framework of Sharia [Islamic law],” the tune seemed to change. Later in the same month “the group’s spokesman, Zabihullah Mujahid, said women who work with the government should stay at home until they can ensure their safety on the streets and in offices.”

A synonym for political discourse by every type of political regime

How contradictory are the two positions that appear to be “mixed signals”? To justify the request that women return to their homes, the spokesman explained their concern that “our forces who are new and have not been yet trained very well may mistreat women … We don’t want our forces, God forbid, to harm or harass women.”

Is this hypocrisy or brutal honesty? Until a government is formed and its policies put into practice, no one can tell. On the face of it, it should be taken seriously rather than dismissed as a dodge or a lie. Today, there is no stable authority that can effectively contain the fanatical and vengeful individuals within the Taliban movement, which has existed for the past 20 years as an insurgency thriving on resentment toward the foreign invaders.

In a revealing article with the title, “The Taliban invited The Telegraph to tea,” Jennifer Aldrich quotes a young Taliban fighter who claims that the protesting “women are Westernised and they want a Western government and they are against Islamic law. In Islam there’s great respect for women. I wonder why they are protesting.”

Was Kipling right when he proclaimed that “East is East and West is West and never the twain shall meet”? Afghanistan is the latest illustration of another principle: that when the West actively seeks to meet the East — as it has been doing for centuries — it is generally armed with sophisticated technology and an exasperating lack of empathy or even curiosity about Eastern cultures. This is uniformly followed by a defeat or a humiliating retreat, with little learned along the way.

Why have the themes of Western feminism come to dominate the debate over Afghanistan’s future? Wars in the past were never fought over such narrow cultural goals. In retrospect, the Second World War has been framed around the idea that Western democracies were committed to rescuing the Jews from Hitler’s persecution. In reality, that motive played no significant role in the Allied decision to go to war with Germany.

The case of the Civil War in the US is similar. The abolition of slavery was a consequence of the war. Slavery itself was not directly the issue that sparked the conflict. Had the South not sought to expand a slave-based economy westward, Abraham Lincoln, even though he may have personally disapproved of slavery, would have been happy to continue a peaceful co-existence with the South.

The West is focusing on the plight of Afghan women for two reasons. First, it is a story that plays well in Western media. It sounds moral and virtuous. It flatters Westerners by highlighting the superiority of their civilization. But it also correlates with the need felt in the highest levels of government and business to keep the economy focused on defense and national security. It highlights stark cultural contrasts that can be presented as a threat to “our way of life.” What better justification for excessive military preparedness, including the capacity to conduct preemptive strikes and invade backward nations?

French President Emmanuel Macron has criticized the US withdrawal, committing to “standing with those who fight for freedom and women’s rights.” In one curious twist of logic, the argument has come back to bite him. As Libyan psychiatrist Ahmed Sewehli tweeted, “This place where women are ordered what to wear and if they don’t conform they can’t study or work and can even be arrested…is called France.”

Of course, the last time women had Western-style rights in Afghanistan, written into the 1964 constitution, was under a government that the US worked to overthrow by stoking fundamentalism. British journalist Matt Kennard has published a confidential memo of the UK Embassy in Kabul in 1980 that reveals the true strategy of the Western powers. It encourages clandestine military support for the mujahadeen and even seeks to glamorize them in this observation: “The picture of Islamic freedom fighters is much more acceptable to world public opinion than that of stubborn reactionaries determined to maintain a system of feudal antiquity.”

It has always been about optics, not about rights.