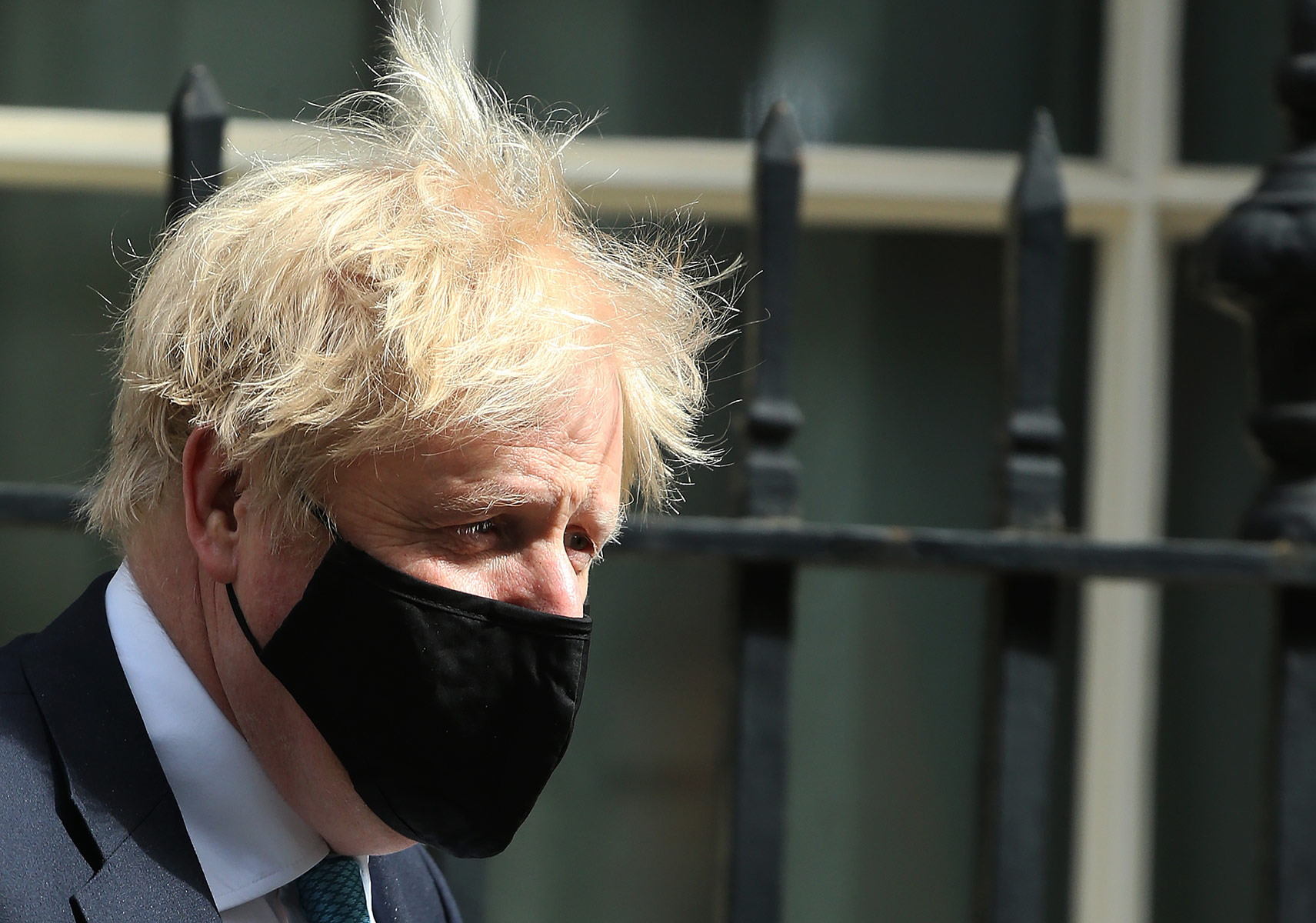 British media revealed this week that Sir Geoffrey Cox, a Conservative Party MP, had been accused of a conflict of interest. The Guardian reports that “he had lobbied against imposing tougher financial regulation on the Cayman Islands just months after he gained more than £40,000 [$53,500] from legal firms based in the tax haven.”

The Uncomfortable Presence of US Politicians at COP26

Cox is not an isolated case. It follows that of MP Owen Paterson, who was forced to resign. Reacting to what The Guardian describes as “revelations about the private earnings of his party colleagues,” UK Prime Minister Boris Johnson expressed his faith in his nation’s integrity. “I genuinely believe,” Johnson insisted, “that the UK is not remotely a corrupt country, nor do I believe that our institutions are corrupt.”

When used affirmatively, as in “I believe,” to accept an idea or proposition as credible and even probable

When used negatively, as in “I don’t believe,” the verb serves to deny what is both credible and probable. This is especially true when preceded by adverbs such as “genuinely,” “sincerely” or “truly.”

The Guardian sums up the nature of the scandal as “a flurry of claims about MPs’ lucrative second jobs and whether they create conflicts of interest.” How on earth, Johnson appears to be wondering, do the self-appointed moralists imagine that earning large sums of money from other sources could possibly influence the integrity of public servants? Don’t they know — as billionaire Donald Trump insisted during his presidential campaign in the US — that good government can only be carried out by people so flush with money that they can think and act with total independence? The reason they seek massive amounts of supplementary income is precisely to ensure that they will not be influenced by the pressures typically felt by people who have no idea where their next meal will come from.

Reaffirming what many Western politicians like to cite as the founding principle of their brand of civilization — the ethics of a “rules-based order” — Johnson affirmed his belief that the solution would be simply to apply the rules. “I think what you’ve got is cases where, sadly, MPs have broken the rules in the past, may be guilty of breaking the rules today,” he said. “The most important thing is, those who break the rules must be investigated and should be punished.” His distinction between “must” (be investigated) and “should” (be punished) would itself be worth investigating.

Pushed further, Johnson insisted that “‘it is crucial that MPs follow the rules’ by devoting themselves primarily to their constituents and avoiding ‘paid advocacy.’” Paid advocacy is a synonym for lobbying. Paterson chose to resign, which could be called one way of respecting the rules. He blatantly lobbied “the government on behalf of two companies paying him more than £100,000 a year.” How indiscreet!

American politicians — for example, Senator Joe Manchin — can only be astonished at Paterson’s amateurism. In a democracy, as opposed to Britain’s monarchy, there is no upper class that supposes traditions will allow it to get away with abusing its privileges. American ingenuity has crafted much more sophisticated ways of doing it. It works through campaign financing and revolving doors, insider trading or, as in Manchin’s own case, having a major stake in companies that may be the object of legislation or getting his daughter appointed CEO of a pharmaceutical company.

Commenting on the scandal of 44 US legislators “who’ve failed to properly report their financial trades as mandated by the Stop Trading on Congressional Knowledge Act of 2012, also known as the STOCK Act,” Business Insider reports that ethics “watchdogs and even some members of Congress have called for stricter penalties or even a ban on federal lawmakers from trading individual stocks, although neither has come to pass.”

Nor are they likely to come to pass. Not because members of Congress are thought of in the same privileged terms as the UK’s upper class, but because in the American value system, speculating on the stock market is considered not just a legitimate activity, but also a healthy sport on a par with baseball. People see investing in the stock as a patriotic act. Taking advantage of the (insider) knowledge that falls into your lap is little more than exercising “good sense” or, at worst, assertiveness. You can never accuse an American of being too patriotic or too assertive, even when the behavior amounts to breaking the rules.

One thing that differentiates British from American political corruption is the traditional British upper-class sense of honor that has been largely adopted by the nouveau-riche upper-middle class. True to the style required of people of his standing, rather than adamantly denying the facts, after being found out, Cox accepts to humbly submit to the judgment of his peers. To maintain his dignity, it suffices that he “not believe” in his culpability, just as Johnson doesn’t believe Britain is corrupt.

“He does not believe,” The Guardian notes of Cox, “that he breached the rules, but will of course accept the judgment of the parliamentary commissioner or of the committee on the matter.” American politicians deny, contest or eventually appeal their way to the Supreme Court. Alternatively, if they fear the inevitable, they can propose to enter rehab. They are not likely to patiently await and respect the judgment of the authorities who accuse them.

As both an outsider and insider of Britain’s upper-class culture, Boris Johnson may not believe that the UK and its institutions are corrupt, but he has had multiple opportunities to see it at work, even in his own career. In 2019, he was the subject of a corruption scandal. It wasn’t on the scale of the millions of pounds Sir Geoffrey Cox and Owen Paterson seem to have earned.

Moreover, Johnson was the giver rather than the receiver of favors. But what most differentiates his public case of corruption is the fact that it was about sexual attraction to a blonde, ambitious American businesswoman who apparently had some sort of “relationship” with Johnson. Jennifer Arcuri, The Guardian reported at the time, “was also given thousands of pounds of sponsorship by the mayor’s promotional agency London & Partners and access to trade trips with Johnson despite failing to meeting the criteria.” In other words, Johnson’s most visible personal experience of corruption can be deemed shockingly minor league.

A scandal that emerged this year proved to be slightly more significant. Johnson’s former protégé, Dominic Cummings, provoked a formal investigation of possible public financing of an expensive plan to renovate the prime minister’s apartment. The investigation conducted by the independent adviser on ministers’ interests, Sir Christopher Geidt, ended by clearing Johnson of the principal charges but found “‘reasonable grounds’ to suspect that multiple offences might have been committed.”

These incidents help to clarify why Johnson doesn’t “believe” specific corrupt acts reflect a general state of corruption. Except in the rarest occasions, a truly corrupt system tends to be skilled at finding ways of dismissing scandals whenever they emerge or forgetting them once the media loses interest. True political corruption is crafted by expert hands so as to remain invisible to all but the truly inquiring.

In 2002, one of those inquirers, The Observer’s chief political commentator, Andrew Rawnsley, accused Tony Blair of systemic corruption. He called Blair, the UK prime minister at the time, “the rentboy of Number 10, cruising Downing Street, available for hire to any kerb-crawling businessman with enough of the folding stuff?”

Rawnsley added that the Conservatives, eager to attack Blair, were “vestigially conscious that they have to tread cautiously on the subject of sleaze,” implying a similar taste for corruption. For the Tories, Blair’s crime was to practice it in an ostentatious, in-your-face way that violated their own carefully cultivated discretion. Blair, in his way, was a precursor of Donald Trump. After abandoning politics, he showed a similar talent for accumulating personal wealth, capitalizing not on a gift from his father, but on his extensive experience of capitalizing on fame and buying and selling political influence.

Johnson insists on respecting “the rules.” Superficially, he is responding to the resoundingly negative reaction to his initial attempt to “protect Paterson by hastily voting to change the rules” of Parliament. At a deeper level, British politicians, financiers and business people have their own set of rules that never need to be changed.