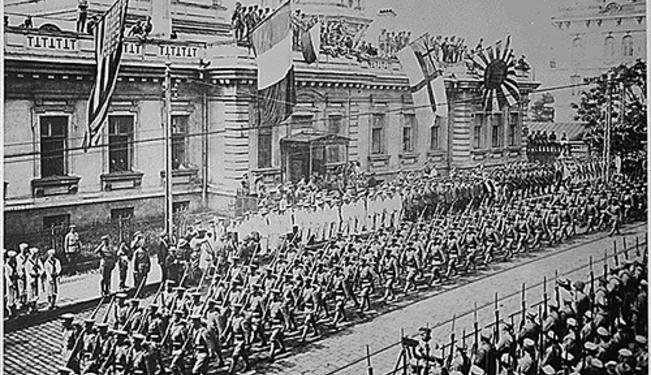 On Russia’s role in a multipolar world.

The Cold War was widely seen as a bipolar world order dominated by that era’s two rival superpowers:  the United States and the Soviet Union.  While the two of them did not (indeed, could not) control the rest of the world, there was a Soviet-American dimension to much of the Cold War era’s international relations—especially where there was conflict.  However, with the collapse of communism as well as of the Soviet Union itself in 1989-91, Moscow was no longer able to play the role of superpower.  Since then, the United States has been seen by many—including many in Russia—as the “sole remaining superpower,” or even a “hyperpower,” attempting to unilaterally impose a unipolar world order.  And this, in turn, was seen by many—especially in Russia—as unfair, undesirable, and to be resisted.

But how?  With Russia no longer in a position to act as a superpower equal (or even nearly equal) to the US, the alternative to the unipolar world order that Russian leaders and commentators have long proposed is a multipolar one.  They describe this multipolar world as being both fairer and more desirable than a unipolar world, and therefore something to be embraced by other countries as well.  Indeed, how could anyone object to this?  And what does this say about their intentions if any people – especially the Americans – do oppose a multipolar world order?

But could this Russian vision of a multipolar world ever be realized?  The bipolar world of the Cold War, it should be recalled, was a highly competitive environment.  The last time there was a truly multipolar world—from approximately 1930 to 1945—was a period of even greater competition and conflict.  In a world in which America is (or is seen as) a diminished power, there is no guarantee that rising powers such as China, India, Brazil, Russia, or whoever else, would either work well with one another, or would be able (with or without the US) to resolve the world’s many other conflicts any more successfully (or more accurately, less unsuccessfully) than at present.  Nor is it at all clear that other rising great powers—most especially China, India, and Brazil—would look to Russia for leadership, or as an equal.

Even if the US is no longer seen as the sole remaining superpower, Russia—with all its many internal problems—is far less able to assert itself as a great power than more populous and economically robust China and India in particular.  With its aging and shrinking population as well as abundant petroleum and mineral resources that others covet, Russia is likely to find a competitive multipolar world order to be a more dangerous and difficult place than the world is now.  Nor is Russia in a strong position to persuade others to accept its vision of a cooperative multipolar world, especially with Russia playing a leading role.

Russian leaders are undoubtedly intelligent enough to realize this.  If so, then the utility to the Kremlin of advocating a multipolar world may simply be as a means of both critiquing American foreign policy measures and rallying the support of others in opposing them.  Doing this, however, only makes sense if the US remains the leading, even if not the predominant, great power.  For in a truly multipolar world in which all the great powers compete with one another, the foreign policies of the United States may become far less a reason for concern in Moscow than those of other actual or aspiring great powers located closer to Russia.