In the years before the civil war broke out in 2011, Syrian families where women were the main income providers and oversaw family affairs remained the exception. At the time, about 15% of women were in the labor force, a large proportion of them in agriculture. Women occupying jobs in technical and administrative sectors as part of the urban elites in cities like Damascus and Aleppo only made up a small proportion of the workforce. Although women became more publicly visible and enjoyed a more independent lifestyle in the cities, the primary task of most Syrian women was and still is to run the household and raise children.

During the war, soon to enter its second decade, women were able to break into male-dominated professions — a development well known from other conflicts. However, this progress did not stem from social emancipation but rather due to the dwindling numbers of working-age men as a result of death, imprisonment, displacement and flight. Women’s new responsibilities came with multiple burdens of unequal pay coupled with housework, parenting and increased domestic violence as some men struggled to come to terms with their wives’ new roles.

A 2017 survey among women living in Syria and abroad identified that 81% thought that the social norms in Syria “truly impede women’s success.” Indeed, many Syrian women living in other countries experience new social conditions that allow them to break free from traditional gender roles.

Since 2014, Syrians have been the largest group of asylum seekers in Germany. As of December 2019, about 790,000 had fled to Germany, starting in 2010, and the proportion of women among Syrians seeking protection has increased over the years. Many refugee women from Muslim-majority countries have little or no work experience. In numerous cases, they take their first steps to pursue a career in the country where they settle, with nearly 80% of female refugees expressing a desire to be gainfully employed.

A similar picture applies to Syrian women in Germany. According to a survey, 60% of them “definitely” want to work, and 25% are tending toward doing so, yet only 40% have any work experience. Most Syrian female refugees in Germany belonged to the upper social classes back home. They are well educated and already harbored values closer to those of their new home country. Hence, many of them are more inclined to embrace new freedoms and opportunities.

While the issues facing Syrian refugees may be underrepresented in German media, some have shared their experiences. Mai Zehna, who fled to Germany at the end of 2012 from Syria, where she already worked as an art teacher, told Deutschlandfunk Kultur: “I grew up in an open family and was raised the same way as my brother. … Where I was born and raised … women look European. Of course, there are women with headscarves, but many are also unveiled.” Yet according to Zehna, women’s rights in Syria were a far cry from what she is now experiencing in Germany: “The laws in Syria don’t support women. There are written laws, but in reality … society looks at men and women differently. There is more support and freedom here than in Syria.”

Ghada, a 44-year-old from Aleppo, lived a very different life. She fled to Germany to escape her strictly religious family and husband, leaving two of her three children behind: “Women’s rights are suppressed in Syria. … I’ve had enough of it. … In Syria, I was forced to wear a headscarf and a long black coat. … Here in Germany, I have more freedom. I am far away from the oppression.”

Unlike Ghada, who deliberately left her husband behind, many Syrian women have chosen to divorce their husbands in Germany, putting an end to their traditionally preordained roles as housewives. In Syria, women are legally allowed to file for divorce, albeit with more restrictions than men. But besides this discriminatory legal setup, they face pressure and intimidation from their families, neighbors and friends. Character assassination, social exclusion and slander are just some of the repercussions for divorced women who are still condemned by most segments of society.

Najat Abokal, a family attorney in Berlin, noticed an above-average proportion of Syrian women coming to her office and filing for divorce within the first year after the peak of refugee arrivals in 2015. As Abokal told the Frankfurter Allgemeine, divorce was the only option for many women to escape domestic violence and begin an independent life. The divorces were often preceded by a period of separation before being reunited with their husbands who had stayed behind in Syria.

During this period, women learned to make decisions that they would have previously left up to their husbands. The unforeseen, long separation has helped many women develop self-confidence and awareness of their new rights. Social psychologist Bita Behravan, from the University of Duisburg-Essen, notes that women’s respective socio-economic backgrounds are secondary in terms of how they take in their new life in Germany. Women who lived in both modern and traditional roles in their countries of origin cannot help but notice their higher status in Germany.

Hence, the process of integration for Syrian women is an entirely different experience to that of men. Women can see the new values and norms as an opportunity. Men, on the other hand, might perceive it as a fall from grace. From the day they are born, they are used to being taken care of by women. Conversely, they traditionally play the role of providers. After arriving in Germany and reuniting with their wives, these men have to cope with the fact that they are not allowed to take up work instantly, that their salaries are not enough to support the family and that their wife’s second income is required to make ends meet.

Besides, they often depend on their wives’ better German skills in daily life. This initial feeling of helplessness and discontent considering the intra-familial role reversal puts an immediate, and sometimes insurmountable, strain on marriages.

Single Syrian women in Germany face similar fears of judgment as those trying to escape their marriages. In Syria, relationships outside of wedlock remain taboo — at least publicly. Underneath the surface of religious rules, premarital sexual relationships certainly exist, particularly in late adolescence and early adulthood. However, they remain an unspoken secret and are hushed up in the family and the public sphere. This spiral of silence does not vanish into thin air as soon as Syrian women cross the border into Germany. Even if they intend to leave behind the dominance of family and religious rules in favor of a liberal approach to love and sexuality, the fear of condemnation from their families or tainting the family honor looms large.

Speaking to Deutsche Welle, 24-year-old Syrian student Hana opened up about the different approach in her new home country: “Here in Germany … people don’t look into your personal life and they don’t require a certificate of marriage for a couple to live together. I feel more freedom and confidence to make my own decisions.” Nonetheless, she decided against telling her family that she now lives with her boyfriend.

In addition to fearing condemnation at home, women who embrace a more Western lifestyle worry about the judgment of men who have sought refuge in Germany but have retained patriarchal social attitudes. “Many immigrants come from patriarchal cultural contexts in which male dominance and female subordination are considered normal,” says Susanne Schröter, director of the Global Islam Research Center in Frankfurt. Young refugee men often lose their former dominant role. Hence, some tend to revert to patriarchal practices of their homelands “to prevent these unruly women and girls from gaining freedom through violence.”

Very few women manage to resist this pressure and the weight of religious traditions and expectations. Yet despite these obstacles, many Syrian women in Germany have caught the independence bug. Through prior experiences, they have learned that winning their freedom and shaping their own lives requires strength and effort. Having endured oppression in Syria and taken on the dangerous journey to their new homes, those remaining risks seem worth taking. 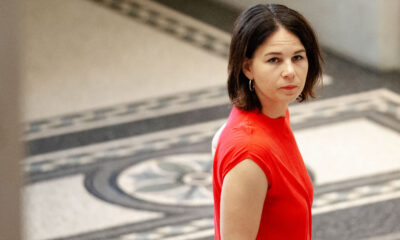 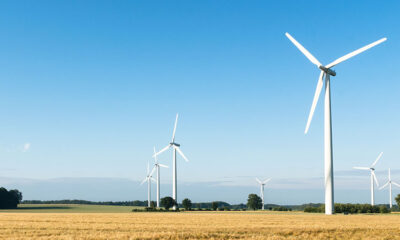