Metapolitics in the discourse of “The Golden One” — or Marcus Follin, online fitness guru, entrepreneur and far-right YouTube personality — is dissimilar to the notion of metapolitics as expressed by Alain de Benoist. De Benoist’s metapolitics was grounded “in an ideological critique of the left and an methodological critique of the right.” It was a way to rethink the ideas and strategies of the true right — the conservative revolutionary right and to bring them into the 20th century.

For Benoist, any “metapolitical action attempts, beyond political divisions and through a new synthesis, to renew a transversal mode of thought and, ultimately, to study all areas of knowledge in order to propose a coherent worldview.” First and foremost, metapolitics was about the production of theory and distancing oneself from violent activist groups. Secondly, it was about normalizing those ideas in order to fuel political change.

The Golden One’s version of metapolitics is not about highbrow intellectual theory or a new theoretical synthesis discussed in books and journals. The Golden One is emblematic of a new type of metapolitics — a metapoltics 2.0 — that is clearly intertwined with the digital infrastructures and digital culture. The Golden One is, in essence, a metapolitical influencer. What is Important to understand is that he does not just reproduce the ideas of others. This would entail that he is a neutral intermediary. By using digital media for metapolitical goals, Follin is producing new ideas, assembling existing concepts and repackaging them while communicating them to a new niche audience.

The key to understanding his impact is analyzing his communication in the tradition of social media influencers. Just like most influencers, The Golden One not only produces a clear-cut persona but also mobilizes strategic authenticity and strategic intimacy to bind his audience. The difference is that his personal life is used in the service of metapolitical goals. After his first video in which he discussed what becoming a father meant to him, a whole series followed that touched on subjects like the war on fatherhood or how to raise daughters. Through those seemingly personal videos, The Golden One is promoting the traditional values and pan-European worldview that can be found in the works of Guillaume Faye, albeit in a different form.

Like all influencers, The Golden One has crafted his own brand. He has created a very specific public persona — a sort of modern-day pastiche of a Nordic Viking-slash-bodybuilder — which he uses for metapolitical and economic goals. He combines fitness, nutrition and training videos with content dedicated to politics, far-right books and activists. He gets paid to give lectures, uses Patreon to get monthly funding (at the moment, he has over 750 patrons who donate each month). Follin also has his own clothing line, Legio Gloria, which he wears in his YouTube videos. He even has his own nutrition line. The Golden One’s success is not only metapolitical — it is also a small business venture.

The Golden One’s brand finances his metapolitics and vice versa. Through his online presence and his influencer technics, he manages to inspire far-right activists and youth around the world. It is in this uptake that we can assess the meaning of his work. One of those viewers and fans is the “Son of Europe.” The Son of Europe is a member of the far-right Flemish identitarian movement Schild & Vrienden. In a YouTube video titled “How I got red pilled” (the Son of Europe published the video in 2018 but has deactivated his account after Schild & Vrienden was exposed in a documentary as an extreme right, racist and anti-Semitic movement), he explained that finding The Golden One was a “pivotal moment” in his red-pilling process. He not only “started watching, binge watching actually, the Golden One’s videos,” but also started to exercise more and “go the gym more,” “doing research and also started reading more.” It is thus through the self-help, fitness and, eventually, the purely political content offered by The Golden One that the Son of Europe crafted his identity, set up an Instagram account and became politically active in the Flemish identitarian movement.

It was through these posts, said the Son of Europe, that a community was born. This community not only created transnational ties among far-right activists. It also functioned as a learning environment. The Sone of Europe claims in his video that it was in this Legio Gloria that he learned everything about “the domination of cultural Marxism” and “the domination of certain groups in the banking world.” He even concludes by saying that this “formed my ideology as it is up to today.” Even more, he took up the role of a “metapolitical warrior” and started posting videos and pictures on Instagram, Facebook and YouTube in the genre of The Golden One.

The Golden One — as an influencer or micro-celebrity within the far-right niche — reentextualizes Faye’s discourse and brings it to a whole new audience. This new type of metapolitics in the digital age is not only about the circulation of ideas; it is also about digital literacy and digital culture. In order to stay integrated in this economy of virality and generate uptake, metapolitical influencers need to be media-literate. They need to develop specific strategies and make full use of the opportunities and algorithms offered by the different media to build an audience or a community. Not only is the knowledge of algorithmic imagination crucial to generating metapolitical impact in this digital ecology, but understanding and adjusting to the culture of the platform is at least as important.

Guillaume Faye, “The Golden One” and the Metapolitical Legion

Metapolitics 2.0 is deeply weaved into the new media system. The impact and influence of The Golden One, and his role in the distribution of far-right ideology, cannot be reduced to his content alone. We have to understand it in relation to his online persona and also to the digital and algorithmic environments in which he uses his voice. Not only is the management of visibility but also avoiding non-visibility, as Taina Bucher stresses, a constant worry for all actors in this media system. Making yourself visible, drawing attention is of crucial importance for all ideological projects.

The Golden One, in his long social media career, has proven a master at this game. On top of that, he was able to stay fully integrated into all major digital platforms — YouTube, Twitter, Instagram and Facebook — for almost a decade. Follin used all that those platforms have to offer and adopted classic influencer techniques to grow an audience, keep that audience hooked and build a community around him.

The key to any contemporary metapolitical project is being and staying integrated with the culture of the platform and, more specifically, adjusting to its community rules. It is their integration in this new media ecology that allows actors to become so influential. Since the end of 2020, The Golden One has evidently struggled to stay integrated. His personal Instagram and Facebook accounts have been deleted. He is now using his existing mainstream accounts to make sure that his audience can move along to new platforms like GAB and Telegram.

In ab attempt to keep himself on YouTube, he has announced to stop posting political videos on the platform. This desperate attempt to reinstate his Instagram and to maintain his YouTube presence shows us just how important mainstream digital media are for this metapolitical project. 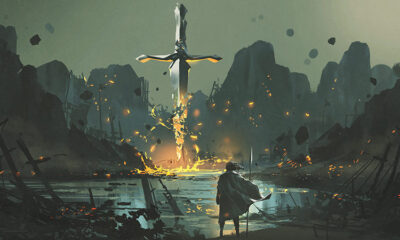 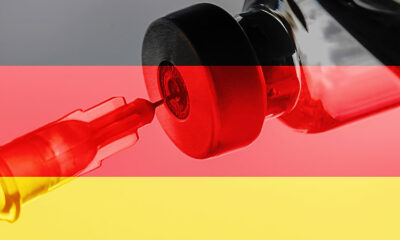 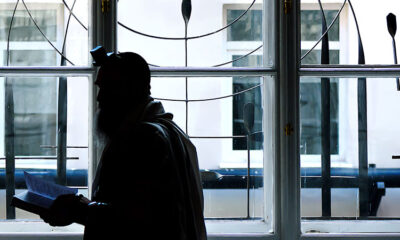