Science fiction has a long history of progressive politics. Probably the best-known example is the Star Trek franchise that started in the 1960s with an Asian helmsman, a navigator from Russia and a black woman as a communications officer and features non-binary and transgender characters in the upcoming third season of “Star Trek: Discovery.” Such politics are not that of the radical right, be they communicated through doctrinaire texts or (science) fiction(s) of a “better world,” the latter being arguably more persuasive due to their emotive nature and a good story’s ability to psychologically transport the reader away from reality and into the world of a hero’s fictive journey.

An occasion where these two modes meet is Guillaume Faye’s “Archeofuturism: European Visions of the Post-Catastrophic Age,” which was originally published in French in 1998. Faye recently featured on these pages, and it is thus sufficient to say that this key thinker of the radical right puts forward a specific argument against egalitarianism and the philosophy of progress.

Did a French Far-Right Thinker Predict 2020?

Following an introduction, “Archeofuturism” starts with an assessment of the Nouvelle Droite (the New Right), including criticism of “ethno-cultural relativism” that prevented the affirmation of “the superiority of our own civilization.” This is followed by a chapter on archeofuturism; an “Ideologically Dissident Statements”; Faye’s discussion of a two-tier world economy; a chapter entitled “The Ethnic Question and the European”; and, finally, a short science fiction story to which I now turn.

Concerning archeofuturism, Faye introduces archaism in terms of the unchangeable “values, which are purely biological and human,” meaning separated gender roles, defending organic communities and “explicit and ideologically legitimated inequality” among social statuses, while futurism is described as “the planning of the future,” a “constant feature of the European mindset” that rejects “what is unchangeable.” Hence, “Archeofuturism” celebrates technological advancements such as genetic engineering from a distinctly radical-right ethos.

Not quite Star Trek’s message, but why bother? Although Faye presents “Archeofuturism” in a classic intellectual style, he also attempts to increase its appeal by fictionalizing his ideas. That is, a story at the end of the book conveys not simply its key points, but an entire, alternative future. This final chapter is not simply dystopian, as is the case with so many radical-right fiction novels, but utopian — not foregrounding decadence and catastrophe, but “the good life” and a happy rebirth of “our folk — whether in Toulouse, Rennes, Milan, Prague, Munich, Antwerp or Moscow.” Thus, the story facilitates emotional identification with a not so distant future, warranting a closer look at this fictionalization of radical-right politics.

The short story is entitled “A Day in the Life of Dimitri Leonidovich Oblomov: A Chronicle of Archeofuturist Times” and introduces the reader to Faye’s future through the eyes of the Plenipotentiary Councillor of the Eurosiberian Federation Dimitri Leonidovich Oblomov on a day in June 2073. It describes what happened following the “Great Catastrophe,” a convergence of catastrophes central to Faye’s theory that allegedly manifests the end of the “fairytale ideology” of egalitarianism and progress underpinning modernity.

According to Faye, this is the convergence of seven main crises: a demographic colonization of Europe; an economic and demographic crisis; the chaos in the South; a global economic crisis; the rise of religious fanaticism, primarily Islam; a North-South confrontation; and environmental pollution, which, interestingly, includes an unambiguous acceptance of anthropogenic climate change. Faye assumed this convergence to take place between 2010 and 2020. The story speaks of 2014-16 and tells the reader that, consequently, 2 billion people had died by 2020.

Readers furthermore learn that following this Great Catastrophe, the Eurosiberian Federation, resulting from the fusion of the European Union and Russia, was founded. Indeed, the idea of a federal Europe is central to Faye’s approach. In contrast to most of his fellow travelers on the radical right, Faye views the contemporary European Union as an insufficient but necessary step toward this federation. Such an imperial block — like India, China, North America, Latin America, the Muslim world, black Africa and peninsular Asia — would be a semi-autarky and an actor on the world stage while simultaneously enabling strengthening of regional identities across the federation.

Another key element of Faye’s theory, its unrestricted celebration of technoscience, is also present throughout the story. For example, Oblomov speaks of a base on Mars and spends most of the story on a “planetary train” from Brest to Komsomolsk, a journey which takes only about three hours.

However, within the federation, only 19% cent of the population participate in the technoscientific economy and way of life which “solve[ed] the problems of pollution and energy waste – the planet could finally breathe again. … Still, it was too late to stop global warming, the greenhouse effect and the rise of sea levels caused by wide-scale toxic emissions in the Twentieth century. Science had made rapid progress, but it only affected a minority of the population; the others had reverted to a Medieval form of economy based on agriculture, craftsmanship and farming.”

Not only is this program manifestly inegalitarian, Faye also simply assumes that the vast majority, in fiction and reality, will enjoy a pre-industrial, neotraditional way of living. Faye’s technoscientific vision includes chimeras and the genetic manipulation of children, the benefits of which will only be available to a minority.

Turning to the representation of women, the story introduces three in particular and not untypical ways: Oblomov’s wife, who looks after the children and who only really enters at the end of the story; a virtual female secretary — not “a fat and repulsive old hag” but one who “had perfect measurements, always appeared in scanty dresses and made suggestive remarks from time to time”; and a “dark-skinned and very beautiful girl.” In fact, it is through the conversation between this Indian girl and Oblomov during the train ride that the reader learns much about Faye’s archeofuturist vision.

Finally, Faye’s vision of the post-catastrophic age includes the cleansing of Europe from its “extra-European” population. In Faye’s writing, Islam is the main enemy and, consequently, the story reports an invasion of Europe by an Islamic army in 2017 that teams up with ‘“ethnic gangs”’ before a Reconquista (with the help of Russia) leads to victory and the deportation of millions of descendants of extra-European immigrants. Unsurprisingly, deportation is driven by archaic criteria as Faye talks about the “right of blood” and the “collective biological unconscious.”

A radical-right publisher in Germany recently released the story as a stand-alone book, and the piece is particularly notable due to its direct transformation of theory into science fiction. Indeed, the story is a prime example of how radical-right fictional accounts “imagine the unimaginable” — the transformation toward what the radical right considers a “better world.” Not only fans of Star Trek should take notice of such worlding as the latter can have real-world consequences. 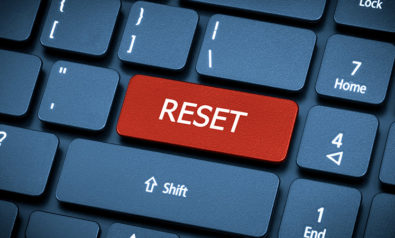 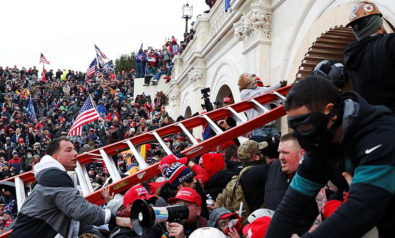 The Storming of the US Capitol Through Identitarian Eyes