Within the global new right, Guillaume Faye is considered a genius and an intellectual prophet. After his death, the former figurehead of la nouvelle droite was praised as a visionary on social media by the former National Front leader Jean-Marie Le Pen; the co-founder of the Pro-Afrikaanse Aksiegroep Dan Roodt; Arktos publisher Daniel Friberg; Counter-Currents publisher Greg Johnson; the editor-in-chief of American Renaissance Jared Taylor; Martin Lichtmesz from Sezession; alt-right star Richard Spencer; the Dutch new-right movement Erkenbrand; several diverse Generation Identity accounts; and the de facto leader of the pan-European identitarian movement, Martin Sellner. They all commemorated his death, hailing him as a key intellectual of the “true right.”

Guillaume Faye, “The Golden One” and the Metapolitical Legion

“The Golden One” was one of those key figures of the new right who had praised Faye. The Golden One, or Marcus Follin, is a bodybuilder, online fitness guru, entrepreneur and a far-right YouTube personality. He started his YouTube channel in 2012 and has now amassed over 110K subscribers and over 12 million views. He has become one of the far-right influencers operating on a global scale. He has been invited to give lectures in the Netherlands for Erkenbrand, for Reconquista in Ukraine, Sweden’s the Scandza Forum, and has given collabs with many key figures and online shows in the far-right alternative influence networks like Millennial Woes or Red Ice TV.

The condolence tweet was not the first time the blond Swedish YouTuber praised Faye. In 2015, Follin made a (now blocked) YouTube video praising Faye’s “Why we fight. Manifesto for a European Renaissance” as “one of the best books I have read.” The Golden One was certainly not the first or the only far-right figure who was inspired by and had praised the work. In 2017, Sellner published five videos on YouTube dedicated to this very book. (All videos were set on private after Sellner’s channel was reinstated after his ban in 2018).

In those videos, he stressed the ideological and metapolitical importance of Faye. Metapolitics, Sellner argued, is a key concept for identitarians as they define themselves as a metapolitical movement. No wonder that Faye’s far-right publishing house Arktos pitches “Why We Fight” as “destined to become the key work for Twenty-first century identitarians.”

The Golden One recommends “Why We Fight” especially if you “are a beginner in the political or philosophical world or need ammunition to fight off or debate the leftists.” Note how he adopts metaphors of war in relation to the idea of political debate or philosophy. That is not a coincidence — “debate,” “philosophy” or “metapolitics” are not only used as synonyms, but his whole message argues that metapolitics is crucial in the fight for the future of Europe and the European people.

These fighting metaphors also reflect the central motif in Faye’s book. Faye starts “Why We Fight” with the idea that “Europe today faces the greatest danger in her history, a danger threatening the very existence of her civilization. For she is at war and doesn’t know it.” Europe, and especially European culture, its people and identity are in danger of becoming extinct. This danger is brought upon us because our elites do not fight for their people and allow us to be colonized by migrants and, in particular, Muslims. The idea of the “great replacement” was already very much present in Faye’s earlier works.

Even more, according to Faye, we should fight “for the cause of our own people’s destiny.” Faye describes the world in Schmittian terms as a struggle between ethnic peoples and civilizations for survival and domination. “The base of everything is biocultural identity and demographic renewal,” says Faye. The Golden One completely agrees: “Culture stems out of blood,” he says in the video.

This fight for the survival of the biocultural identity of Europe or, in less metapolitical discourse, the European race, is, according to Faye, not only metapolitical. It is very much about the will to power, the will to become culturally, morally, economically and politically superior as a people. Faye’s stress on this struggle for dominance and superiority between Europeans and the Islamic colonizers is exactly the message that The Golden One puts forward on his channel. This idea, he says “resonates very well with the kind of aesthetics that I’m trying to portray with this channel, about strength and such virtues.”

Just like Faye, Follin stresses the importance of the warrior virtues and halting what Faye calls “deviralization.” The Golden One sees himself as helping to construct a new legion of metapolitical warriors. In a lecture for the Ukrainian Azov movement and the ND-National Militia, The Golden One stressed the importance of combining real fighting and violence with the philosophical or the metapolitical. In essence, he calls for a fusion of metapolitics and the willingness to use violence in the idea of the “metapolitical soldier” or “metapolitical crusader.” In this lecture, he stressed that soldiers need to have a solid ideological worldview, while activists or politicians also need to be able to physically fight. 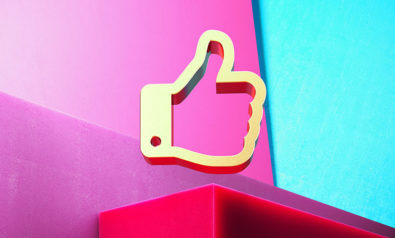 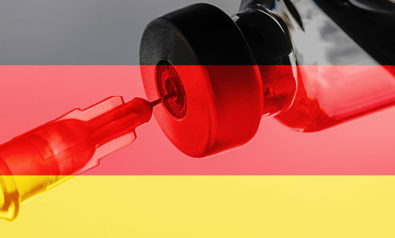 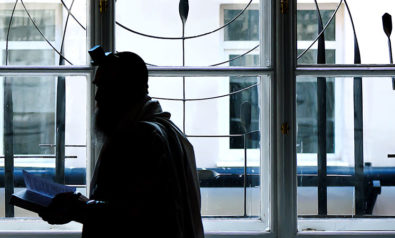