March 7 marked two years since the death of Guillaume Faye, the former number two of the French nouvelle droite (new right). His death wasn’t big news in the media. In academic research, Faye exists mostly in the shadows of the so-called number one of the new right, Alain de Benoist.

This lack of attention to his work contrasts with sharp uptake of his writings in contemporary far-right groups around the world. Faye’s critique of the metapolitics of the nouvelle droite has proved to be very influential.

In the first of a three-part series, I will zoom in on Faye’s conceptualization of metapolitics and the birth of what I call metapolitics 2.0. In the second part, I will show how “The Golden One,” a Swedish bodybuilder, YouTuber and new-right metapolitical influencer, is emblematic of this new metapolitical battle. In the final article, I will further reflect on the role of algorithmic knowledge in contemporary metapolitics.

In his book, “Archeofuturism,” Faye argued that the nouvelle droite “had simply overlooked the fact that the cultural battle [Antonio] Gramsci promoted was associated with the political and economic battle.” Metapolitics, according to Faye in his metapolitical dictionary, is not only about “the social diffusion of ideas and cultural values for the sake of provoking a long-term, political transformation.” Metapolitics, he argued, is an “indispensable complement to every direct form of political action, though in no case can it or should it replace such action.”

Even more, in contemporary societies, Faye stressed, politics is a crucial scene for the metapolitical battle as politicians have privileged access to the media. Faye regretted, for instance, that the nouvelle droite never connected with the far-right National Front from Jean-Marie Le Pen onward. (Note that Faye explicitly stresses the importance of media and media attention in the context of metapolitics.)

Faye’s conception of metapolitics as necessarily connected to politics, activism and media was taken up by many key figures in the contemporary far right. For example, the white nationalist intellectual, publisher and editor-in-chief of Counter-Currents, Greg Johnson, reproduced Faye’s critique extensively in his 2012 reader devoted to the establishment of the “North American New Right,” as well as in his 2013 book, “New Right vs. Old Right” and in several blogs and essays on Counter-Currents.

Johnson reentextualizes Faye’s work in a different, US context addressing American readers and making an abstraction of Faye’s anti-Americanism. He argues that the North American new right should take Faye’s lessons on board. He even made that explicit in his definition of the new right: “The North American New Right is an intellectual movement with a political agenda’ that because of its ‘aims to change the political landscape’ does not ‘enjoy the luxury of ignoring party and electoral politics.” Johnson thus fully subscribes and reproduces Faye’s assessment of the nouvelle droite and sees in it as a foundation to establish a North American new right.

In the American uptake of metapolitics, not only did the goal change (a vitalistic reconstructing of American society), but the conceptualization of metapolitics did too. The “prosumer,” and thus not only the intellectual or politician, became a metapolitical actor. “[O]ne individual on an American college campus who tapes a sign reading ‘It’s OK to be White’ to a lamppost,” says the Arktos editor-in-chief, John Bruce Leonard, acts metapolitically because his action seeks “to shift or shatter” the political conventions. The intellectual, the politician, the activist and the prosumer are now all imagined as part of the new right metapolitical battle, all helping “to prepare the way for the regime which will supplant democracy. The deepest work of the metapolitician of the Right is therefore necessarily anti-democratic: he seeks to produce a society in which metapolitics, save in its conservative aspect.”

Contemporary new right metapolitics is not limited to a purely intellectual strategy. It encompasses every ideological intervention toward the construction of that future reborn society. It is this broad conception of metapolitics as embodied in meme warfare, offline activism, “influencer culture” and politics that is dominant in the alt-right and the global new right.

Even more, just because the new right denounces parliamentary democracy, politicians are only understood within the logic of metapolitics. “Parliamentary efforts,” says Friberg, “can never be more than complements to broader cultural and political work. The results of elections are but products of how public opinion has been formed and how, what and in what manner information has been spread between these elections.”

In the 21st century, it is Guillaume Faye’s broad conceptualization of metapolitics that was taken up and stretched to include digital activism. 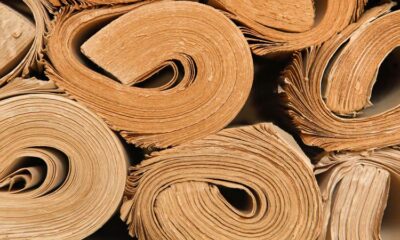 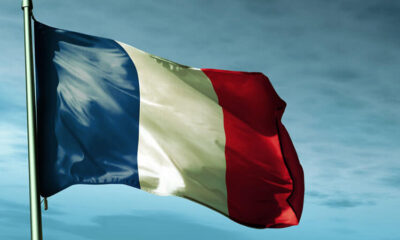