The Russian government has said it will not investigate the poisoning of the opposition politician and anti-corruption investigator Alexei Navalny until there is evidence of a crime. Navalny, who is 44, collapsed during a flight to Moscow after drinking a cup of tea at Tomsk airport on August 20. After much wrangling with the Russian authorities, he was flown to Germany on August 22 and remains in a medically-induced coma at Berlin’s Charité hospital.

Depressingly, yet another poisoning of an enemy of Vladimir Putin is no surprise. Navalny has been a vigorous anti-corruption campaigner and prominent critic of the Russian president and his circle, for the last decade. In return, Putin’s security services have harassed, arrested, prosecuted, imprisoned, threatened and now poisoned Navalny —apparently a second time. He joins a list of dozens of opposition politicians, investigative journalists and critics of Putin’s regime who have been forcefully silenced.

These include Boris Nemtsov, a political high flyer who turned against Putin, assassinated in 2015 right outside the Kremlin. Boris Berezovsky, a billionaire former ally of Putin’s, was found dead in his home in the UK in 2013. Sergei Magnitsky, a tax-law investigator who exposed widespread government fraud spanning some 23 companies and $230 million, who died in police custody in 2009 after being brutally beaten and denied medical treatment. Vladimir Kara-Murza, a journalist and politician who played an instrumental role in the passing of the Magnitsky Act by US Congress, was poisoned twice, in 2015 and 2017.

Anna Politkovskaya, a renowned investigative journalist, was shot to death in the elevator of her Moscow apartment block in 2006 following a failed poisoning attempt two years earlier — also involving a cup of tea on a flight. Alexander Litvinenko, an FSB defector, was poisoned with polonium 210-laced tea in London in 2006. Sergei Skripal, a former military intelligence officer and double agent, was poisoned alongside his daughter with the Novichok nerve agent in Salisbury in 2018. The list goes on and on. Russia has denied any involvement in any of these cases, despite mountains of forensic, surveillance and other evidence to the contrary.

Of course, no rational person believes the Russian denials, although the followers of the Putin cult seem willing to swallow it. But Vladimir Putin clearly does not care whether he is believed or not. The purpose of these assassinations or poisonings is to cow the opposition, bludgeon it into silence, to prevent the investigation of the government’s crimes and to establish Putin as the autocrat, accountable to nobody. Vladimir Putin wants to ensure that no one in Russia dares to oppose him.

The West is in disarray about how to respond to Navalny’s poisoning and particularly desperately misses the leadership of the United States. President Donald Trump has yet to comment on the Navalny case. But Trump, the Russian president’s self-proclaimed “fan,” generally refuses to criticize Putin, so we should fully expect him either to say the Navalny case “never reached his desk” or that he was prepared to believe Putin’s sincere denials, as he did over the conclusions that Russia interfered in the 2016 US election. Russia is once again heavily engaged in the campaign to reelect Trump, so we should not expect him to take effective action. Putin thrives on Trump’s weakness.

President Putin is not as secure as he would like to believe. The economy is doing badly, oil prices are down, the number of COVID-19 infections is the fourth-highest in the world, and in Khabarovsk, in Russia’s far east, tens of thousands of demonstrators have been taking to the streets since July, protesting the arrest of the popular governor on Moscow’s orders. In neighboring Belarus, where the dictator Alexander Lukashenko is fighting to hold on to power, the popular uprising against the rigged election may foreshadow Russia’s future.

Putin has regional elections of his own to rig in September, and a national election next year. Alexei Navalny, with his well-organized political movement, is the most prominent, effective and popular figure opposing Putin. Rather than take any chances of the Belarusian uprising being contagious, Putin may well have thought this would be a good moment to eliminate his chief opponent and to terrorize Navalny’s supporters. Now would also be a good time for the West to show some spine and oppose Putin’s murderous dictatorship. 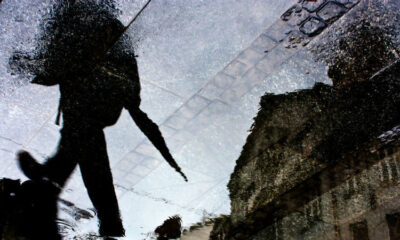 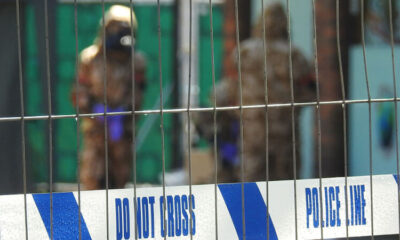 The Curious Case of Sergei Skripal 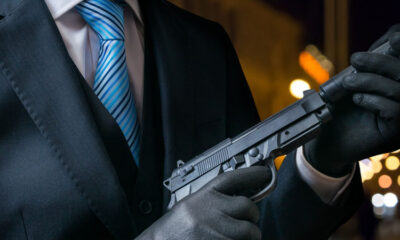