At Davos, billionaire hedge fund manager and market manipulator George Soros is emerging as the Che Guevara of the digital era, the scourge of the new tyrants at the head of the postmodern capitalist order.

Soros has opened fire by calling out the two companies that dominate the digital media landscape: Facebook and Google. He accuses them of the traditional crime of monopoly, or the exclusive control of markets. As the self-appointed philosopher of a reformed late-capitalist economy, he goes further and identifies their true and truly egregious crime: capturing and owning people’s attention.

Here’s how he tells it: “The power to shape people’s attention is increasingly concentrated in the hands of a few companies … Social-media companies deceive their users by manipulating their attention and directing it towards their own commercial purposes.” So, what is this commodity called attention?

In the evolved digital consumer economy, the principal asset of ordinary human beings. Attention is gradually replacing money as a source of value and means of payment. The opposite of intention, an asset possessed only by those who control the media designed to capture ordinary people’s attention.

Soros is not the first to highlight the emergence of the attention economy, whose underpinnings were first identified as long ago as 1971. But he is the first to declare war on its leaders. We have already seen a few articulate defectors, including Facebook’s first president, Sean Parker; the man who invented the “like” button, Justin Rosenstein; and Google’s former design ethicist, Tristan Harris. They have shown themselves ready to denounce the evils of the institutions they helped create and design. They provided the theme.

Soros has transformed into what sounds like the preamble of a manifesto: “Something very harmful and maybe irreversible is happening to human attention.” Could this be a distant, possibly unconscious echo of Karl Marx’s famous opening, “A spectre is haunting Europe — the spectre of communism. All the powers of old Europe have entered into a holy alliance to exorcise this spectre”?

Soros was the first person to earn a billion dollars in one day by paying more “attention” than others to what was happening in currency markets in 1992. He is known as the man who broke the Bank of England. When he philosophizes we would be justified in expecting something similar to “the wisdom of Warren Buffett,” which appears to be a booming industry if we can judge by the ads that appear regularly in the media. Buffett focuses on one thing: maximizing tangible profits. Instead, Soros tackles some serious cultural and political issues and cites an actual philosopher along the way. It’s all about the intangible resource called attention. “Something very harmful and maybe irreversible is happening to human attention in our digital age,” he says. “Not just distraction or addiction — social-media companies are inducing people to give up their autonomy. It takes a real effort to assert and defend what John Stuart Mill called ‘the freedom of mind.’ There is a possibility that once lost, people who grow up in the digital age will have difficulty in regaining it. This may have far-reaching political consequences.”

As a major contributor to the Democratic Party, this allows him to segue into the standard Democratic theme of Russia and the 2016 election. But after accusing Russia and China of playing at undermining democracy, he homes in on the real culprits: “US-based IT monopolies.” He sees a key role for the European Union who will be “their nemesis” through “regulation and taxation.” He adds: “The European Union and particularly the Nordic countries are much more farsighted in their social policies than the United States.”

Then he takes his analysis one step deeper, into the heart of politics. “In the US, the regulators are not strong enough to stand up against their political influence. The European Union is better situated because it doesn’t have any platform giants of its own.” He suggests that lobbying by corporate giants has undermined both the theoretical level economic playing field in the US and democracy itself. Salvation must come from Europe.

Will he convince Europeans to push even harder? Will Donald Trump’s America, or the America that is challenging Trump, listen and act? In other words, will he get their attention? 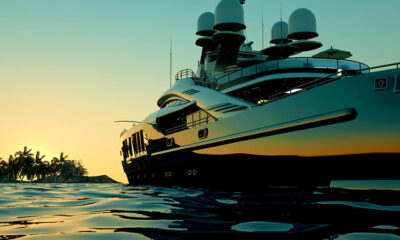 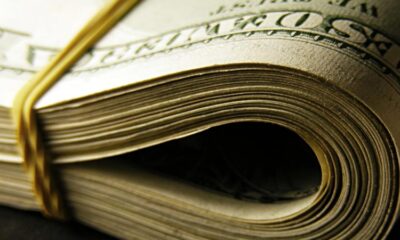