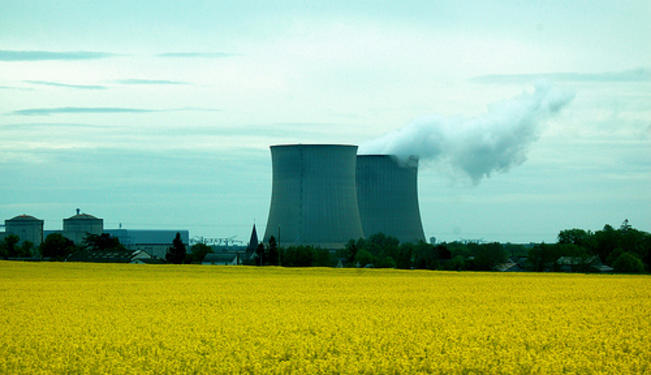 Nuclear energy has its pitfalls but cannot be abandoned altogether.

On March 11th 2011, a magnitude 9.0 earthquake occurred off the north east coast of Japan causing enormous structural damage to prefectures and triggering one of the largest tsunamis ever recorded. The combination of these two natural disasters will have a lasting impact on the local environment for many years to come. Due to the damage suffered to the reactors at the Fukushima Daiichi nuclear power plant, there has also been a huge impact on the global nuclear energy industry. As a direct consequence, Germany has announced its intention to phase out all nuclear power by 2022. Nuclear power contributes about one quarter of Germany’s electricity supply, which means that over 20GW of low carbon baseload electricity will need to be built and operational by 2022. Is this the correct response to the situation in Fukushima or can a more detailed analysis lead to a different conclusion?

To use the UK as an example, current electricity generation capacity is approximately 80GW, of which the biggest contributors are gas (37%), coal (34%) and nuclear power (13%). The UK has an aging fleet of all types of baseload electricity generation, so much of it will need to be replaced over the next 40 years. Over the same period, the UK is committed to reducing its carbon footprint by 80%. Electricity generation currently produces about 25% of the UK’s total carbon emissions with the other major contributors being domestic and industrial combustion and public transport. Therefore the way to reduce the UK’s carbon footprint is to stop burning fossil fuels for domestic heating and cooking and all industrial processes, and to convert the transportation system to electric-powered vehicles. Society needs to move towards greater electrification.

Burning coal produces around 800gCO2/kwh and burning gas produces around 400gCO2/kwh. Given the high volume of carbon these fuels release, it will only be possible to use them to produce electricity, and simultaneously meet the carbon reduction targets, if carbon sequestration is implemented. All other fuels produce less than 80gCO2/kwh and hydro, wind and nuclear all produce below 10gCO2/kwh. So these three fuels appear to be the way forward if carbon sequestration cannot be implemented on a very large scale. Some countries such as Norway are very dependent on hydro as a source of electricity, but the UK is not conducive to large scale hydro projects, which narrows the field of possibilities down to nuclear and wind. Instead of one technology being chosen, an energy mix is the most desirable choice due to considerations such as balancing the supply on the grid and security of supply. The main difference between nuclear and wind generated electricity is the intermittency of wind, and that is why nuclear energy as a low carbon baseload will still be the choice for many countries.

The three major challenges put forward in opposition to nuclear energy are cost, safety, and the resulting radioactive waste. The nuclear reactors of today have evolved over many years of experience to be much more predictable in their cost and time of construction and operation. They are also designed to operate for far longer than previous designs. These factors allow private companies to order nuclear reactors and to operate them at a profit in a competitive electricity market. The mandatory introduction of carbon sequestration will increase the cost of coal and gas electricity so that nuclear becomes even more attractive to the private investor.

The Tohoku earthquake showed the whole world the enormous destructive power of earthquakes and tsunamis but it is worth noting that only one reactor site, the one at Fukushima Daiichi, suffered damage that led to a release of radiation. It is also important to note that all four of the reactors that were damaged were put into operation before the Three Mile Island accident of 1979. After this accident, there was a comprehensive overhaul of reactor design which is evidenced in the current reactors that are being built around the world. The current nuclear reactors compare extremely well to all other sources of electricity generation in terms of safety and the new reactors are even safer due to the introduction of enhanced and passive safety systems.

Nuclear electricity does produce waste that is radioactive but the volumes are very small. The majority of industrial processes produce waste, some that will be toxic forever, but the nuclear industry has developed technological solutions to manage the radioactive waste over the long timescales required. Many countries are also developing deep disposal sites where the waste will be completely isolated from the earth’s surface and atmosphere. Uranium deposits are located at similar depths to those proposed and leave no radiological trace at the surface.

So in 2012, with increasing oil and gas prices, the added cost of carbon sequestration , and the need to cut carbon emissions drastically, can we afford to label nuclear energy as a technology of the past?