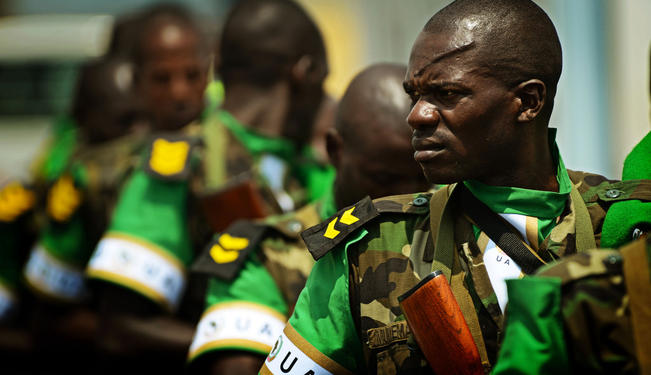 French intervention in the Central African Republic has turned out to be a bigger challenge than initially expected.

Under the pretext of sparing the world another genocide, France deployed 1,600 troops to the Central African Republic (CAR) late last year. Since Operation Sangaris was launched, however, the French military has proven powerless to stop the sectarian violence, which took more than a thousand lives in Bangui last month.

Since it has become clear that the humanitarian crisis is beyond French control, President Francois Hollande faces the question of whether Paris should have intervened in the CAR, where a significant percentage of the country’s citizens view France’s intervention as a form of 21st century neo-colonialism. France was clearly naïve to believe that deploying fewer than 2,000 troops to a destabilized nation bordering on anarchy and awash with arms would restore stability.

While the first French brigades to enter the CAR last month were greeted as liberators, not all of its citizens welcomed the former colonial ruler’s military presence — thousands of Séléka supporters protested the intervention. Surely French military commanders did not imagine that they would simply waltz in and be greeted with a shower of rose petals. But by the same token, it seems clear that the French failed to anticipate such vigorous opposition and were unprepared for what awaited them.

French military spokesman Colonel Gilles Jaron stated that France was acting with total “impartiality” in the CAR, yet this perception was not shared by the Muslim-dominated former rebel coalition — Séléka — which overthrew the Bozizé government last year. Given France’s identity and historical role in the region, many within the CAR’s Muslim community view France as an ally of the country’s Christian militias, rather than a neutral arbiter. The resulting tension has been underscored by Séléka-waged attacks against French troops over the past two months. In turn, certain Christian militias have targeted African Union troops (mainly from Chad), viewing these forces as defenders of the CAR’s Muslim militants.

Throughout 2014, France will have difficult decisions to make regarding its military campaign. There is no indication that sectarian violence in the CAR is decreasing, despite hopes that the transitional parliament’s election of Catherine Samba-Panza as interim-president will stem the carnage. In fact, daily acts of revenge killings that involve lynch mobs have become the new normal. Samba-Panza has a nearly impossible task on her hands.

The severity of the violence, including the beheading of children, is troubling. Experts warn, and last month we addressed, what may become genocide in the CAR. John Ging, director of operations for the UN Office for Coordination of Humanitarian Affairs (OCHA), stated that CAR “has all the elements that we have seen elsewhere, in places like Rwanda and Bosnia” and “the elements are there, the seeds are there, for a genocide.”

In addition to the CAR, France’s recent military involvement in other African states (including Chad, Cote d’Ivoire, Gabon, Mali and Niger) highlights Paris’ more assertive and activist role in some of its former African colonies. As Europe has many interests in Africa, France’s African foreign policy underscores how it remains the leading EU power on the continent. Given French demand for African oil and minerals, the presence of hundreds of thousands of French nationals across the continent, and entrenched French business interests throughout these countries, the stakes are indeed high for France in Africa.

However, the extent to which France will sacrifice its own blood in the CAR to defend such interests remains to be seen. It would not be hard to imagine President Hollande declaring victory and withdrawing French troops if the situation deteriorates much more. The French government’s admission that Paris “underestimated” the level of hatred between the CAR’s Christians and Muslims, and its assessment of the crisis as “nearly impossible” to handle, indicate that Hollande may not have fully contemplated his government’s options.

The CAR crisis poses a major challenge for the Hollande administration. If more French troops die in what appears to be a looming genocide, and the French military remains powerless to stem the growing violence, it would certainly be a major blow to the French government. It does not appear that under such circumstances the French government will have any good options on the table.

After deploying troops to the CAR for the stated purpose of sparing Africa from genocide, Paris will look weak on the international stage for failing to meet its objective. If so, it will not have been the first country to have experienced such an outcome. Neither Africa, nor the West, wants another Rwanda. Ultimately, the CAR crisis and Operation Sangaris’ failure may compel the French to pursue more realistic aims in Africa and abandon romantic dreams of exporting civility to Africa at the barrel of a gun.

Crisis in the Central African Republic

Implications of Political Change in the Central African Republic