The 2008 economic crisis hit a number of European Union countries like a storm, with widespread patterns of electoral volatility and bad news for governing parties on both the left and right of the political spectrum. A central dimension of political competition in a number of EU countries was centered around the immigration issue. In certain countries, specific types of center-right parties were able to outperform the radical right electorally on the immigration issue in national parliamentary elections.

Recent times have seen the contemporary far right growing in popularity across Europe. The narrative of the international media has often focused on the political earthquake that these far- right parties have caused in Europe by shaking up the mainstream political establishment. A number of European countries have seen a general rise in electoral support for-far right parties in national parliamentary elections recently, most notably in countries such as Germany, Austria, France and, to a lesser extent, the Netherlands. Three key issues — immigration concerns, dissatisfaction with the EU project and a lack of trust in mainstream parties and politicians — are often said to have caused this increase in support.

At the same time, it is often assumed that the far right has monopolized and laid claim to “owning” the immigration issue from mainstream parties on both the left and right. Recent research by Pardos-Prado has demonstrated that the far right’s ownership of the immigration issue is not uniform or as clear cut as the international media often portrays it to be. In some cases, center-right parties may shift their stances on immigration, adopting more anti-immigrant stances that may serve as a strategy to counteract the electoral threat that insurgent far-right parties offer on this issue.

Secondly, immigration is centrally linked to the core ideology of the right and to key center-right issues such as keeping taxation low, maintaining law and order, alongside national security, which are likely to appeal to a core base of the center-right electorate. Recent research has demonstrated that center-right parties such as the People’s Party for Freedom and Democracy in the Netherlands (VVD) has historical precedence on the immigration issue, having adopted a cooptation strategy on immigration in reaction to the far-right List Pim Fortuyn’s electoral success in the early 2000s.

Center-right parties recognized the 2008 economic crisis as a time of greater voter volatility during which the populist radical right seeks to secure more support through appeals over immigration. Examining parties’ electoral performances (the percentage change in vote share from the last two national parliamentary elections) during the economic crisis in 24 European Union countries, we find that specific center-right parties sought to respond with a “strategic emphasis” on the immigration issue to increase their electoral performance.

Whilst this effect is statistically significant, a closer inspection of the dataset showed that a specific type of center-right party performed electorally better, namely non-incumbent/challenger parties that were not in government at the time of the economic crisis. These results are also surprising as they depart from recent studies that demonstrate the importance of issue positions such as adopting tougher stances on immigration. Instead, these findings correspond to the issue salience model of voting and the importance of center-right parties making the immigration issue a salient one in their party strategies as opposed to adopting anti-immigrant stances. Thus, challenger center-right parties emphasized the immigration issue and performed electorally better or matched the electoral success of the respective far-right party. Examples include center-right parties such as the New Flemish Alliance Party (N-VA) in Belgium, alongside the Dutch VVD.

There are also center-right parties that did not perform electorally better during the economic crisis period, particularly when they are incumbents and are punished in line with theories of economic voting, like the Union for a Popular Movement in France, or when they do not emphasize the immigration issue, like the National Coalition Party and the Finnish Center Party in Finland. Thus, these cases show that there are electoral restrictions to emphasizing immigration in bad economic times, with potential electoral gains for populist radical-right parties.

The political scientist Herbert Kitschelt coined the phrase “electoral winning formula” to describe the dominance that specific radical right achieved in the 1990s by adopting neo-liberal economic positions alongside hardline positions on issues such as crime, law and order, and immigration. Since Kitschelt’s study, a number of scholars have shown how the immigration issue has come to dominate the ideology of the populist radical right and the attitudes of the voters that this party family attracts.

There is preliminary evidence for a new electoral winning formula in this economic context, whereby center-right parties, particularly challenger parties, can profit electorally from this issue when they emphasized the immigration issue in times of economic crisis. In certain cases, the center right can even perform better electorally than the populist radical right on this issue. Center-right parties that were in opposition, like the N-VA in Belgium and VVD in the Netherlands, during economic downturns were not tainted by anti-incumbency effects and therefore had more freedom to compete on the immigration issue with populist radical-right parties.

The data here has implications for the contemporary party competition literature in suggesting that specific types of center-right parties have the potential to benefit electorally from emphasizing the immigration issue in times of economic crisis. Whilst these findings do point to the electoral success of certain center-right parties in being able to challenge — and in some cases outperform — the populist radical right on its core issue of immigration during periods of economic crisis, there are a number of situations where the center right perform electorally worse. This is particularly true when they are incumbents, or when they do not emphasize the immigration issue.

Thus, these cases show that there are electoral restrictions to emphasizing immigration in economic bad times, with potential electoral gains for populist radical-right parties. Future research should seek to understand further the electoral success of the center right across Europe in different economic contexts through investigating how center-right and radical-right parties emphasized the issue of immigration outside periods of economic crisis, specifically in the context of the ongoing refugee crisis.

*[The Centre for Analysis of the Radical Right is a partner institution of Fair Observer. This piece is based on a paper recently published in Electoral Studies by the authors.] 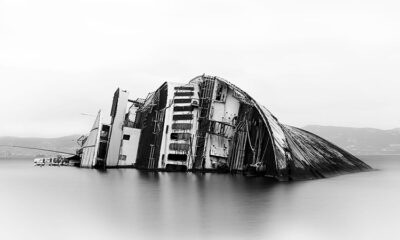 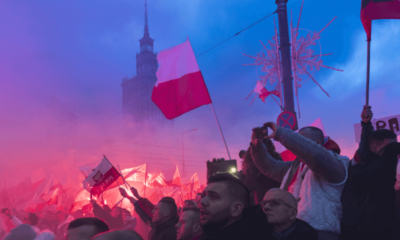 Is Poland the New Hub for the Radical Right? 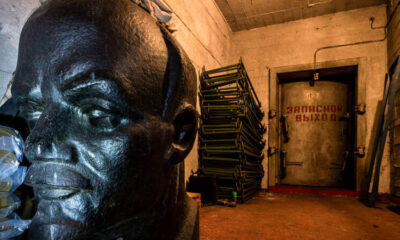 Right-Wing Radicalism in the Post-Soviet Space