On the night of September 27-28, 1994, the ferry MS Estonia, carrying 989 passengers between Tallinn and Stockholm, sank in the Baltic Sea, hit by hard weather and winds measuring 9 on the Beaufort scale, which caused enormous waves. A mayday call was released shortly after midnight, but when the rescue mission commenced, it was only possible to save 137 lives.

In a period of political transition in Sweden, both the outgoing and the incoming prime ministers decided in December 1994 not to recover the MS Estonia or the bodies of the victims. Instead, they declared the area in the Baltic Sea to be a sanctuary — a maritime cemetery.

Survivors and relatives of the deceased alike protested against the decision. And when the report of the Finnish-Estonian-Swedish Joint Accident Investigation Committee was finally released in 1997, blame was placed on the German dockyard, Meyer Werft. It was accused of having constructed a ferry unsuitable for the harsh weather conditions of the Baltic Sea.

Moreover, it was claimed that the MS Estonia had been loaded with a wrong balance point in the port of Tallinn, causing the ferry to clash with high waves from the wrong angle. The weakest point in the construction of the hull was deemed to be the bow visor, damaged by the storm. It turned into an important element of subsequent claims of conspiracy, since some of the theories asserted it had been ripped from the hull by an explosion.

After the disaster, a string of reports were released that more or less all diverge from the official joint commission. These have been gathered on the Swedish portal Estoniasamlingen 2019, which also lists publications in English.

More than 25 years have passed since the tragedy, yet a web of conspiracy theories that has been spun around the disaster has fueled the Swedish radical right’s imagination and propaganda against a supposedly corrupt government engaged in sinister plots against its own population. The episode is a case in point of how conspiracy theories increasingly turn into meaning-making narratives in the international system. Some of these accounts are clearly conspiratorial in nature, ranging from plausible to entirely wild claims.

The most prominent alternative theory is that MS Estonia was sabotaged. In 2001, journalist and writer Knut Carlqvist advanced the explanation that the ferry was exposed to a bomb attack or hit by an explosive device. He claimed that vehicles loaded with military equipment were on board, leading him to assume that secret Russian weaponry was covertly smuggled via Estonia to Sweden and beyond.

In his 2006 book on conspiracy theories surrounding the assassination of US President John F. Kennedy and Swedish Prime Minister Olof Palme, political scientist Erik Asard also addressed the arguments advanced in the case of MS Estonia since they have several structural similarities. Asard identified serious flaws in Carlqvist’s establishing of stringent causal connections to explain that an explosion did indeed occur. Carlqvist never elaborated on his own evidence, suggesting that being unable to access hard evidence was itself a proof of a malignant cover-up. Moreover, he assembled only those statements of survivors that supported his theories.

In 1998 another explanation was put forward by shipbuilding engineer Anders Bjorkman, who claimed that the bow visor was removed deliberately after the disaster in order to conceal evidence. He argued that the ferry was hit by something under the waterline, convinced that the disaster was a political conspiracy, suggesting that the public has been lied to, disinformed and manipulated deliberately by the Swedish Civil Contingency Agency in collusion with civil and military secret services.

One of Bjorkman’s comrades in arms is the Swedish-German author and lawyer Henning Witte who, in 1999, released a book titled “MS Estonia Was Sunk: New Facts and Theories on Estoniagate.” Witte repeated Bjorkman’s argument and asserted that the ferry might have been hit by a Russian torpedo fired from a submarine in order to thwart the export of sensitive military technology. Today, Witte runs White TV, one of the most prolific channels for the dissemination of conspiracy theories in Sweden, ranging from 9/11 to 5G and the Israeli intelligence agency, Mossad, mind control of Swedish politics.

In his analysis of the MS Estonia conspiracy narrative, in 2006 Asard identified four recurring traits: a suspicious hesitancy from the side of government officials to document the damage of the wreck and to recover its load; a preoccupation with technical details or a “mania for detail” typical for the conspiracist mindset; the description of an undefined “other” — government, state actors, unspecified supreme “interests” or even named individuals — as dangerous and almost omnipotent and diabolic enemies; and, finally, a massive plot between political stakeholders and the media to cover-up their evil actions and ultimately “the truth” directed against the Swedish people.

Despite the fact that MS Estonia was discussed publicly and openly in Swedish and international media ever since — and abundant materials on this are publicly accessible — another trait of the conspiracy narrative is the purported concealment and marginalization of “alternative explanations.”

The episode concerning MS Estonia could have remained restricted to a rather limited circle of devoted truth-seekers, were it not politicized heavily by the Swedish radical right. This occurred in 2016 when yet another book, “MS Estonia: The Disaster of the Swedish State,” written by sea captain and nationalist politician Stefan Torssell and published by the right-wing publishing house AlternaMedia.

AlternaMedia publishes, among other outlets, one of the major Swedish alt-right papers, Nya Tider — New Times. The main editor is Vavra Suk, of Czech origin, who since the late 1990s has been actively involved in the political organization of the Swedish radical right. AlternaMedia distributes titles denying climate change, decrying political correctness, promoting conspiracy theories of collapse, the identitarian movement and “post-democracy.”

In 2016, AlternaMedia was first admitted, then excluded and again readmitted, as an exhibitor at the Gothenburg Book Fair, Sweden’s main event in the sector. The episode sparked enormous tensions around the issues of freedom of expression and the normalization of right-wing positions in the societal discourse, and the book fair has since been the focus point of conflict. In 2017, a demonstration by the neo-Nazi terrorist group the Nordic Resistance Movement (NMR) outside the fair was confronted by tens of thousands of ordinary citizens and finally violently dissolved by police.

Among the AlternaMedia authors we find Swedish conspiracy theorists and right-wing activists such as Katarina Janouch, “Julia Caesar” — a former journalist writing under a pseudonym — and ethnologist-turned-racist Karl-Olov Arnstberg. Other writers are the Russian right-wing intellectual Alexandr Dugin, the Danish initiator of the so-called Freedom of the Press movement Lars Hedegaard, and the prominent Swedish-Estonian anti-mason Jüri Liina. A number of titles also deal with Swedish history, mythical and real, the magic of runes and the “mytho-poetics” of the Goths. AlternaMedia also sells its own self-defense spray.

Torsell’s book on MS Estonia was heavily endorsed by AlternaMedia, most likely because it captured a widespread conspiracy narrative of a corrupt Swedish government plotting against its own population. This idea increasingly gained traction in the aftermath of the 2015 refugee crisis that unfolded across Europe. Beyond the more fanciful titles released by the publishing house, the recycling of already established conspiracy theories related to MS Estonia promised to appeal to a more technically inclined (mostly male) audience.

This audience identified the 1994 disaster as a cover-up that could be evidenced by “hard facts” and belonged more to the technocratic than ideologically motivated faction of the Swedish radical right. “Technocratic populism” has emerged as a term to explain the rise of right-wing populist politics in stable democracies. It “uses the charm of technical expertise to connect directly with the people” in a presumably value-neutral sphere beyond political ideologies. The general or public interest is equated with technological expertise and “evidence-based” modes of decision-making.

In Germany, this position is represented by the first generation of the (now) radical-right Alternative for Germany party, which from the outset developed as a voice the quasi-rational EU-skeptic anti-tax movement. During the migration crisis, its critique of the system morphed slowly into aggressive nativism, now openly displaying racist and revisionist positions. In Sweden, technocratic populism is represented by the Citizens Coalition, which packaged its political language in terms of dispassionate rationality and a defense of secularism at all cost.

At the time of the release of Thorsell’s book, dystopian talk about an immanent Systemkollaps — the alleged “collapse of the system” — was omnipresent. The term indicates that the crisis not was humanitarian, but could be perceived — and potentially fixed — on a systematic level, like a bug that had infected the algorithms of a perfect political hardware or software. The initial exclusion of AlternaMedia from the book fair could furthermore be framed as yet another piece of evidence behind the government plot of “hiding the truth” at all costs.

Thus, the recovery of MS Estonia in book form was mobilized as a battering ram for the launch of other, more radical political messages. The Swedish radical right could capitalize on an already established conspiracy narrative serving as yet another proof of diabolic deception.

Torsell arrives at the same conclusions as his fellow authors, with the spectacular twist that Finnish military divers are said to have recovered secret military equipment on board of MS Estonia. The purported “disaster of the Swedish state” is described as a consciously coordinated plot between the government, the church (of all things) and the media. In a review for the New Times, the “Germanic honesty” of Sweden — which manifests itself through reliable and accountable government action and “naïve trust” — is opposed to the contemporary collapse of governance lost in a swamp of corrupt complots.

From there it is easy to draw a line to the next dot and to argue that conspiracy and deception represent the matrix and essence of Swedish governance per se. Over the last decades, various conspiracy theories related to MS Estonia have repeatedly been promoted and popularized, and thus received a status of a trope of disaster in political rhetoric. The tragedy will most certainly be recovered as a vessel of political language in the future. 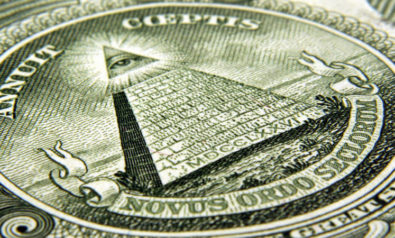 The Video the Illuminati Don’t Want You to See