An online petition has been launched, calling on FC Barcelona to ditch Qatar Airways as its shirt sponsor.

Qatar is discovering the reputational risk involved in hosting mega sporting events. Qatar Airways’ sponsorship of FC Barcelona is producing exactly the kind of publicity that is a corporate sponsor’s worst nightmare, while a Swiss investigation of the Qatari World Cup 2022 bid threatens to expose questionable financial dealings that will fuel demands for withdrawing the tournament from the Gulf state.

An online petition, calling on FC Barcelona to ditch Qatar Airways as its shirt sponsor unless it “treats its workers fairly,” has collected more than 50,000 signatures in only a few days.

The petition was launched in the wake of an International Labour Organization (ILO) report based on a year-long inquiry, which accused the airline of gender discrimination—with the backing of the government—by retaining the contractual right to fire cabin crew who become pregnant and by forbidding female employees to be dropped off at or picked up from company premises by a man other than their father, brother or husband.

To be fair, Qatar Airways has addressed some but not all of the ILO’s concerns in changes to its employment contracts. The vast majority of the airlines’ cabin crews are women, while migrant workers account for 90% of its staff.

“The women who work for Qatar Airways face an extremely grim reality: cabin crew are being exploited, imprisoned without charge, forcibly confined on company premises and automatically sacked if they become pregnant. These abuses are an everyday event not only in Qatar Airlines but in the Qatari national employment system,” the petition says. “Barcelona’s millions of fans see the team as ‘more than a club,’ revered not only for the quality of its players—like Neymar, Andrés Iniesta and of course, Lionel Messi—but for its allegiance to ethics, fairness and social justice. That’s why we’re asking the world’s most respected football club to cut ties with the airline until workers conditions improve.”

Barcelona signed a €150 million deal with Qatar Foundation for the 2011-12 season, which has since been replaced by Qatar Airways as the club’s shirt sponsor.

Beyond being a sponsor’s worst nightmare, the petition constitutes the first indication of a groundswell of fan opposition to Qatar’s hosting of the World Cup in 2022. Intermittent smaller protests in Britain focused on the overall plight of migrant workers, who constitute a majority of the Gulf state’s population, and allegations that Qatar had bought the votes it needed to win its hosting rights. Allegations of wrongdoing in its bid have been fueled as a result of the worst corruption scandal in the history of world soccer body FIFA, which has sparked separate investigations in Switzerland and the United States where 14 people, including senior FIFA executives, have been indicted. Qatar has repeatedly denied wrongdoing.

Switzerland’s attorney general, Michael Lauber, disclosed that his investigation had flagged a total of 81 instances of possible money-laundering linked to the Qatari bid and that of Russia for the 2018 World Cup. Lauber said he was “very pleased with analysis work done by the Money Laundering Reporting Office Switzerland as it is of great support to the (Swiss) criminal proceedings.”

The groundswell of fan hostility toward Qatar, coupled with the investigations, undermines the very purpose of the Gulf state’s massive investment in the World Cup, which was designed to brand it as a cutting-edge 21st century state and embed it in the international community in ways that other countries would come to its aid in an emergency.

Qatar’s model is the liberation of Kuwait from Iraqi occupation in 1991 by a US-led international coalition. Fan hostility toward Qatar suggests that public opinion would be less sympathetic to the country, a tiny state incapable of mustering the hard power to defend itself on its own, than it was toward Kuwait.

Not to mention that sponsorship of FC Barcelona was intended to enhance Qatar Airways’ image as a five-star airline that connects continents via its hub in Doha. Beyond making good business sense, the airline is like sports—a key pillar of Qatar’s soft power strategy that increasingly is struggling to achieve its goals.

Airlines in the Gulf

Criticism of Qatar, including Qatar Airways, is fueled as much by facts that the Gulf state has promised to address—even if it largely has yet to match words with deeds—as it is by prejudice, arrogance and ulterior motives.

The Barcelona petition comes as the Qatari airline—alongside two other Gulf airlines, Emirates and Etihad, which are both based in the United Arab Emirates—is locked into battles with American carriers, who allege that they have distorted competition by benefiting from tens of billions of dollars in government subsidies. The Gulf airlines have denied the allegation.

The complaint of the US airlines, who are unable to match the level of service of their Gulf competitors, in part because they face no competition in their lucrative domestic market, ignores the fact that they have repeatedly been bailed out of bankruptcy by US government support. The Financial Times recently calculated that over the years, US airlines had benefitted from almost four times the $42 billion that they allege Gulf governments have invested in their airlines.

Nonetheless, recent responses to criticism from Qatar, angry at what it sees as a biased anti-Arab and Muslim campaign against it, have done little to further the state’s soft power goals.

“I don’t give a damn about the ILO—I am there to run a successful airline. This is evidence of a vendetta they have against Qatar Airways and my country,” Qatar Airways CEO Akbar al-Baker said in June.

A different response, together with engagement with Barcelona fans, may not have prevented the launching of the petition, but it could have cast the debate in a different light—a move that would have made both political and commercial sense. 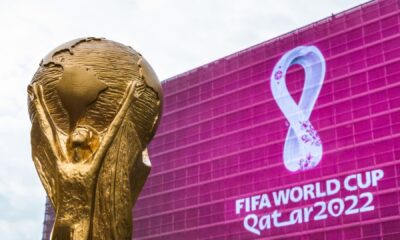