This week, the delegations of the European Union and the United Kingdom started the institutional meetings concerning the Brexit deal negotiations. The transition period during which the two sides may possibly find an agreement on a variety of issues — almost everything from trade to migration — and avoid a no-deal Brexit is set to the end on December 31, 2020. A few days ago, British Prime Minister Boris Johnson warned that if “good progress” were not possible, a no-deal Brexit would be envisaged because “the UK would not trade away its national sovereignty.”

On the opposite side, Michel Barnier, the EU chief negotiator, quickly replied by stating that “the EU will stick to its prior commitments,” indicating that the European Union will keep its intransigent stance in the coming talks, firmly rejecting the possibility of a EU-Canada style deal. Amalie de Montchalin, the French minister of European affairs, has echoed this sentiment. Each side’s entrenched stances are reminiscent of the negotiations that went into agreeing on Brexit to begin with.

As the Fog of Getting Brexit Done Begins to Settle, What’s Next for Britain?

While it is tempting to argue which side has more of an interest in coming to a beneficial trade deal, it remains an open question as to who the stronger party is. Nevertheless, Johnson’s strong Brexit belief is an undeniable advantage over a divided Europe. Johnson can benefit from the new strategy of the radical right in Europe: abandoning an open call for EU withdrawal for gradually imposing its presence within Brussels. Barnier, be warned?

The EU is pointing to a comprehensive framework, with the European Court of Justice in Luxembourg having the last word in case of disputes. The UK would prefer a deal with no tariffs and quotas for trade and a set of different ad hoc agreements covering fields such as fisheries, financial issues, aviation and migration. For Johnson, CETA, the Canada-EU trade deal, is the very ideal scenario, which the EU has ruled out altogether.

In the case a deal is not reached by both sides by the end of the year, the chances of the UK adopting basic the World Trade Organization’s default rules are likely. At this moment, every consideration about the future of the UK with a no-deal Brexit is highly speculative. Considering there is little doubt that the costs of Brexit paid for by the UK are already estimated to be around $170 billion, the price that will be paid in the future is not easy to calculate.

Some policy experts have already referred to the possibility of a tax haven, or a “Singapore-on-the-Thames” hypothesis. However, this would be expensive domestically, according to a senior officer at the Organization for Economic Co-operation and Development: “The negative impact of Brexit on UK competitiveness may push the UK to be even more aggressive in its tax offer. A further step in that direction would really turn the UK into a tax haven type of economy. … The mood of the people is certainly not about giving more benefits to large MNEs (Multi-National Enterprises), making it a hard move to any new government.”

The move would jeopardize the possibility of building a friendly relationship with former EU partners. However, a helping hand is coming from the radical right in Europe and its new stance of increasingly integrating itself in the EU’s institutional mechanisms. If the move succeeds, the EU may find itself increasingly friendly toward sovereigntists and radical-right parties across the continent.

Johnson and the UK delegation will find strong support among the European radical-right parties. The EU’s inflexibility in the coming talks will provide fodder for Matteo Salvini and Marine Le Pen. Those populist leaders have openly abandoned the idea of a withdrawal from the European Union, which would also be too detrimental in electoral terms, preferring the possibility of changing the rules of the game from within. In fact, the euroskepticism of the 2010s that produced calls for a withdrawal from the EU has largely given way to a different far-right strategy: to gain influence within European structures and use them to advance its agenda.

This about-face partly reflects the interests of the electorate. Le Pen’s National Rally has stepped back from the idea of Frexit and leaving the euro bloc because “The French people have shown that they remain attached to the single currency,” according to a party document. Or, as Salvini, the leader of Italy’s League party, has said, “We don’t want to leave anything; we want to change the rules of the EU from the inside.”

That Frexit and Italexit have been abandoned, at least for the time being, can already be seen in the rather mild reactions by the far-right parties to Brexit at the end of January. Le Pen, Salvini and Vox’s Santiago Abascal all agreed on the necessity to respect the “will of the people” and also warned the European Union not to use Brexit negotiations to punish the UK, deterring other EU member states from considering the possibility of a withdrawal.

Also, the populist Brothers of Italy, lead by Giorgia Meloni, have recently been gathering important electoral support by openly supporting a positive attitude toward EU institutions that have to be “recast completely” in accordance with the will of the European people. In synthesis, all major far-right parties in Europe, with the exception of the Alternative for Germany (AfD) and a few others, are now cautious about using the threat of a possible withdrawal. The AfD has openly called for Germany’s possible “exit” from the EU, the first major German party to adopt such a policy.

While we had thought that we’d gotten over the worst of Brexit, it seems there is a lot more to come. With a tough deadline set for December this year, Boris Johnson has upped the ante, demanding the EU gets its act together and negotiates a mutually beneficial trade deal. But is it that simple? As we have shown, far-right parties and the pro-European camp are divided over a lot. The same would go for how far the bloc is willing to “punish” the UK for its decision to walk away. After all, the EU must remember the huge financial vacuum it is still grappling with since Brexit officially came into force.

Johnson too must be wary of pushing too hard, lest all those doomsday forecasts for the British economy come to pass. Moreover, all those considerations should take into account the broader picture: all the instability deriving by the COVID-19 pandemic affecting economies and financial markets, the precarious situation in the Middle East constantly teetering on the edge of a large-scale conflict, and the upcoming US presidential election. 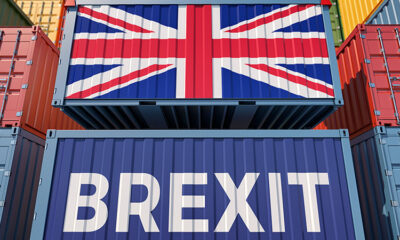 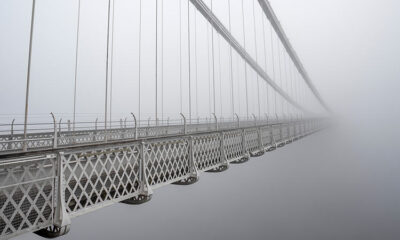