A physical structure whose material reality is often less important than its symbolic value.

Until January 31 of this year, there was both a tunnel linking Britain to the continent and a powerful (metaphorical) bridge called the European Union. Now the tunnel is all that connects England and Europe. Johnson’s engineers are hard at work dismantling that symbolic bridge, which may explain why Boris feels the still-united kingdom needs a new physical bridge — a symbol to replace a symbol. That the experts believe building it and keeping it functioning may prove impossible doesn’t change the fact that Boris needs it for its symbolism.

Britain’s latest prime minister, who has so often juggled with the truth, should probably take up a more serious form of juggling. His past decisions and opportunistic promises have put him in his current position. He now finds himself having to coordinate the trajectories of a number of objects that he has sent flying through the air in random directions while proclaiming to the outside world that he is in total control.

For the moment the film is in slow motion, and we can only see the initial moments. This allows today’s spectators to admire the perilous positions of the various objects and wonder how the master juggler will manage the trick of keeping the movement going without any of the objects crashing to the floor.

A still camera that could peer behind the public mask might show us that the permanent schoolboy smile of the juggler has turned to a grimace of concern. For the moment, just two months after his triumphal election, things haven’t been going quite as Boris had planned. He is discovering a sea of troubles and an ocean of concern. Europe is still unconvinced that the two parties will be able to hammer out a definitive trade deal by the end of the year, and the Europeans are willing to prolong it. And now his Atlantic strategy is up in the air.

On the European front, ever confident in his expert juggling ability, Boris has imposed an absolute cut-off date. His insistence on getting Brexit done opens the door to the great unknown. Europe be damned. Johnson has hinted that the problem will be at least partially solved by a rapidly negotiated trade agreement with his dear friend at the helm of the US, Donald Trump. Together, the two of them had hatched a plan to leave the European Union standing on the sidelines.

Alas, Boris Johnson’s soulmate relationship with The Donald has encountered a serious hurdle. Since Brexit itself was a kind of declaration of independence, Johnson was astute enough to realize that to please his electors and remain consistent with his values, he had at least to maintain the illusion of independence by showing that he could play hardball with the US, just as he has been playing hardball with Europe.

He thought he had found a symbolic way of doing that when, in the face of US objections to Britain’s buying in Chinese technology, he offered to compromise by doing only a partial deal with Trump’s archenemy, Huawei. (Actually Trump has many other archenemies, but China is clearly the archest, if only because of its size and power).

Trump reacted immediately, feeling that Boris was pushing the symbolism too far when Johnson ignored his pleas and threats and committed to signing a modified deal with Huawei. But even reduced to a partial commitment that claimed to avoid all security risks wasn’t enough to satisfy Trump. The Donald sees China’s powerfully funded and well-organized advances in technology as a threat to the prevailing US primacy in the field. Trump insists that any friend or trading partner of his must commit to an absolute boycott.

Johnson bravely stood his ground, citing the interests of the British people and the economy. But Trump wouldn’t have it. Business Insider informs that “President Donald Trump reportedly vented his fury with UK Prime Minister Boris Johnson during an ‘apoplectic’ phone call last week.” By countering the will of his bosom friend Donald Trump and allowing China’s telecom giant Huawei to provide 5G infrastructure for the UK, Johnson now finds himself cut off from the privileged status of being the first to do a trade deal with the US, before Europe.

So now, with no lifeline to Europe, does Johnson have to choose between Trump and Xi Jinping? The good news for Johnson and the bad news for Trump is that Germany and the rest of Europe are not only coming to Johnson’s defense but making the radical decision to openly defy Trump, something they have consistently failed to do in the past. Business Insider now informs us not only that “the German government is also preparing to rule out a ban on Huawei” but also that “Other European leaders are set to follow their lead and defy Trump after the president failed to follow-through on his threats to the UK.”

The irony should escape no one. Europe is showing its solidarity with the man who canceled the UK’s solidarity with Europe. Still, that leaves Johnson with a closed door across the Channel and now, at least for the moment, a door slammed shut across the Atlantic. At least Canada is still in the Commonwealth.

But Johnson is aware that there is an even bigger problem in the offing: the permanence of the United Kingdom. For at least two good reasons it runs the risk of rapidly becoming disunited. Northern Ireland is in limbo. You could compare it metaphorically to the “hanging chad” in Florida’s notorious 2000 presidential election. We don’t know if Ulster belongs to Europe, Britain or both. And Scotland appears ready to declare its candidacy for European status as an independent nation as soon as the Brexit transition period ends. Johnson wants to tie Scotland and Northern Ireland together with a bridge — a UK bridge designed to function as the knot that holds the northern Celtic lands firmly attached to England.

If the specter of disunity hanging over Johnson’s head is more like a sword of Damocles than a Floridian chad, it becomes easier to explain the prime minister’s obsession with building a bridge many will be tempted to call “Johnson’s Folly.” The bridge, if it existed, would clearly have a positive economic impact on both the Scottish and Northern Irish sides in a newly united kingdom. But juggling a 22-mile bridge with the left hand and Donald Trump with the right — while Europe stands opposite taunting the juggler to his face, and Scotland cries for liberation — may end up unsettling the sense of balance and rhythm even of a star performer like Boris Johnson.

Bridges are great symbols. Because people perceive them not just as useful means of overcoming natural obstacles such as rivers or chasms but also as symbols of a strong connection, the misuse of bridges can lead to disastrous results. If the damage is only symbolic, most people won’t complain too directly, even if it brings about suffering, as Brexit is most likely to do. But if a bridge becomes a public symbol of the designer’s or promoter’s folly, it can destroy that person’s reputation.

In many places throughout history, there have been “bridges to nowhere,” constructions that never made sense or could not be completed. As a website dedicated to these bridges informs us, “Bridges to nowhere are international monuments of failure.” Will this be the fate of Boris Johnson’s bridge?

The British have had funny takes on projects for bridges, none funnier than the maintenance project for a real bridge — the Menai bridge in Wales — mentioned in Lewis Carroll’s “The White Knight’s Song.” Carroll wrote the song in “Through the Looking Glass” as a parody of William Wordsworth’s poem, “Resolution and Independence.” In it, Wordsworth describes his encounter with an impoverished leech-gatherer on a desolate moor in England’s Lake District. Struck by the miserable condition of the man, the poet asks him, “What occupation do you there pursue?”

In Carroll’s parody, the poet asks a similar question but then explains why he, like Wordsworth’s wandering poet, was so distracted by his own thoughts that he failed to pay attention to what the old man told him:

“I heard him then, for I had just

To keep the Menai bridge from rust

By boiling it in wine.”

The experts appear to think that the White Knight’s solution for the maintenance of the Menai bridge is at least as realistic as Johnson’s plan to build a bridge across the Irish Sea. Though lacking in strong symbolism, Carroll’s would certainly be less expensive, unless the British were required to pay heavy duties on imported French wine. 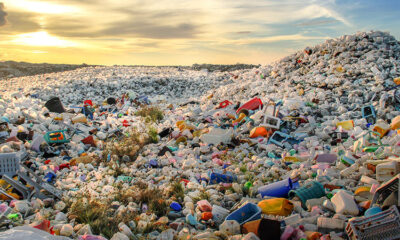 When Will Boris Johnson Be Committed? 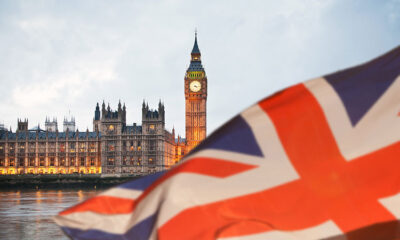