The Dietenbach development in Freiburg highlights the web of tensions that cities face when environmental and social justice objectives don’t quite align.

A planned climate-neutral housing development in Freiburg, Germany, has become the subject of a fierce city-wide debate. On February 24, 2019, the city’s 220,000 inhabitants will be asked to vote to decide whether the new Dietenbach district will go ahead. This looks set to be a defining moment for Germany’s poster-child of ecologically sustainable living.

Freiburg’s high quality of life has long made it a sought-after location, topping the charts nationally for average annual hours of sunshine and with the fairytale Black Forest on its doorstep. The city is growing fast: The last two years saw record birth rates, and close to 25,000 more people are expected to join them by 2030 — placing pressure on infrastructure and public services. Housing is already in high demand. Statistics published by the city administration indicate a vacancy rate of just 0.5% of available housing, with 1,500 people on the waiting list for emergency accommodation, and tenants spending on average 38% of their income on rent. This is well above the EU average of 28% and approaches the typical 40% threshold at which point low-income earners are considered overburdened.

The city administration sees the project as an essential response to these circumstances and has identified a site of 110 hectares, about 4 kilometers west of Freiburg’s city center, as the only viable place to realize it. The area is made up of primarily farmland for corn and wheat production, meadows and a small wood along its south-western border. The wood is rich in bird life, and part of it will make way for housing, sports facilities and a tramway as detailed in the current master plan.

Overall, the plan is to provide 6,500 apartments at medium density (up to eight stories), as well as schools and kindergartens, with 60 hectares to remain open space. In November last year, the council decided by a majority vote on a 50% quota of state-subsidized apartments. However, the subsidy is to be limited to 60 years, and only half of these apartments will remain in public hands, since the majority of the site is to be developed privately.

Critics reject outright the city’s claims that Dietenbach will be affordable, dismissing the council’s decision as non-binding and pointing to the failure of previous districts (Vauban and Rieselfeld, both developed in the 1990s) to secure long-term affordability. A petition against the development initiated by the group Rettet Dietenbach (Save Dietenbach) was signed by over 15,000 people in October last year. State legislation allows citizens to demand a referendum if enough eligible voters oppose the measure, and the petition exceeded the required quota of 7%, forcing the city to put the issue to a public vote.

The group condemns the loss of biodiversity and arable farmland (among their numbers are farmers reluctant to sell a total of 8.5 hectares of land needed for the site) to accommodate the development, arguing that Freiburg runs the risk of losing its Green City reputation. They advocate for an alternative, dispersed development approach to address housing needs, including building on top of existing medium-rise apartment buildings and over assets such as car parks. The city in turn insists that such an approach will be too small-scale and too expensive.

Dietenbach has been widely promoted as a future climate-neutral district — the first of its kind in Freiburg. Yet some significant work will be needed to ensure the district doesn’t just perform well on energy consumption but supports the city’s overall climate resilience too. The site is within a flood risk zone and will require a considerable amount of backfilling to mitigate the risk of inundation. City planners say that, although the development will lead to the loss of significant green space, key cooling corridors will be retained, including two along the Dietenbach-Aue and Käslebach rivers – while an ecologically significant biotope will be retained, restored and connected to other existing biotopes through green-corridor planning.

Roofs pitched under 25 degrees are required to be green (if not equipped with solar panels), and green facades are planned. While not all impacts can be precisely calculated at this stage of the design, an impact assessment commissioned by the administration concludes that an environmentally compatible development is possible in principle.

However, public consensus is no straightforward matter in a city with a strong tradition of participatory local politics, rooted in a 1970s citizens’ movement that stopped a nuclear power plant being built in nearby Wyhl. Nor is the issue a clear case of pro-development versus environmentalists. Political persuasions from left and right can be found in both the “yes” and the “no” camps: Many locals who value access to locally-grown produce and forest hikes are also anxious about finding an affordable place to live in the future. And the level of public engagement with the issue has been phenomenal: Over 1,300 people attended a public debate in early February, and the local paper, the Badische Zeitung, is running on average a full-page article every week.

For now at least, the decision rests in the hands of the people. But that doesn’t stop with the referendum, as Wolfgang Teubner, regional director of ICLEI – Local Governments for Sustainability, which has its European headquarters in Freiburg, points out. According to Teubner, “from the point of view of sustainable development, Dietenbach is certainly no dream project, but it is a necessity in order to maintain social harmony and social integration in the city. It should be clear to all involved that this district will only be widely accepted if it develops sustainably and viably, that is, meeting the challenges and demands post-2050.”

The Dietenbach development highlights the web of tensions that cities face when environmental and social justice objectives don’t quite align. On the one hand, Freiburg is a great example of an active public engaging with its future, and a city administration prepared to take action both for climate and housing — some of the biggest issues faced by cities across Europe. On the other hand, significant questions remain regarding how the development will be delivered to achieve genuine results for both climate resilience and social equity.

A referendum in itself is imperfect because, by definition, it splits a complex problem into two radically simplified camps. If the project is to succeed, the city administration needs to provide legitimate and constructive avenues for further democratic participation. As Teubner notes, a successful outcome here “requires the engagement of civil society – not just in the financing, for example through housing cooperatives – but also in the design and the implementation in the daily lives of the future residents.” One thing is clear: Even if Dietenbach gets the green light on February 24, the city’s work is just beginning. 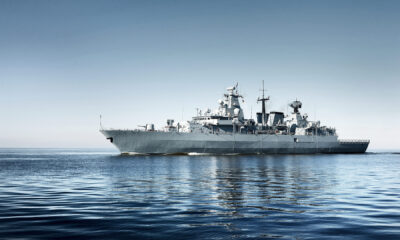 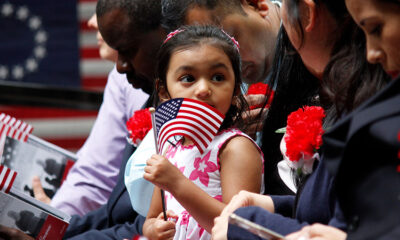