Belgium presents a “negative” case where the radical right has experienced a downward electoral spiral.

The majority of recent research has focused on the rise of populist radical-right parties in contemporary European politics. Recent cases such as Italy (Northern League), Austria (The Freedom Party), Hungary (Fidesz), Germany (Alternative for Germany) and the Netherlands (The Party for Freedom) have shown how the radical right has benefited from events such as the ongoing refugee crisis in Europe. However, it is important to note that this is not the case across all EU member states. It follows that much less attention has been paid in the academic literature in understanding cases where the radical right has seen electoral decline.

Belgium, for example, presents a “negative” case where the radical right has experienced a downward electoral spiral. The political scientists Arendt Lijphart and Kris Deschouwer have outlined how the Belgian political system is a highly complex consociational set-up that has historically led to frequent coalition governments being formed due to its multi-party arrangement, with French (Walloon) and Dutch (Flanders) speaking political parties being represented in coalition government.

Historically, these linguistic divides were the reason for high party fragmentation in the country. In addition, the underlying party competition that structures both Wallonian and Flemish politics is different. In 2010, it took a staggering 541 days  — a world record — for Belgian politicians to form an official government. This pattern further underlines the complexity, patterns of electoral volatility and uniqueness of the Belgian political system.

In the early 2000s, the radical-right Flemish Interest (VB) dominated the Flemish political landscape, winning 24% of the overall vote in Flanders in 2004. The VB was often seen as a case where the radical right had prospered electorally. However, since reaching this short-lived apex, the party has been in significant decline for over a decade. A key court ruling in 2004 considerably weakened VB’s momentum. The party originally known as Vlaams Blok (Flemish Block) was forced to set up a new party after the 2004 trial condemned it for racism. Since the founding of the newly created Vlaams Belang, the party has suffered a drastic reversal in its electoral fortunes.

In the 2014 federal election, VB’s vote share declined by four percentage points, receiving 3.67% of the ballots cast. At the same time, the party saw a reduction of 9 seats, from 15 to just three, in the chamber of representatives; it witnessed a similar fate at the 2014 European Parliament elections.

What core factors have caused this electoral decline for the Flemish Interest? The first key factor comprises party competition on the socio-cultural dimension of politics. In recent years, Flemish politics have been tensely polarized, particularly around the issue of Flemish independence. The conservative center-right New Flemish Alliance (N-VA), led by Bart De Wever, has adopted tough rhetoric on Flemish nationalism, embracing secessionism by seeking to eventually separate from the Belgian nation-state and form its own Flemish community. At the same time, N-VA has dominated the Flemish political landscape in Belgium and outperformed the VB.

One key explanation for this pattern is the N-VA’s cooptation of two key issues that VB was most often associated with. Our recent research shows how the N-VA sought to emphasize the salience of the immigration issue alongside further highlighting the importance of Flemish independence. Such a restrictive strategy on immigration was likely an effective one, particularly in outperforming VB in the 2010 federal election.

It is conceivable that N-VA have offered a more ideologically palatable and credible party strategy for voters in Flanders, compared to the rhetoric of the radical-right VB. But the N-VA’s right-wing political shift and restrictive positions on immigration have resulted in a high degree of electoral success, with the party gaining an incredible 44% of VB’s voters in the 2010 election. These same electoral patterns have continued into the 2015-18 refugee crisis period and underline how VB has become even more of a peripheral player in Belgian party politics.

A second and important factor that has also contributed to the long-term electoral decline of Flemish Interest is the ideological tensions within the party itself. VB has suffered from serious internal splits between its two main warring factions. These have polarized the party, with two contrasting strategies being offered. The current party leadership has outlined mainstreaming (a so-called Marine Le Pen 2.0 strategy) and toning down the party’s rhetoric and language on key issues such as immigration and European Union integration. In contrast, a much more hostile strategy of radicalization has been put forward by another faction of the party. This internal schism has resulted in a loss of credibility among voters that the VB is capable of handling key electoral issues in Flemish politics.

A third factor is the so-called cordon sanitaire policy to effectively shut out the VB from ever entering mainstream Belgian politics. As Teun Pauwels and Emilie van Haute demonstrate, the “cordon sanitaire is an agreement between other parties in the system not to cooperate with the VB under any circumstances at any political level.” This strategy by the main political parties in Belgium means that the VB can only ever remain an outsider and peripheral player in the country’s political arena. Even if the VB were to suddenly increase its vote share substantially, this would not likely aid the party. This is because mainstream Belgian parties would not cooperate, effectively prohibiting VB from gaining any real power.

The New Flemish Alliance has been able to outperform the radical-right Flemish Interest on key issues such as immigration and Flemish nationalism, effectively causing the downfall of the VB over the last decade. Though the ongoing refugee crisis has remained a highly politicized issue in Belgian politics, VB has not been able to capitalize from this issue electorally. The next federal election is scheduled to be held in May. Based on current polling projections, VB may perform marginally better electorally. However, it is highly likely that the party will continue its long electoral slide, with parties such as N-VA continuing to benefit from its weakness.

Though the Belgian case is a highly complex and an outlier in comparison to many other Western European countries, important implications can be drawn from demonstrating how center-right parties have the capacity to outperform the populist radical right on key electoral issues such as immigration. This is an important point to highlight as it suggests that center-right conservative parties may ideologically shift further to the right of the political spectrum, essentially mimicking the strategy of populist radical-right parties in seeking to capitalize on the salience of the immigration issue and outperform them electorally in national parliamentary elections.

As demonstrated recently in our article for LSE EUROPP, this strategy by the center right may serve to further legitimize the rhetoric of the radical right and bring it into the political mainstream. Recent election results in Hungary, Sweden and the Netherlands demonstrate how mainstream parties, particularly on the traditional center-right spectrum, have effectively sought to mimic the language of the radical right on key issues. This election strategy may serve to weaken liberal democracy in the long term across EU member states. 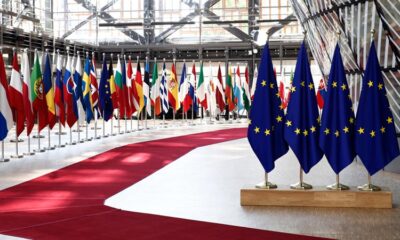 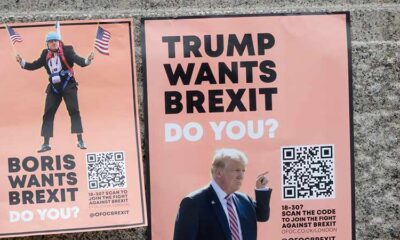 Will 2020 Be Another Victory Year for Trump and Brexit?